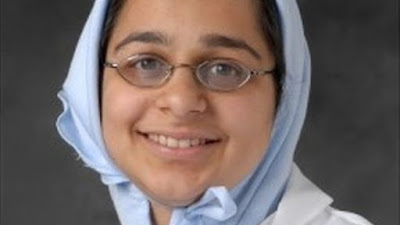 Last month, I posted about an Ethiopian man who was deported after serving a 10-year prison sentence for cutting his daughter's genitals.

In recent news, a woman doctor was charged with performing female genital cutting on young girls between six and eight years of age. Apparently, she's being doing this for 12 years, and if found guilty, she faces life in prison.

Female genital cutting was made illegal in 1996 under the umbrella term "Female Genital Mutilation" (FGM). I assume that this law refers in particular to the forced genital cutting of girls for cultural or religious reasons, because women can go to doctors for "labiaplasty" and "vaginal rejuvenation" without a hitch.

In fact, there's a website openly running for a labiaplasty clinic in Cleveland, Ohio, right here.

My Thoughts
On the one hand, this ought to be the fate of any doctor who performs non-medical surgery on healthy, non-consenting individuals.

On the other, whatever happened to "religious freedom" and "parental choice?"

I mean, at least for the case of male infant circumcision, the argument seems to be that doctors are these vassals who are supposed to respond to a parent's every beck and call.

What is the doctor in this case truly guilty of, other than honoring a parent's request and respecting their religious beliefs?

Whenever somebody objects to male infant circumcision, someone always has to defend it on the grounds that prohibiting it would be a "violation of religious freedom," and a "violation of parental rights."

For better or for worse, female genital cutting is a religious and/or cultural obligation for those who practice it. If this weren't so, people would not be risking their reputations, facing charges, being deported etc., to perform it.

Navigating the FGM problem without hypocrisy is impossible, and this is becoming increasingly obvious in this day and age.