Poetry Corner - To Me 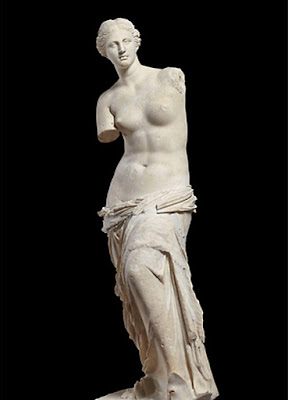 This is the sixth in a series of poems and song parodies that I wrote for a contest that centered around male infant circumcision. The contest encouraged original songs and poems, as well as parodies of other works. For my last Poetry Corner entry, I posted a poem inspired by the Japanese song "Akatonbo."

This time around, I'm posting a parody based on poetry written by American circumcision mogul Edgar Schoen.

Actually, this was the first poem I ever wrote concerning circumcision. It was a reaction to poetry I heard recited by Edgar Schoen on the circumcision episode of Penn and Teller's Bullshit.

It's a great work of art like the statue of Venus,
if you're wearing a hat on the head of your penis.
When you gaze through a looking glass, don't think of Alice;
don't rue that you suffered a rape of your phallus.
~Edgar Schoen on Penn and Teller


That's what I heard Edgar Schoen recite on Penn and Teller. Hearing this horrendous monster recite poetry to praise his own goddamn work made me so angry I couldn't stop thinking about it. First he mutilates children, and then he writes poetry about it. It made me fucking sick. The more I thought about it, the angrier I got. Until finally I came up with my own poetry to help me cope. The following was the best I could do:


To Me
Some people liken the circumcised penis
To beautiful art, like the statue of Venus.
Reducing their subjects to art in a palace,
They care not that men rue the rape of their phallus.

But To me, such a penis just looks very sad,
regretfully mourning the sheath it once had;
Crushed in a clamp and sliced off at birth,
or soon after waiting 8 days in a bris;
Fixed in a state of perpetual despair,
with its tender and vulnerable glans
forever exposed to the air.

When I first heard Schoen's poem, it wasn't clear to me that the first two lines were actually a backhanded compliment to anatomically correct male genitals. In fact, after reading the whole work, which can be found here, I realized the whole poem was bemoaning the fact that male infant circumcision was a dying trend. He was desperately attempting to label having a foreskin a "passing fad," which makes no sense when you consider that the foreskin is a normal, healthy body part found in all male infants at birth, just like ears, lips and eyelids.

It's interesting he compares having a foreskin to the Venus of Milo, which is *missing* her arms. Rather delusional if you asked me. Boys aren't born "missing" anything; circumcised boys and men are the ones whose foreskin has been sliced off.

Perhaps the most damning part of Schoen's poem is this:

When you gaze through a looking glass, don't think of Alice;
don't rue that you suffered a rape of your phallus.

I'm not sure what is worse; the fact that this despicable excuse for a human being actually wrote poetry for his sick, disgusting obsession, or the fact that he actually managed to get not one, but TWO POEMS published in what is/was supposed to be a respected medical journal, the American Journal of Diseases in Children. (Both poems readable here.) As if writing poetry glorifying male infant genital mutilation weren't enough, the editors of the journal didn't see a problem with publishing it in a peer-reviewed journal. Posting poetry expressing profanity against the human body in what is supposed to be a professional medical journal makes a mockery of science and modern medicine, like graffiti tarnishing an important building. What were the editors thinking?

Anyway, this is the poem that started it all.

I really do think it is disgusting that circumcisors see themselves as "artists," and helpless children their unwitting subjects. I explore this idea on a separate post about ikebana, Japanese flower arrangement.


May this one day apply to boys and men also.

REPOST: Of Ecstasy and Rape, Surgery and Mutilation


Poetry Corner - Haiku
Posted by Joseph at 10:15 AM No comments: