I'm not sure what to make of this. It looks like Jewish LGBT (gay, lesbian, bi-sexual, transgendered) leaders have joined the chorus of Jewish, Muslim and other religious organizations that are banding together against the San Francisco circumcision ban that will be on the November ballot.

And, as if that weren't enough, they simply just couldn't resist bringing out the Foreskin Man comic straw man to give it a good beating. I've already addressed the futility in a previous post:
http://joseph4gi.blogspot.com/2011/06/anti-semite-card-no-longer-washes.html

Pro-circumcision groups are pulling out all the stops, from "religious freedom" (well, at least the freedom of their religion), "parental rights" (at least the rights of parents of boys), and, get this, "public health." (Yes, if scientists discovered better alternatives to circumcision, I can just see Jewish groups abandoning circumcision...)

Apparently, the Jewish LGBT leaders are pushing circumcision as a preventative measure for HIV, despite the fact that the studies say circumcision is of no use to gays.

And, despite the fact that circumcision doesn't prevent HIV in the real world. (Six African Countries, Malaysia, The Philippines, our own country, etc.)
http://joseph4gi.blogspot.com/2011/05/where-circumcision-doesnt-prevent-hiv.html

It just boggles the mind how religious groups can't seem to make up their minds. Is this a "religious rights," issue, or is this a "public health" issue? Are babies born at risk for HIV transmission? Are they climbing out of their cribs, traveling to sub-Saharan Africa where HIV rates are 20 to 40 times higher than in the U.S. and engaging in risky sexual behavior? Does not being circumcised somehow disable a man from using a condom, which he would still need to use whether is circumcised or not?

For whatever reason, the authors of the above article felt it important to know Schofield's orientation and circumcision status, and they seem disdainful that they couldn't get these out of him, as if this were any relevant to the issue at hand. Do people ask your sexual orientation/circumcision status if you're against female genital cutting? Does being a non-circumcised straight woman somehow disqualify you if you're against FGM?

Says Jewish LGBT leader Slepian: "I think that all LGBT people, but especially gay Jews, should be wary when people attempt to use police power to criminalize behavior that in our communities are viewed as normal and natural and have been part of our tradition for thousands of years..."

Says Rawlings-Fein, who conducted the Brit Milah circumcision ceremony on his own son: "We wanted to make sure that we made a conscious decision and that's the case with a lot of people, especially in our synagogue... That parental decision is a big part of it. I think that you have to acknowledge that parents are taking care of their children in the way that they see fit religiously and medically."

Except if the child happens to be a girl. The "parental decision" to circumcise a girl as "parents see fit" would land them in jail.

And here it is again, the pretense that medicine has anything and everything to do with the "decision" to conduct an irrevocable religious ceremony on a healthy, non-consenting child. Let's ask Rawlings-Fein to reveal to us the medical ailment that necessitated his son's religious circumcision ceremony.

Says openly gay District 8 Supervisor Scott Weiner, who is Jewish: "This proposal is rallying the Jewish community, including very progressive LGBT Jewish people who are really offended by this false message that circumcision is somehow barbaric or similar to female genital mutilation."

This statement is rather ignorant and self-serving; the claim that male circumcision is barbaric is dismissed as "opinion," but the claim that female circumcision is barbaric is assumed to be immediately self-evident. The message that circumcision is "barbaric" and/or similar to female genital mutilation is "false" only to those who refuse to see the genital cutting of boys as "barbaric mutilation." Communities and ethnic groups that practice female genital cutting as a cultural tradition or religious rite certainly don't see their practice as "barbaric mutilation," yet nobody seems to think this insinuation is offensive to them.

The above statement is ignorant to the fact that some female genital cutting is equivalent, if not less severe than male circumcision; the federal ban on FGM forbids them ALL. For better or for worse, a ban on all FGM without exempt for religious ceremonies violates "religious freedom" and "parental rights," but Jewish LGTB leaders do not seem to care to express concern here.

Says State Senator Mark Leno: "My read of it, and that of every legal scholar that has assessed it, quickly determined that it is a First Amendment right... As a Jewish man this is a great concern and as a strong defender of a women's reproductive choices I'm well aware that any legislation that ... interferes with the decision-making process between a physician and a family should be discouraged."

And here again, there seems to be an intent to remain wilfully ignorant. The First Amendment would also guarantee parents from Indonesia, Malaysia and Singapore the right to perform "sunat" on their baby girls.

And, as a defender of a woman's "reproductive choices," it seems to escape Leno that the circumcision of infants violates a child's right to choice.

Leno's assertion that "legislation that interferes with the decision-making process between a physician and a family should be discouraged" is also based on a dubious premise; that there is actually a decision for any parent to make. The bottom line question is always this; without medical or clinical indication, can a doctor be performing surgery on a healthy, non-consenting child, much less be stoking his parent's sense of entitlement to any kind of "choice?"

Leno also seems to be ignorant of the fact that there is already legislation that "interferes with the decision-making process between a phsician and a family." In many states, it is already illegal for a parent to deny needed medical care to a child, even for "religious reasons." And the federal ban on FGM most definitely "interferes." Last year, the AAP tried to endorse a "ritual nick" for girls. Luckily (or, if Jewish LGBT really mean what they say, unfortunately), they were forced to back-pedal.

Slepian continues: "I always view San Francisco as a good place to be a Jew... The question is, is San Francisco going to be a welcoming place for Jews to live? That's a question on the ballot here."

Then, it must also be asked, is San Francisco a good place to be a Muslim from Malaysia, Indonesia or Singapore? Because the federal ban on FGM without religious exemption forbids them from practicing "sunat" on their daughters.

Says openly gay San Francisco supervisor who is also Jewish: "From a standpoint of parental choice and public health, banning circumcision is the wrong thing for San Francisco."

It never ceases to amaze me how Jewish groups and individuals never fail to fall back on "public health" as an alibi for support what is historically a contentuous religious rite for them. It's almost as if they know that "religious freedom" is no longer a good enough reason to justify the practice of circumcising healthy, non-consenting newborns.

Which raises the question, how far do Jewish groups actually care about "public health?" If scientists found an alternative to circumcision that would provide the purported "medical benefits" and more, WOULD Jewish groups abandon the practice?

And how far does the Jewish LGBT community support a "parent's right" and "religious freedom? Would they support a parent's "right" to submit their son to electro-shock therapy to make him "straight?" After all, it says so in the Torah that gays are an abomination to "g-d," and that they should be stoned to death. 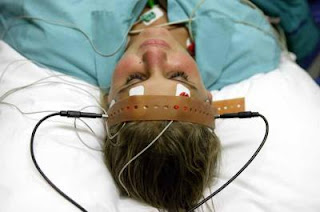 To me, that any LGBT group is getting behind legislation against this ban has got to be the epitome of absolute hypocrisy.
Posted by Joseph at 5:00 PM