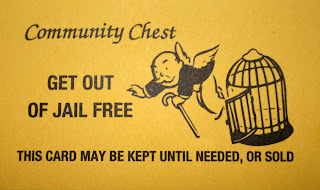 So apparently, a doctor can just simply get away with doing what he wants with your son. He could just cut off part of his penis, with or without your consent, and you're supposed to just live with it.

One doctor Michael R. Burt was recently indicted in a lawsuit for circumcising a boy against his parents' express wishes.

What is sad is that the boy comes from a family where circumcision is not practiced, the parents believe circumcision is genital mutilation and they were making it a point to make sure this didn't happen to their children. Now, the boy will have to live being different than his family members.

Well, it looks like the jury has decided this doctor should get off the hook without paying any damages.

Burt's attorneys acknowledged their client had made an honest mistake, but insisted "no evidence was presented to indicate being circumcised would prevent the youth from having a happy and productive life."

As if resilience from abuse were even relevant.

With the proper counseling, victims of rape and child abuse grow up to have happy and fulfilling lives, but this does not excuse the actions of the perpetrator.

No amount of counseling is going to give this child his normal intact organs back.

For whatever reason, one witness thought it gracious to downplay the sensitivity of the penis by stating that "a penis could not be used to read books published in Braille for the sight-impared."

For that matter, a clitoris can't be used for the same purpose either.

On the commentary pages for the articles linked to above, many defend this doctor for being "wonderful, caring and gracious," and that the child will be "just fine."

NOBODY KNOWS THIS FOR SURE.

Nobody knows that the child would indeed not resent the fact that he was forcibly without his consent, even against his parents' express wishes.

Dr. Burt may be wonderful, caring and gracious, but the court is pardoning him for being completely irresponsible.

Whether or not this boy will be OK or not is secondary. The fact of the matter is, the doctor went strictly against the parents' express wishes. Any way you slice it, circumcision is a permanent removal of part of a person's body.

A sad day in America it is when doctors simply aren't expected to be responsible for their actions.

This doctor is being completely irresponsible, and the courts are a disgusting shame for absolving him.

EDIT (same day): An afterthought I had:

Said one of the doctor's lawyers, "Let's pay (the boy) $15 a day until he dies? That's nonsense! [That would] open the courthouse door to every kid who's been circumcised."

Well, at least the children whose circumcisions were performed against the express wishes of the parents.

In other words folks, practicing justice is unfathomable because it would set an inconvenient precedent.

Heaven forbid doctors be held liable for reaping profit from non-therapeutic surgery on healthy, non-consenting individuals...
Posted by Joseph at 5:00 AM