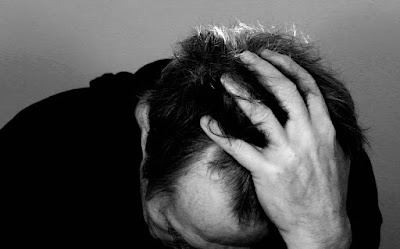 In my last post, I reported the case of a mother attempting to use the circumcision of a child to spite that child's father.

It looked as if, for the time being, intactivists were able to stop the hospital from performing circumcision on the child, whose fragile condition had to be monitored at the NICU.

Today, however, I saw this in my news feed:

I wrote to him privately, asking him how he found out that this was the case, and he said that a mole in the pro-circ group the child's grandmother had been turning to for advice (see the last post on this matter) sent him a screenshot of the grandmother commenting that the circumcision had finally been done.

Earlier, the father had mentioned that the mother's family was trying to make it look as if the child were already circumcised in order to make intactivists back off from trying to contact the hospital and other doctors in the area, so it may be the case that the child is still intact, doctors haven't operated on him yet, and what the father is seeing may be an attempt at a staged act, knowing that moles in the group are watching and communicating with the father.

The problem is that the mother has successfully been able to block off the father from seeing the child. Since she did not write him in as the father in the child's birth certificate, he is not allowed access to his son. The hospital isn't even required to inform him of the child's whereabouts unless he is able to produce a positive paternity test; the father can't know for sure whether or not his child has undergone surgery until August.

I can only imagine how helpless this man must feel as a father, hearing something terrible was allowed to happen to your son, doctors and the state were complicit and you couldn't do anything to stop it. I can only imagine the anxiety of knowing you can't know for certain until a month later, because you have essentially been locked out of your own child's life. Making this father feel helpless is probably what the child's mother was hoping for.


When talking about male infant circumcision, "parental choice" is often brought up.

There is legal precedent that show that parental choice is not absolute, and in recent posts, I've already shown that being a parent doesn't justify everything you do with your child, but let's accept for the sake of argument that elective, non-medical genital surgery for male children is an acceptable "parental choice."

We know the mother wants to have the male child circumcised, but what about what the father wants?

Is the child not as much his as it is hers?

Why is preference always given to the parent who wants to circumcise the child?

Why are doctors and nurses at hospitals complicit? (I think I know why; they can't charge for leaving a child intact.)

Shouldn't BOTH parents agree to the operation before the doctor can proceed.

Especially when it comes to elective, non-medical cosmetic surgery?

Shouldn't doctors wait until paternity could be established first, and that the father's consent is obtained before going through with an operation?

The laws need to change.

If we can't ban male infant circumcision outright just yet, at the very least legislation should make it so that both parents consent before doctors can move, and doctors who don't honor both parents' wishes can be held liable.

This father is sure that he is the child's biological father.

This hasn't legally been established, something a simple DNA test can prove.

People keep talking about "parental choice" in the matter.

If this man is in fact the child's father, and the child has indeed been circumcised, then his rights as a father have been permanently violated.

But the biggest question in all of this is, what about the child?

What about his basic human rights?

When do the parent's rights end, and where does the child's rights begin?

Without medical or clinical indication, can doctors even be performing surgery on healthy, non-consenting minors?

Even minors in critical conditions at NICUs?

Let alone be offering parents any kind of "choice?"

ALABAMA: Mother Busted for Tattooing Son
Posted by Joseph at 6:27 AM