On a previous post, I talk about American doctors, medical associations and parent advice organizations keeping Americans in the dark regarding anatomically correct genitals; Americans aren't shown what the rest of the world knows.

Now, I've come across the exact opposite phenomenon; it seems American publications are keeping the world in the dark about what they show their American audience.

But while they posted it on Facebook with the following inflammatory headline, "Every uncut dick I have touched smells like feet," the post can't be seen by anyone outside of the United States. 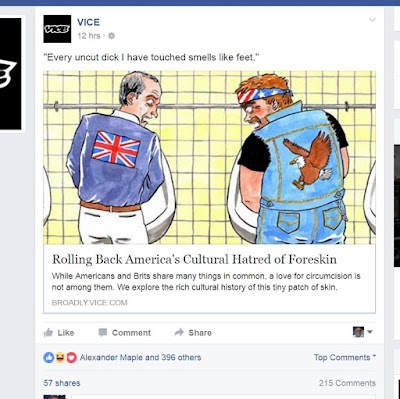 If you're outside the U.S. you won't be able to see this Facebook post.
(Try visiting the link here.)


If you're not accessing the above link from within the US, you will get something that looks like this: 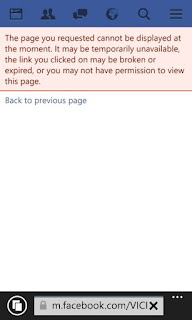 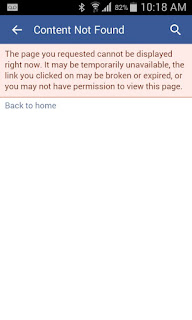 These screen shots were taken from acquaintances in the UK and Canada.

On the one hand, how sly and sneaky of VICE to be posting gratuitous slams against anatomically correct males, yet hiding it from the rest of the world.

On the other, this means that they know they couldn't get away with such a gratuitous swipe against intact men except in the United States.

The fact of the matter is that men in the rest of the world are for the most part (between 70 and 80%) not circumcised, they live healthy lives with intact bodies, and their male or female partners don't see a problem with it. 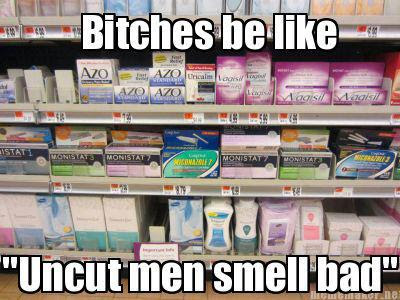 Do men or women who date them think this is a problem?

I just think it's interesting how the natural smells of the vagina are just accepted as part of the package, but people with a fetish for iatrogenically deficient penis raise a stink.

How much longer before Americans are shown the same information as people in the rest of the world?

Is the rest of the world aware of America's obsession with mutilated penis?


"I Did My Research" - The Quest for Scientific Vindication


What Your Dr. Doesn't Know Could Hurt Your Child
OUT OF LINE: AAP Circumcision Policy Statement Formally Rejected

NYTimes Plugs PrePex, Consorts With Known Circumfetish Organization
Posted by Joseph at 11:12 AM