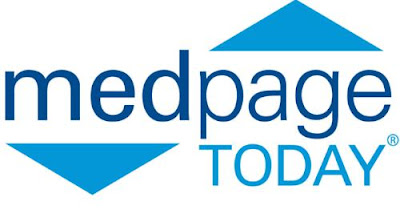 This week, medical news outlet MedPage Today published some interesting, if conflicting reports, regarding the acquisition and prevention of STDs.

Just today, they published an article titled "Mass Circumcision Cut HIV Acquisition," where so-called "researchers" try to give the credit of a recent reduction in HIV cases in a select place in Africa, to, you guessed it, circumcision.

The article is, of course, not saying anything that's exactly new. It touts the obligatory reference to the three major trials that make the claim that "circumcision reduces the risk of HIV transmission by 60%." (The figure given in this article is 50%.)

The article's sole objective seems to be to reiterate the claim that circumcision prevents HIV, the only evidence for this is the assertion that circumcision "is working" in Africa, based on mathematical models.

The article admits "[I]t's impossible to tabulate an infection that doesn't take place."

We are told that the "investigators" used three different mathematical models to estimate the impact of the 2015 numbers over the period from 2008 through 2015.

However, flawed models yield flawed results; the model is based on the unsubstantiated hypothesis that male circumcision reduces HIV transmission.

One of the biggest flaws in the trials on which these models are based, is the lack of a scientifically demonstrable causal link.

Without one, the trials, and thus any models based on them, are baseless; researchers must demonstrate how circumcision reduces HIV transmission in the first place, let alone by any percentage; circumcision may not even have anything to do with the recent drop HIV infection.

At best, the models attempt to forcibly graft circumcision into the HIV reduction equation; without a causal link, it must be asked how circumcision fits into the picture at all.

Even taking the results of the questionable trials at face value, even if circumcision could be said to prevent HIV prevention by the fabled 60% , circumcision would be ineffective at preventing HIV and other sexually transmitted diseases. So ineffective that, in fact, circumcised men and their partners must be urged to continue to wear condoms.

The recent drop in HIV infections might have more to do with the increased mindfulness of safe sex practices, such as faithfulness and condoms, and nothing to do with circumcision at all.

Reports from other parts of Africa note quite the opposite; an increase in HIV infection, in spite of circumcision indoctrination efforts, can be observed. (See here and here.)

And yet in others, promoting circumcision seems to be giving men a false sense of security, causing them to forgo condoms. (See here, here and here.)

It must be asked; are the "researchers" observing "averted infections" in intact men?

Are they monitoring their behaviors to see how they can prevent HIV transmission without the need for surgery?

Is the goal to prevent HIV transmission?

Or to justify the controversial practice of male circumcision?

Is promoting circumcision actually resulting in the opposite effect of increasing the risk of HIV transmission?

It must be noted that the article opens with the following disclaimer:

Note that this study was published as an abstract and presented at a conference. These data and conclusions should be considered to be preliminary until published in a peer-reviewed journal.


...which begs the question of why MedPage Today is even bothering to give this "study" any attention to begin with.

Meanwhile in the US...
While models "prove" circumcision is "preventing" HIV transmission in select parts of Africa, American organizations, such as the CDC and the CIA tells a different story regarding STD transmission in America.

Just a few days ago, the same medical news source published an article regarding a report by the CDC titled "STDs Hit Historic High: CDC."

While the rate of male infant circumcision in the US has dropped to about 56%, according to the very CDC, the prevalence of adult males circumcised at birth is still about 80%.

Circumcision has been near-universal in the US for quite some time now.

Circumcision advocates tout that it "reduces the risk" of countless other STDs, not only HIV, and yet real-world data doesn't correlate with these claims.

According to the CIA World Factbook, the US has a higher HIV prevalence rate than 53 countries where circumcision is rare or not practiced.

In the case of the US, the blame is being put not on the lack of circumcision (80% of adult males are are already circumcised from birth), but on the eroding health systems.

So while near-universal fails to prevent STD transmission, including HIV in the US, somehow we're supposed to believe that it is somehow working miracles in Africa.

Something has got to be wrong with "research" that fails to correlate with reality.

Promoting male circumcision in Africa is a worthless waste of money at best, an unethical disservice which may actually be resulting in an increase of HIV/STD transmission at worst.