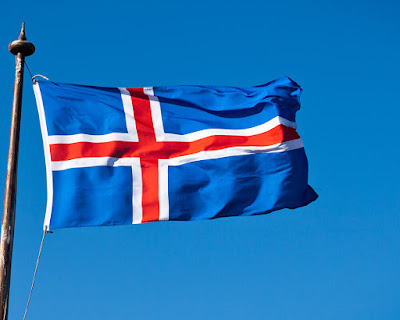 It's been a while since I've written, and I don't have time to write a post dedicating the time and effort that this issue deserves, so I'm going to make this quick.

The long and the short of it is that there is a ban on circumcision being talked about in Iceland, and predictably, religious groups, those who practice the forced circumcision of non-consenting boys and some who don't, are clutching their pearls.

The bill rightly describes the forced circumcision of healthy, non-consenting minors to be a violation of basic human rights, and suggests a 6-year prison term for anyone found guilty of "removing sexual organs in whole or in part."

There is an exception in the bill for medical necessity, which is actually how all other surgery works; under any other circumstance, reaping profit from performing non-medical surgery on healthy, non-consenting individuals constitutes medical fraud.

Addressing religious traditions, it insists the "rights of the child" always exceed the "right of the parents to give their children guidance when it comes to religion."

The move follows advice from doctors in Denmark, who have said boys under the age of 18 should not be circumcised; the Danish Medical Association said it had considered suggesting a legal ban on the procedure for children.

Backlash From Religious Advocates
As almost anyone would have guessed, the move to ban the forced circumcision of healthy, non-consenting males is already being condemned as "an attack on religious freedom."

One of the first critics of the proposal actually came from the President of the Catholic Church in the European Union.

“Protecting the health of children is a legitimate goal of every society, but in this case this concern is instrumentalized, without any scientific basis, to stigmatise certain religious communities. This is extremely worrying,” Marx said in a statement.

It is interesting that he cites lack of "scientific basis," seeing as religious groups circumcise as a matter of religious conviction, which has zero to do with science.

I should also inquire about the validity of his claim, whether he has a degree in urology, pediatrics, surgery or even in medicine at all.

The reality of the situation is that not a single respected medical organization recommends the practice of forced male infant circumcision.

All of them, including our very own AAP, cite that "the benefits are not great enough."

Not surprisingly, Muslim and Jewish groups are already condemning this as an attack on their religious freedom.


We've been here before
7 Years ago, a similar ban was proposed in San Francisco, and although it was put on the ballot, religious groups made enough noise to have it struck off before anyone could even vote on it.

In a rare display of alliance, Jewish and Muslim groups actually coalesced, cooperated and spoke unanimously against the ban. I don't think they quite agree that female circumcision should be protected as "religious freedom," however.

Which brings us to the crux of why there is a problem with a lack of a ban on male infant circumcision to begin with.

Sexist, self-serving double-standards
Mention male infant circumcision, and it seems to be this given; that suggestion that it should be banned is "an attack on religious freedom."

Mention that female infant circumcision is seen as a religious obligation, and suddenly the "religious freedom" argument flies out the window.

In most Western countries, the forced genital cutting of girls and women is banned, and there is no exception for people who see it as a religious conviction.

Actually, there will be no shortage of people saying that since female circumcision isn't written in say, the Koran or any major holy book, that it can't "really" be considered "religious."

Male circumcision wouldn't be mentioned in the Koran either.

It is "fitrah," mentioned in Hadith, but not once does it appear in the Koran.

Which is funny, because the same is also true for female circumcision.

I think it's funny, that self-serving people who want to justify their own "religious tradition" of forcibly cutting the genitals of boys have the nerve to pretend to dictate to others what their religious beliefs will be.

For better or for worse, the great majority of Muslims in South East Asia believe that female circumcision is as Islamic a virtue for girls and women as male circumcision is for boys and men.
And who are others to tell them what their beliefs will be?

Ah, but then Jewish defenders of the practice will turn around and say "Non-Jews shouldn't tell Jews how to practice their religion."

Isn't it funny how the same people  say "Well female circumcision isn't actually Muslim practice," will turn around and tell you to mind your own business when you dare scrutinize their religion?

The bottom line
It boils down to this; either "parental choice," "religious freedom" and/or "my culture/tradition" works to justify the forced genital cutting of children, or it doesn't.

It is inconsistent and sexist to have a ban that protects girls and only girls, regardless of the religious conviction of their parents, but allow the forced genital cutting of boys "for religious reasons."

The forced genital cutting of healthy, non-consenting minors needs to be allowed, or condemned for all.

You can't have it both ways.

A long way to go
I end this post by saying that, while I think there ought to be a ban, that if there is a ban on female genital cutting with no exception for religion, it only follows there needs to be a similar ban for male genital cutting, it's simply unrealistic and it's going to backfire.

Recall the attempt to ban forced male infant circumcision in San Francisco; not only were religious groups successful in getting the measure off the ballot before anyone could cast their vote, opportunist politicians also made names for themselves by legally preventing any further attempts at a ban.

At the moment, most people simply don't see forcibly cutting a healthy, non-consenting male child's genitals as a big deal.

It is often said that in a huge movement like this, laws are the very last thing to change.

During the times of slavery, when there were calls to outlaw the practice, those who wanted to continue to keep slaves, doubled-down on their intentions and enacted legislature that "protected" their "rights."

People who are hell-bent on preserving this practice of forced genital cutting are not going to give up without a fight.

But it's going to take time to get people on our side and finally legally condemn the forced genital cutting of healthy, non-consenting minors.

I predict that the measure in Iceland is going to fail.

Icelandic leaders are going to cave to pressure to "protect religious freedom."

But this should be of no surprise, and it should in no way be used to measure our progress as intactivists.

That this measure is actually being considered is progress enough.

Even if this measure fails, we shouldn't be discouraged, I'm not going to be discouraged; I'm still going to be right here speaking out against the basic human rights violation that is the forced genital cutting of minors.


One Intactivist's Opinion: The SF Circ Ban Ought Not to Pass

Circumcision is Child Abuse: A Picture Essay
Posted by Joseph at 5:52 AM