TWITTER REPLY: "Female Circumcision Keeps Us Clean Down There" 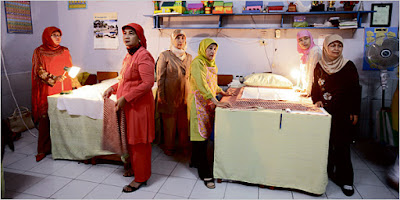 Women who raise a stink about smegma in intact men act like their uncircumcised vulva smells like raspberries and cream. How dare they balk at intact men when their vulva is a disaster zone 7 days out of the month anyway.
— Joseph Lewis (@Joseph4GI) March 3, 2018

And, what seems to be a female Muslim woman's profile, replied with this:


That is why we Muslim women support female circumcision. It keeps us clean down there pic.twitter.com/lQWTgujIKi
— Kubra Jawher (@Sithy321) March 3, 2018


I think this should serve to highlight the dangers of condemning the forced genital cutting of one sex, but condoning it in the other.

Either religion, "parental choice," and/or "research" justifies the forced genital cutting of healthy, non-consenting minors, or it doesn't. You can't have it both ways.

As long as anti-FGM advocates want to have this firewall up between FGM and MGM, then they fight a losing battle.

THIS is the shit they're going to be up against; a mirror image of themselves.