ITALY: Yet Another Circumcision Death 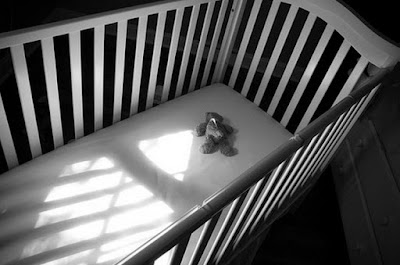 Last year, a circumcision death in Italy made headlines in December. After a long hiatus of posting nothing but my poems for filler, I thought I'd write a blog post to address it, but I never quite got around to it.

A 2nd death has just been reported in Italy, and now I feel I must write a post.

Especially since there was another death in Italy back in 2016.

I hate doing these.

How many more children have to be lost to circumcision before people think it's a problem?

In both cases, the circumcisions were conducted at home, creating an excuse for circumcision advocates to minimize the deaths.

"The child was circumcised at home," goes the excuse.

"Of course if the child were circumcised at a hospital by a trained professional, this wouldn't have happened."

This dismissal of the latest deaths in Italy is problematic in more ways than one.

First off, a great deal of circumcisions are carried out in homes, especially in the case of babies whose parents are Jewish, where a traditional circumciser called a "mohel" is invited to a home to conduct the cutting ritual.

Andrew Freedman, one of the members of the Circumcision Task-force at the American Academy of Pediatrics (AAP), who released their policy statement on circumcision in 2012, openly bragged about having circumcised his own son on a kitchen table.

"I circumcised [my son] myself on my parents’ kitchen table on the eighth day of his life. But I did it for religious, not medical reasons. I did it because I had 3,000 years of ancestors looking over my shoulder." ~Andrew Freedman


No conflict of interest there, right...

Second, children dying from complications isn't limited to circumcisions performed at home; the death of a child circumcised at a hospital in Canada made headlines not too long ago.

And he wouldn't be the first. Circumcision deaths at hospitals make headlines every once in a while, but circumcision advocates are always ready to make excuses for the deaths, either because the child may have been too old, or because the doctor was "incompetent." (This is fallacious; complications happen whether or not doctors are "competent" or not.)

An excuse for circumcision deaths at the hands of doctors I hear quite often is that "children need to be circumcised on the 8th day by a mohel." Of course, deaths happen at the hands of mohels too. Amitai Moshe comes to mind. In this case, as always, a factor excluding circumcision was to blame. The baby was pronounced to have died of "natural causes"; it was hemorrhage that killed him (not the circumcision which caused the hemorrhage of course).

Another baby died in Israel, not too long ago. In this case too, a "pre-existing condition" was to blame.


"It should have been at a hospital."

"It should have been a trained professional."

"It should have been on the 8th day of life."

"It should have been by a mohel."

"The mohel should have been better trained."

"The baby should have been tested for pre-existing conditions."

"It was the baby's fault. He shouldn't have died; the circumcision was a success."


Excuse, after excuse as to why circumcision must be exonerated and thus allowed to continue despite all the deaths.

When did people fight as hard to excuse female infant genital mutilation?

When did we ever say about deaths caused by FGM "It needed to be done at a hospital by a trained professional when she is an infant?"

Why the instant condemnation FGM when girls die, but the long list of excuses and explanations as to why male infant circumcision should continue?

The Circumcision Policy Statement put out by the American Academy of Pediatrics in 2012 was a non-committal, wishy-washy hodgepodge of nonsense that, aside from failing to culminate in any kind of recommendation, for or against, is resulting in the untimely deaths of infants around the world.

In their 2012 Circumcision Policy Statement, the AAP repeated over and over:


"The benefits [of male infant #circumcision] outweigh the risks."


In conclusion, however the statement says:


"The benefits[of circumcision] are not great enough to recommend [it]."


Within the same statement are written these words:

"The true incidence of complications after newborn circumcision is unknown."


So the AAP 2012 Circumcision Policy Statement can be summarized as follows:


"The benefits, which are not great enough to recommend, outweigh the risks, which are unknown."


The AAP conducted an extensive review of all the literature up until 2012, and concluded that the benefits were not great enough to recommend circumcision. But somehow, lay parents are expected to arrive at a more reasonable conclusion.

The 2012 was nonsense, which is why 38 pediatricians, urologists, epidemiologists, and professors, representing 20 medical organizations and 15 universities and hospitals in 17 countries published an article in the AAP Pediatrics publication, which rejected and thoroughly dismantled it, and most likely why the AAP has allowed the policy statement to expire.

Yes, few people seem to be aware of this, but the 2012 Circumcision Policy Statement has been allowed to expire, and thus has no current standing policy statement on male infant circumcision.

"All policy statements from the American Academy of Pediatrics automatically expire 5 years after publication unless reaffirmed, revised, or retired at or before that time."


It is now 2019, the statement hasn't been reaffirmed or revised, and so far not a peep from the AAP.


Questions arise:
If the complications of circumcision are "unknown," what efforts are being done to document them so that they *are* known?

If the complications of circumcision are "unknown," how can it be said that "the benefits outweigh the risks?"

Has the AAP been recording all the deaths and complications since 2012?

Is there an "acceptable" number of deaths and/or complications for male infant circumcision?

Is there an "acceptable" number of deaths and/or complications for female circumcision?

If circumcision is purely elective surgery, how are any deaths or complications above zero conscionable?


I hope it is clear by now that, whether people would like to admit it or not, death is a complication of male infant circumcision.

And for those ready to argue that this was an isolated incident, feel free to peruse the long list of deaths and complications documented on this blog. (Scroll down.)

The risks of male infant circumcision are infection, partial or full ablation of the penis, hemorrhage and even death.

It cannot be repeated enough.

How many times do we have to say it?

How many more boys must die until it is recognized?

And, just for good measure, death is a risk of circumcision.

National Post: Ontario Boy Bleeds to Death after a Family Doctor Persuadess Parents to Have Him Circumcised

List of Deaths and Complications Documented on This Blog: