"Religious Freedom" and "Parental Choice" Not Absolute: Yet Another Example 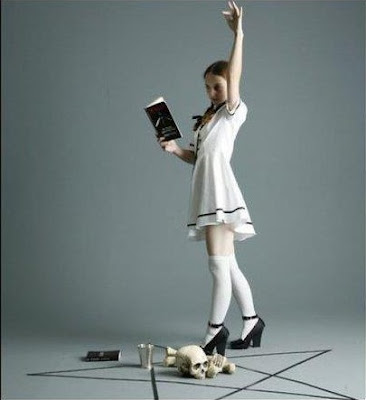 Often, those who defend the forced circumcision of male children appeal to people's resentment of government intervention. They would like to pretend like being a parent is a carte blanche for parents to do whatever they want with their children, and the government never intervenes.

The blunt fact of the matter is that, if being a parent justified everything one does with their children, there wouldn't be need for child protective services.

Last year, a mother lost custody of her 8yo daughter for injecting Botox into her face for a child beauty pageant. This prompted New Jersey law makers to make it illegal to inject Botox into children, UNLESS it is for actual medical purposes. (Sound familiar?) The year before, a man was given prison time for tattooing his gang's symbol onto his son's abdomen. In Oregon, a law was passed that prohibits parents from denying their children medical care, much to the chagrin of the "Followers of Christ" church, who believes that god alone should cure disease.

And, the classic case that trumps "religious freedom" and "parental choice," in 1996 a ban was instituted, banning female genital cutting of any kind. All female genital cutting, ranging from infibulation, to a "ritual nick" as proposed by the AAP, is illegal in the United States, and punishable by law. No exempt for "religious" cutting of female children's genitals exist.

To add another example where "religious freedom" and "parental choice" fail, a Texan man has been jailed for carving a pentagram on the back of his son. It could be said that this man was merely practicing his "freedom of religion," and exercising his "parental choice." But these arguments just aren't going to fly, aren't they.

Interestingly enough, in another recent case, a Canadian man recently lost a high court appeal to have charges of aggravated assault against him thrown out; he tried to circumcise his own child with a knife. His arguments? "He was practicing his religious beliefs."

"This is a case about child abuse... This is not a case about the applicant's religious freedom or circumcision generally," it was argued.

How the material circumstances of the case bear on the man's religious freedom or circumcision generally is beyond me. Now, it seems, the government is determining what "proper" religious rituals are, and defining what constitutes "child abuse."

Andrew Freedman of the AAP "task force" on circumcision defense circumcised his own son on his parents' kitchen table. Yet, for the Canadian case, the trial judge found the kitchen was not a sanitary place for a surgical procedure.

So when is it "child abuse?" When is it not?

Why was it "child abuse" for one man to cut his child's genitals on the kitchen table, on the grounds of "religious beliefs" and "parental choice," but not the other?

How far are "religious beliefs" and "parental choices" protected until the government is allowed to intervene?


Other "parental choices" that don't fly under "religious freedom."

Child marriage in India
Posted by Joseph at 12:03 PM