Another Mohel Botches a Bris 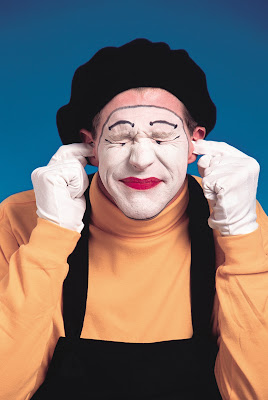 Whenever a botched circumcision case makes the news, and people start talking about it, either in the commentary section (when news outlets are actually brave enough to allow them), or parenting forums, or on Facebook, there is always somebody who says something along the lines of:

"This wouldn't have happened if it were performed by a mohel. Mohels are jacks of their trade who do circumcisions for a living."


Actually, mohels are often put on pedestals in more ways than one.

A Jewish bris performed by a mohel is better than a hospital circumcision performed by a doctor for a myriad of reasons. Here are some that I've heard:
There are other reasons, but these seem to be the main ones.

Now, there have been quite a few documented cases of mohels botching a bris, and being taken to court for it. (For example, here and here.)

But whenever I bring these up, strings and straws are grasped for, here and there, and Jewish circumcision advocates begin to list off alibis of why these are "special cases," and why mohels continue to be the best circumcision performers.

Among these are:
It's interesting to hear Jewish advocates of circumcision clarify that the bris has to be performed by a "trained and qualified mohel."

What parent wants to admit that their child has been permanently disfigured because they decided to agree to a medically unnecessary procedure?

In the case of Jewish parents, who wants to admit that what is perhaps the most precious of Jewish mitzvot is the cause of their child's disfigurement, and in worse cases, death?

As an example, when investigators were querying the Jewish families whose babies were infected with herpes, they would not name names. People in these communities were also unwilling to help find the perpetrator. The preservation of a cherished tradition that people have emotional attachment to is more important.

Circumcisors, Jewish and non-Jewish have reputations to protect. Gentile parents have peace of mind to preserve. Jewish parents have the added burden of protecting their own, and not giving away a holy man who performs the sacred ritual of bris milah. Thus, silence is perpetuated, and parents are complicit in keeping this silence.

That is, until now.

Circumcision Lawsuits
Recent years have seen a series of lawsuits against circumcisors, mohels and doctors, sometimes people who are both, for circumcision mishaps, which indicates that there are parents who are deciding to no longer keep silent about what has happened to their sons.

In a very recent case, a judge approved a $4.6 million settlement on a behalf of a boy who lost the head of his penis in a botched circumcision attempt. The doctor who performed the circumcision used a Mogen clamp, a device notorious for glans amputations, even when used by professionals. So notorious is the Mogen clamp for glans amputations that the company that makes this device went out of business, because it couldn't afford the $11 million dollar lawsuit filed against it, after a mohel severed the end of another baby's glans using one of their clamps

The peculiar thing about Mogen is that up until the very end, they claimed that injury was impossible with the use of their clamp, "when used properly," even after other glans amputations were reported. The injury behind a prior lawsuit at Fulton County Superior Court had already put Mogen on notice about the danger of the device. In a different case, at South Fulton Medical Center, another law suit was won in 2009. In that case, a child lost a third of his glans, and the plaintiffs were awarded 2.3 million dollars.

And, just this month, another mohel was taken to court by parents in Queens. The rabbi told the parents he did an "acceptable job" that was "performed appropriately" and "within the standard of care and skill required of Jewish mohelim and circumcisers." He also allegedly told the parents that calling a doctor wasn't necessary, even though it was obvious that something had gone wrong with the bris. The parents claim that the delay in medical treatment resulted in greater permanent damage to his son, resulting in the necessity for corrective surgery with general anesthesia; the boy may need more operations in the future.

Of course there will be those who claim that this would never happen if the circumcision were "properly performed."

To which I would retort that female circumcision does not result in complications "when properly performed" by the right shaman priestess either.

Interesting note; Jewish groups are challenging a New York law that says mohels have to warn parents of the risks, and have them sign a consent form before proceeding. Does this mean that Jewish parents AREN'T being told of the risk of glans ablations, herpes infections and death?

Hopefully more parents, Jewish and non-Jewish, will find the courage to bring the botched circumcisions of their sons to light.