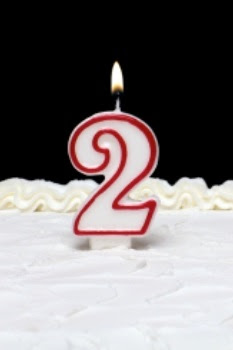 Two years ago today (March 18), I decided to start this blog. With little knowledge about how a blog even works, I decided to dive into the world of blogging. Having ranted and raved about circumcision long enough, I decided that perhaps starting a blog would be a great way to organize my thoughts.

I started this blog having absolutely zero experience blogging, and now, two years later, I'd have to say there is still much to learn before I can call myself an experienced blogger. There are still quite a few things I don't yet understand, and I'm sure if I payed attention, there is a whole array of buttons, whistles and bells that could make my blogging experience easier and more convenient. New tools and software are constantly being invented, but holding a full time job, not to mention tending to my family, I have very little time to sit down and check them all out. Little has changed visually since my last yearly update.

Current Stats
For my blog's second anniversary, I've decided to share some of my stats to show how far I've come. 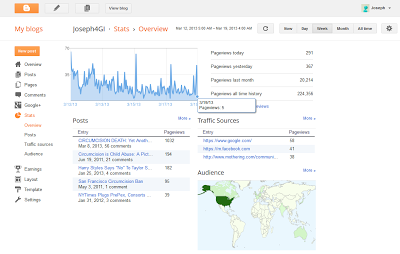 Since I've started my blog there have been many ups and downs in views relative to how much I post, and how much impact they have.

Last week, for example, marked one of the highest peaks in my visitor stats. 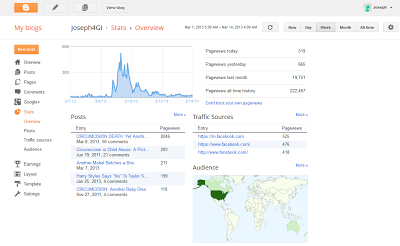 My most read blog post is *still* "Circumcision is Child Abuse: A Picture Essay," followed by my post on the San Francisco Circumcision Ban proposal. My post "PLANNED PARENTHOOD: Mutilated is the New "Normal" was the third most read article, followed by "Spank the Monkey, Eat Tomatoes, or Circumcision: Your Call", but as you can see, the article regarding the most recent circumcision death that has surfaced has quickly shot up the list to become the third most read article. Mind you, this happened within a matter of two or three days. It's a bit depressing that this is what catches people's attention. 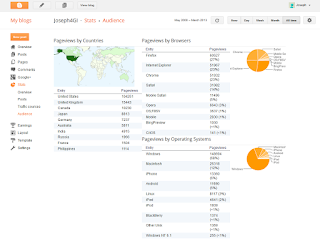 My audience is mainly from the United States, the United Kingdom and Canada, followed by Japan, Germany, Australia, India, Russia, France and the Philippines. There are still more Firefox users than Internet Explorer users, although Chrome seems to be catching up. Windows users still outnumber Mac users. I'm surprised iPad users at are a mere 2%, given its popularity boom. 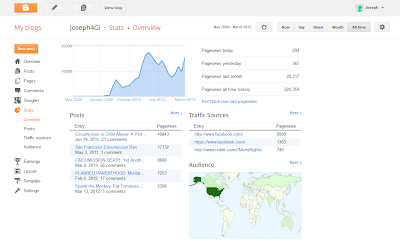 It looks like I experienced a slump in the last year, but it's picking back up again. Overall, my stats indicate that my readership grew slightly over the last year. I've got 127 posts and 61 users who are following me openly. (How many are lurkers who follow me secretly? Who knows!)

In retrospect, I wrote 51 new posts, a number lower than last year (76). As I have said, my current situation has reduced the amount of time I can spend on my blog. 21 new users have started following me openly (half the number of users last year), indicating slight, but slow growth.

Are you a frequent visitor to this blog? Do you like what you see? Do you have a Blogger account or any other way to "follow" me openly? Add me to your blog list! I know I have more lurker readers that are not on my followers' list. Come out, come out, wherever you are! :-)


Where To From Here?
There is so much more I could be doing to improve this blog and increase its visibility. The only problem is, there is little time and money on my side that allows me to explore these options. I've been pondering a different name for the blog, possibly a donate button, and possibly giving it a proper home somewhere on a WordPress or Drupal site, but these are only just ideas and may or may not be brought to fruition any time soon. If there are any changes, you'll be sure to know about them.

So What is This Blog About?
My name is Joseph Lewis, and I am an activist for human rights. My main interests include equal rights. By extension, I am very active in speaking out against the forced genital cutting of healthy, non-consenting minors of any sex. I've chosen the handle Joseph4GI for my online intactivism. Joseph4GI stands for "Joseph for Genital Integrity," and I started this blog mainly as a way to organize all of my thoughts regarding circumcision, particularly the circumcision of infants. On it, readers will find my random rants and musings on circumcision and intactivism.

There are plenty of pro-circumcision "information resources." Additionally, the so-called "benefits" of circumcision are given plenty of attention on all manner of news outlets. In addition to posting my rants and musings, I aim to present information the mainstream media omits, circumvents, or otherwise leaves out.

Up front, I don't pretend to have any kind of "neutral point of view" when it comes the subject of circumcision. I am dead against the forced circumcision of healthy, non-consenting minors, male or female, and I make no exception for "religion" or "culture." The only time that a child should undergo surgery is when there is actual medical or clinical indication, and all other methods of treatment have failed. (This also happens to be standard medical practice.)

In this blog I criticize circumcision advocates and expose information about them that is not always revealed to the public. Some may argue that I am engaging in ad hominem. However, I'm only pointing out conflicts of interest, and this is not ad hominem. The following is an excerpt from Wikipedia's entry on ad hominem (4/22/2012):

~Joseph4GI
To read more about who I am, I have a dedicated blog post readers can view here.
Posted by Joseph at 12:48 PM