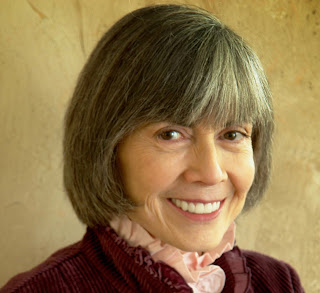 Up until about three days ago, I didn't even know there was somebody named "Anne Rice."

Her latest activity on Facebook was brought to my attention, however, and it has seriously pissed me off.

Who in the hell is she?

Apparently she's some famous vampire story writer with a following.

Perhaps this following is dwindling however, and she must be trying to find another niche, because now it looks like she's trying to become another yuppie armchair feminist.

"Earlier, we posted on the ghastly cruel practice of Female Genital Mutilation of little girls around the world. Immediately the thread was hi-jacked by people insisting that male circumcision had to become the topic. In effect, the little girl victims of FGM was shoved brutally to the back of the bus, and told their problem just wasn't important enough to rate a thread of its own, and until male circumcision was addressed along with it, they would get no attention. I was stunned. I mean I have seldom been so disappointed and shocked by sexism on this page. Let me also note: male circumcision is almost never a topic brought here by anyone UNLESS some one tries to discuss Female Genital Mutilation; only then do the anti-male circumcision people appear to hog the limelight and shift the entire focus. This is truly stunning. Here is an article from wikipedia on FGM for those who are interested. Thanks to Rebecca Hulit for the link. I will continue to speak out against this barbaric practice. I do not think women are second class humans. They do not have to wait in line for men's problems to be solved before we can discuss theirs. (And by the way, male circumcision and female genital mutilation are not the same!)"

It's almost entertaining to watch somebody complain about how somebody "hijacks a thread" with "sexist comments" by doing none else than attempting to hi-jacking a thread, and replying with sexist comments.

No, seriously, if she's looking for a new crowd, Anne Rice should try becoming a stand-up comedian.

FGM is wrong, and there's no doubt about it.

But seriously, anti-FGM activists like Anne Rice has apparently become would like to believe like they've got to work real hard to get people on their side.

No, Anne, its MALE genital mutilation people want to "shove to the back of the bus," thanks.

I replied with similar remarks.

Her reply to me?


"You're insulting and you're wrong."

All I've got to say is, not very impressed.

I can see that all this really is for her is a contest on getting more viewers and readers. Well, it looks like her tactics are working.

What a horrible, sexist person Anne Rice is, for seeding more ignorance on this issue.

How absolutely revolting to see this sexist double-standard from people who are supposed to be enlightened.

Apparently pointing out that boys also happen to be victims of genital mutilation, somehow means you're sexist against women

"I do not think women are second class humans. They do not have to wait in line for men's problems to be solved before we can discuss theirs," she says.

And yet, this is precisely what Anne Rice proposes for boys and MEN.

Men are second class humans. We shouldn't worry about men, because women and THEIR problems are more important, is basically what she and her ilk are saying.

What WE, and other intactivists are saying, is that male and female circumcision are the SAME problem.

Forcibly cutting is wrong for both boys AND girls.

How insulting that Anne Rice accuses us of "hogging the limelight and shifting the entire focus," when "brutally shoving to the back of the bus" is precisely what SHE's doing.

Anne Rice couldn't be less enlightened on the subject of genital mutilation.

No more firewall between men and women.

You can't have one without the other.

You can't talk about the horrors of FGM while ignoring MGM and pretending it doesn't exist.

It's insulting, ridiculous, and REVOLTING to insist people are "hijacking" the conversation, "shoving to the back of the bus," when this is precisely what is happening right here.

It's so hilarious to hear Rice go on about "second class citizenship" and being forced to "wait in line," when that's basically what she is proposing should happen for boys and men.

Clamoring "don't you dare steal our thunder" while shouting others down... talk about the pot calling the kettle.

One of her followers, one Natalie Mullins dares to reply to me with idiotic pap:

"I love how Anne posts something about female issues and is accused of being sexists for it. You people are seriously backwards. Here's the problem Joseph- Men HAVE NOT BEEN OPPRESSED FOR THOUSANDS OF YEARS IDIOT. There is NOTHING sexist about Anne posting about FGM. And if you want to talk about MGM, make your own damn post about it. FGM and male circumcision are patently not the same and any idiot can see that."


Oh, I see the way it is; cutting girls is wrong, but cutting boys is OK "because they've had it coming all this time."

Can this woman even hear herself talk?

"Not patently the same." What is the basis for this claim?

I can back mine you know.

They ARE the same.

And this is demonstrable.

WHY are FGM and MGM "not patently the same?" Is it the severity? The "medical benefits?" Is it "the research?" Is it religion? Let's have it.

What is the reason cutting girls is bad, but cutting boys is OK? 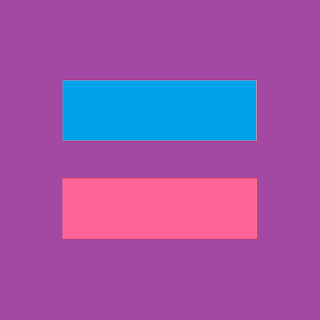 It envelops it all; blue for boys, pink for girls, purple for intersexed.

It's high time we stopped pretending like there is this firewall between the sexes.

Highlighting one sex over the other IS sexist.

We are not arguing that girls be drowned out, yet this is precisely what Anne Rice, and other anti-FGM speakers, demands for boys.

ALL voices need to be heard, not just that of women.

To demand only FGM be talked about, but nothing else, is blatant and deliberate sexism.

It's so funny to hear people talk about how women are the sex that are not to be seen or heard. We hear feminist activists resent the burka. But I guess this makes it OK to do to boys and men...

When women undergoing circumcision in Africa suffer problems, such as complications, life-long problems, deaths etc., the whole world knows about it, and rightly so.

But when the men suffer the same problems, boys being circumcised in the harsh conditions of the African bush, boys losing their penises for life, boys and men dying after their "initiations," everyone just shuts up.

Don't talk about it.

Yes, let's talk about the girls and women being forcibly circumcised in Africa.

But to talk about the boys and men being forcibly circumcised is "sexist hi-jacking."

Not understanding that forcibly cutting the genitals of any child is a human rights issue is deliberate and willful blindness.

It's time to bring down the firewall between FGM and MGM.

Cutting a person's genitals against his/her wishes is the exact same principle and violation of basic human rights.

Anne Rice is a misandrist hypocrite. She's obviously a crowd-pleasing people pleaser with zero integrity. She cares more about book sales and popularity and doesn't give a rat's ass for actual equality of the sexes.

Being "brutally forced to the back of the bus" and having to "wait in line" indeed.


Equal rights for ALL sexes.

Anne Rice loses a fan; another blogger sounds off.
Posted by Joseph at 12:03 PM