Of Ecstacy and Rape, Surgery and Mutilation 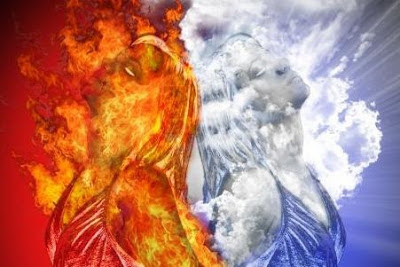 Male circumcision has been called "rape" and/or "mutilation" before, and many, even amongst intactivists themselves, object, either because they themselves find it inappropriate, or because they're afraid others might, thus pushing people away from the message of intactivism.

But are "rape" and "mutilation" so different from male circumcision, that comparing them is inappropriate, if not insulting?

What is rape?
Rape is the act of forcing another person to perform sex acts against his or her consent. The act may involve the usage of drugs to impair a victim's judgement, or even memory.

Traditionally, rape happens when a man forces a woman to perform sex acts on him. However, rape between two men, two women, and yes, even a woman forcing another man, is also possible.

When are sex acts NOT rape?

When both people are consenting adults, sex between two people is not rape.

Consent is the difference between ecstacy and rape.

When one person is forcing another person to perform sex acts against his/her express wishes, then rape is being committed.

What is mutilation?
The online Merriam-Webster dictionary defines the word "mutilation" as thus:


1: to cut up or alter radically so as to make imperfect (e.g. the child mutilated the book with his scissors)
2: to cut off or permanently destroy a limb or essential part of ; cripple

When are these things NOT "mutilation?"

When either of these things are performed as a matter of medical necessity, and there is no alternative option, they are not mutilation.

In addition, when these things are performed upon the request of a consenting adult, they are not mutilation.
Medical necessity and/or informed consent is the difference between surgery and mutilation.

What is circumcision?
In males, circumcision is the excision of the fold of flesh that covers the head of the penis. The procedure may or may not involve the use of drugs to kill the pain or impair the judgement of the person in question. Though there are speculative medical pretexts for circumcision, it is usually performed for cultural, traditional or religious, non-medical reasons, on healthy, non-consenting minors ranging between the newborn and pre-pubescent period, sometimes as far as the post-pubescent period. Very few circumcisions take place as a matter of actual medical necessity.


How is circumcision like rape?
At the crux of the intactivist argument is the principle of consent.

Circumcision can be compared to rape, because it is taking advantage of a minor to forcibly perform a permanent, disfiguring procedure on his sexual organs without his consent.

As in rape, the principle violated is the principle of consent, and the fact that pain killing drugs are used, and/or that the male victim may not be able to recall the event is irrelevant.

When it is performed on a fully consenting adult.

As in rape, the principle violated is that of consent.*


Because another, otherwise intelligent person, is forcing circumcision on another, non-consenting person, without his consent, sometimes against his express wishes, circumcision can be comparable to rape.

How is circumcision mutilation?
From the definitions the online Merriam-Webster dictionary gives us, it is the first definition,

1: to cut up or alter radically so as to make imperfect (e.g. the child mutilated the book with his scissors)

that applies to both male and female circumcision, because it is "cutting up" or "altering radically so as to make [them] imperfect."

2: to cut off or permanently destroy a limb or essential part of ; cripple

"because the foreskin is not a limb or an essential part of" a person.

Some may make the claim that female circumcision destroys a woman's ability to experience orgasm, but research shows this claim to be false. There are varying degrees of female genital cutting, and scientific evidence shows that even women undergoing the most severe form of female genital cutting are still able to experience orgasm. It is demonstrably proven that a clitoris is not necessary for experiencing orgasm and a satisfying sex life. For further reading on this subject, please click here.

When is circumcision NOT mutilation?

When it is performed as a matter of medical necessity, and there is no alternative option, circumcision is not mutilation. (This is actually standard medical practice that governs all other forms of surgery.)


In addition, when it is performed upon the request of a consenting adult, it is not mutilation.
Medical necessity and/or informed consent is the difference between surgery and mutilation.

Consent is at the center of the intactivist argument
Ladies who are interested in getting their labia removed, their clitoris permanently exposed, or any other surgical alterations to their genital organs can find the appropriate surgeon and schedule an appointment.

The removal of the clitoral hood and external labia are known as "clitoral unroofing" and "labiaplasty" respectively.  They are perfectly legal for the appropriate surgeons to perform at the request of the interested woman.

Forcibly performing any of these acts on a healthy, non-consenting minor constitutes "genital mutilation," and is punishable by law, and there is no exception for "religious beliefs."

The difference is consent.

There is nothing wrong with male circumcision, if, indeed, becoming circumcised is the express wish of the adult male in question.

It is forcibly circumcising a healthy, non-consenting minor which is a problem.

Tattoos are beautiful to some. There is nothing wrong with a tattoo, as long a person is giving his full consent. A person interested in getting a tattoo need only walk into a tattoo parlor and make the proper arrangements, s/he is free to do as she wishes with her own body. 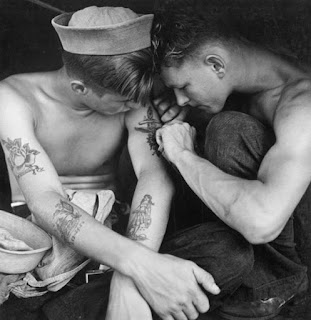 US sailor agrees to have his body tattooed

It is forcibly tattooing a person against his or her wishes which is a problem.


Yes, I am against forcibly piercing a minor's ears as well.

Conclusion
The foreskin is not a birth defect. Neither is it a congenital deformity or genetic anomaly akin to a 6th finger or a cleft. Neither is it a medical condition like a ruptured appendix or diseased gall bladder. Neither is it a dead part of the body, like the umbilical cord, hair, or fingernails.

It is only through sexist double-think that we allow ourselves to feel disgust for only one of these pictures. 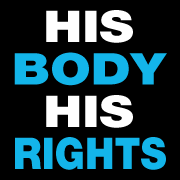 Politically Correct Research: When Science, Morals and Political Agendas Collide
Posted by Joseph at 8:14 AM