NEW "STUDY": "Circumcision Risks Low in Newborns" - OK, Well Just What Are They? 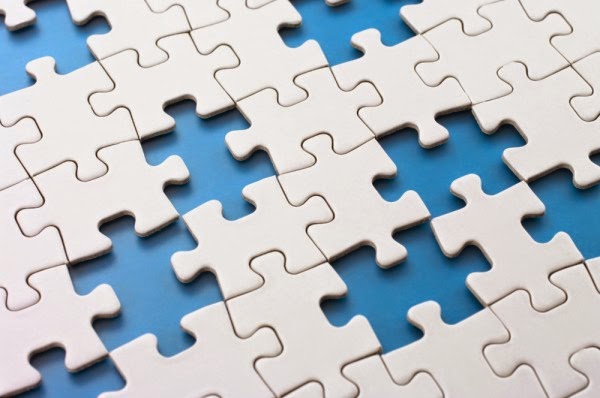 So there's a new circumcision "study" making waves in the media. And do you know what it found?

You only get one.

Were you thinking "circumcision is beneficial?"

Close, but no cigar.

Were you thinking "the benefits outweigh the risks?"

Nice try, but the AAP already said that. (Strangely enough they didn't recommend it in newborns.)

Alright I'll tell you; the "study" (if it can even be called that; all it is is just a review of cherry picked data, just like all the rest...), "found" that "the risks of circumcision are few in newborns and increase with age."

But were you, really?

Is it any wonder that a "study" written by a circumcision monkey at an American health organization "discovered" that the best time to circumcise a child is (surprise again!) when American doctors do it?

But let's just run with it.

Do you see what I'm getting at here?

This article raises more questions than it answers.

Perhaps circumcising a child is "less risky" (actually, some argue this is patently false), but what is the likelihood that a child will need circumcision in adulthood? Does this increase with age?

Without clinical or medical indication, how would this piece of knowledge be relevant?

Even if...
In the opening statements of this study, the lead author, Charbel El Bcheraoui, estimates that 1.4 million circumcisions are performed in American hospitals annually. (This contradicts a previous statement by none other than El Bcheraoui himself, claiming a rate of 32.5% in 2009.)

The study reviewed the medical history of approximately 1.4 million males circumcised between 2001 and 2010, and the researchers calculate the rate of complications (euphemised as "adverse events") to be less than 0.5%

0.5% sounds infinitesimally small and tolerable level of complications, but given the author's own estimate of 1.4 million infants circumcised annually, that's between 5,600 (0.4%) to 7,000 (0.5%) baby boys that will suffer "adverse effects" from circumcision.

The AAP said in their last statement that “The true incidence of complications after newborn circumcision is unknown, in part due to differing definitions of “complication” and differing standards for determining the timing of when a complication has occurred (eg, early or late).” The statement also indicates that “Financial costs of care, emotional tolls, or the need for future corrective surgery (with the attendant anesthetic risks, family stress, and expenses) are unknown.” Additionally, catastrophic injuries were excluded from the report because they were reported only as case reports, not as statistics. (In other words, no one has bothered to collect them; it would not be in the interests of circumcising doctors to collect and report this data.)


For this new "study," researchers note that some complications might not have been picked up because they were reviewing claims data on problems that typically occurred within the first month following the circumcisions.

This would exclude complications undetected by the parents, such as skin tags, skin bridges and/or uneven scarring. A good deal of revisions for circumcision botches happen well outside the one-month bracket in this "study." This would exclude those complications that will not be detected until adulthood, such as painful erections caused by the removal of too much skin, lack of sensitivity, etc.. This would likely exclude meatal stenosis, where there is a high prevalence in circumcised males (see here and here), possibly as consequence of ischemia (poor blood supply) to the meatus or permanent irritation of the meatus caused by friction with the diaper and resulting in scarring.

OK, So What Are the Risks?
Let's accept the claim that "the risks of circumcision are low in infancy and increase with age." Just what are the risks? And are they conscionable given that this is elective surgery on healthy, non-consenting infants were talking about?

The risks include infection, hemorrhage, partial or full ablation of the penis and even death.

El Bcheraoui claims that a 0.5% complication rate is low. But how low is that when it means 5,600 to 7,000 baby boys will suffer complications annually? And why aren't we talking about what those complications are?

Because this is elective, non-medical surgery, how is anything above zero conscionable?

Complications aren't just numbers on a screen...
I constantly see circumcision complications on my news feed on Facebook. Here is just one example of that "0.5%" 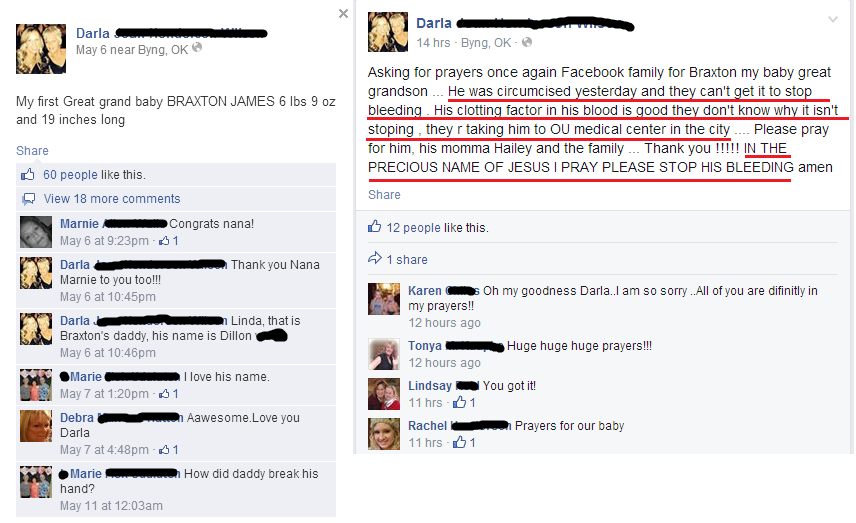 Lucky this poor little boy made it... Baby Brayden wasn't so lucky... 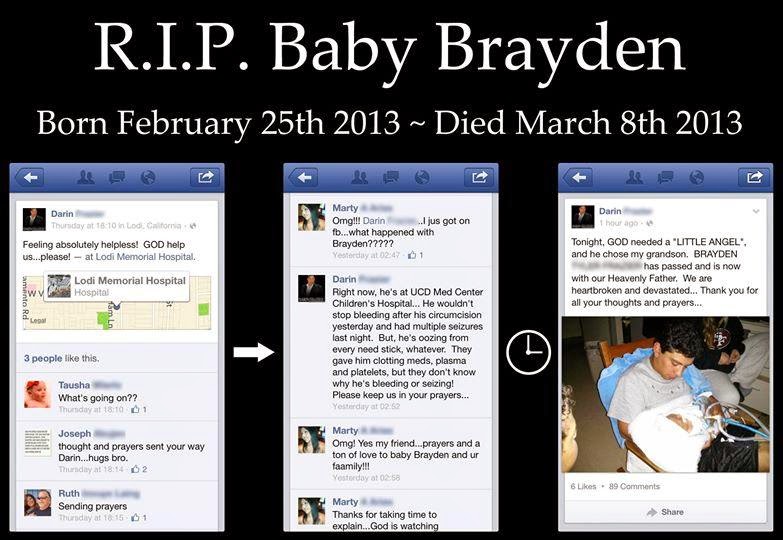 And because no "researcher" has decided to collect peer-reviewed statistics on it, it more than likely was not part of El Bcheraoui's "study."

This "study" is self-serving rubbish.

But even if we were to take the skewed 0.5% figure at face value, that's still way too many babies suffering due to needless surgery.
Posted by Joseph at 2:06 PM