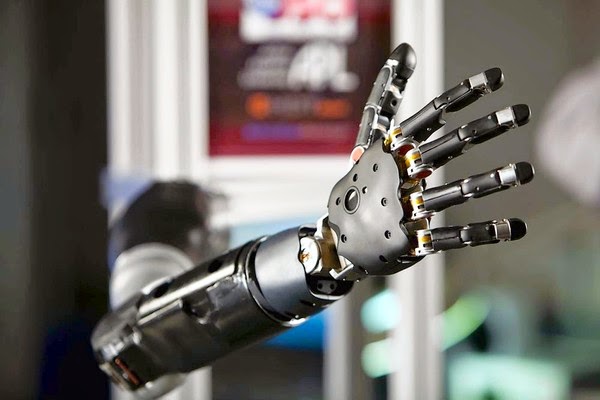 It's been a while since I've put up a meaningful post. You know? One to which I actually devoted time and passion. Well, for the past few weeks it's been rather hard for your author come up with something. So much has been going on in my life, that it has been extremely difficult for me to sit down, think, and type out my thoughts, I must apologize.

Hopefully it should all pass soon, and I will find some time to sit and post my thoughts more regularly once again.

For now, my last post for 2014 will be about a discussion I had recently with my co-workers.

It happened one afternoon, on one of those days where we were all done for the day, and our remaining time was spent preparing materials for work the next day. It is during this time when discussions about life, the universe and everything take place, at least at my current workplace. I had hoped the subject of male infant circumcision would never come up.

Don't get me wrong, I'm passionate, and it's one thing to go all out online, but at the workplace, it's different. These are the people whom you will work with every day, and you don't want to sour relationships at work.

I had hoped the subject of male infant circumcision would never come up, because if it did, I would would be determined to state how I felt about it, I would not relent, and shit would hit the fan.

But you know, it wasn't all that bad; the workers present were all able to get in how they felt, we agreed to simply state those feelings, give closing remarks, and promise that the subject would never be broached again.

I'm not sure I was able to get through to any of my co-workers, but what I can be sure about is that they got an earful of what I had to say.

That day, I came to find out that one of my co-workers is actually intact, and so is his son.

This put my fear that I would be the only intact worker in the room, and that it would be everyone in there against me to rest.

Sadly, it was me and that other worker against the other guys, who are sadly, owners of iatrogenically deficient genitalia, and were all in favor of circumcision.

One of them, currently the father of two girls, vowed that if he were ever to have a son, that he would most definitely have him circumcised.

We talked about all the rationale for it, medical, religious and what not.

To this man, circumcising his son would not have anything to do with all the medical mumbo-jumbo currently being pumped out by the American medical establishment, but had more of a "spiritual significance" for him, even though he is Christian, where circumcision profits Christians nothing (Galatians 5).

Another co-worker said that he was a "halfie," meaning he was circumcised, but loosely. According to him, he felt that he was able to experience what life would be like either way.

He was also the proud owner of tattoos.

"But why would you force this on your child? At least you might have a semblance of what it's like to have anatomically correct genitals..." I asked him.

"Well, I might consider it," he said, "but my wife is Indonesian and Muslim so... it's kind of a given."

"Well, is your wife circumcised?"

"No, but that's totally different."

I took it upon myself to explain to him that in Indonesia, Malaysia and other South East Asian countries, girls are circumcised as boys are, and some may even describe it as "less severe."

This second co-worker was more receptive to my message, and, at least for that afternoon, lent me an ear.

"You seem so passionately against this, and I'm curious to know why."

He admitted that I had a point.

Of course he asked the usual questions.

"Well what about surgery and vaccinations?" He asked.

"What about them? Usually surgery requires clear medical indication. And vaccines actually prevent disease and are recommended by every respected medical organization, unlike male infant circumcision," I told him.


"There is nothing wrong with having a circumcised penis," I said.

"There is nothing wrong with having tattoos," I said, to try and resonate with something familiar to at least one co-worker.

"But I'm against it when forcibly performed on healthy, non-consenting minors."

That question stuck in my mind.

What IS wrong with having a circumcised penis?

But that perspective is wrong.

You do not ask what's wrong with a forced, artificial phenomenon.

If that is how a person wants to be, or if it is a result of something inevitable, that is one thing.

The bigger question should be, what is wrong with having anatomically correct genitals?

What's wrong with the penis, whole and intact, as nature, or the Creator, if you believe in one, made it?

I didn't think to ask this question then, but I wish I had...

When you have these conversations with people, short of getting on your knees and begging, there is nothing you can really do, so I ended on this note.

"I will not ever bring this subject up again. I only talked about this because it was brought up. I prefer to preserve peace. But please, if I could at least get you to do this, please please PLEASE look this subject up and research it more. Don't take it from me."

And so our conversation ended there. Hopefully the subject will not be brought up again.

I surely hope I do not live to see the day my co-workers bear male children.

Or if I do, I hope they do not tell me about their sons' circumcisions.

Or better yet, I hope I've planted a seed in their minds, and they'll come 'round...

When all is said and done, that conversation couldn't have had a better outcome.

We each had our say, we're still talking, and we're not at each other's throats.

Even though the conversation didn't exactly end how I wanted, it is my hope that I would at least have given them something to think about.

Well, that's all I've got to say for the remainder of this year.

As for the AAP and CDC?

What more can be said?

Get back to me when one of them actually goes through with a recommendation.

A happy and prosperous new year to all.
Posted by Joseph at 11:58 PM