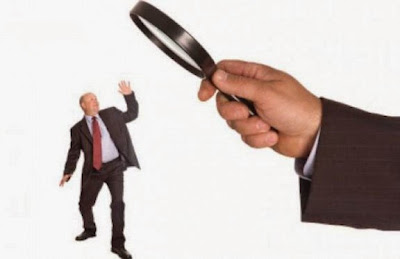 In my last post regarding this case, we learned that, Heather Hironimus, the mother of the boy in this case was arrested and put in jail on Thursday, May 14, after Broward County sheriff's deputies stormed the domestic violence shelter where she and her son were taking refuge. The boy has presumably been handed over to his father to do with him as he wishes.

Intactivist circles on Facebook are abuzz anew, as new information regarding the whereabouts of this case is released.

According to Intact America, one of many intact organizations keeping watch over the case, the mother is currently being held at the county jail. Chase, the 4-year-old caught in the middle, was taken into custody too, although his wereabouts are unknown, according to the mother's attorney, Tom Hunker.

The mother's attorney has filed an emergency temporary restraining order (TRO) with the Federal Court, requesting that all Defendants in the Federal case, which includes the father Dennis Nebus and Judge Gillen, be forbidden from circumcising the boy until at least the Federal case is resolved. Mr. Hunker states that the boy's right to due process was being denied by Judge Gillen.

Federal Judge Kenneth Marra has scheduled an emergency hearing on all motions filed for Monday, May 18th, 1:00 pm at the federal courthouse. There will be a ruling on the TRO motion, but the testimony concerning the case itself will not be heard.

Father Objects to British and All Media Coverage of Upcoming Hearing
Apparently, Beyond the Frame Ltd. filed a request a Request for Video Recording of the hearing scheduled for this upcoming Monday, but the court denied the request because the father has objected to being recorded by British television, or any other media request for video coverage.

The court docket containing the Notice of Objection has been uploaded by a Facebook user here.

The wording in the legal document is that "At least one Defendant has indicated that it does not consent to the video recording." I find it strangely ironic that the father "objects" to, and "does not consent" to being filmed by mass media, in a case where he is fighting to cut his son's genitals, regardless of whether he "objects" or "does not consent."

Not Out of the Woods Yet
At least for now, it seems like there may yet be a ray of hope for this mother and her son, but they have yet far to go. The whereabouts of this child are unknown, and one can only hope he is in a safe place, away from harm. And even if all stands still until the Monday hearing, the federal judge must still rule in favor of Chase and his mother.

This weekend, those in favor of Chase's freedom hold their breaths and pray for his safety, and that when all is said and done, he walks away unharmed. God bless his mother for fighting the good fight to protect her son's most basic of human rights. 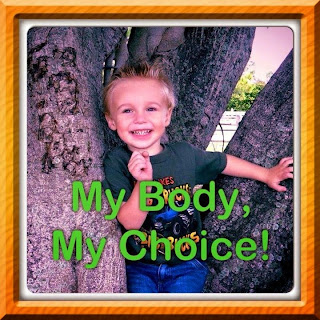 Prayers and thoughts go out to Chase, the child in this case.

The circumcision of a 4-year-old does not look pretty.
My heart breaks as I imagine the pain and trauma
poor little Chase will have to go through, and what
terror and fright he may be enduring right now,
as he anticipates what will be happening to him.

Is Chase Safe?
Many who are keeping watch on this case, myself included, are afraid for the safety of Chase. Though his whereabouts are unknown, it is assumed that his father has him, and that he is desperately trying to have him circumcised before the federal court can say anything about it.

It is believed that Judge Gillen had a hand in hastening the arrest of Heather, Chase's mother, as he and Chase's father, Dennis, seem to share the same belligerence and pathological obsession with "being right," and both wanted to trump federal court jurisdiction and circumcise Chase before the federal court hears the matter.

Up until now, I felt rather forlorn and fearful that Chase would be circumcised this weekend before Mondey proceedings, but an intactivist friend of mine who is in the know has shared an analysis of the situation with me that, at least for now, has allowed me to breathe a sigh of relief.

In the first place, Chase's father is bound by the self-same parenting agreement he is trying to invoke to justify imposing needless surgery on him, and is required to notify Chase's mother promptly of any and all appointments made for Chase well in advance. There are serious repercussions for violating this, and indeed it was one of the main reasons that Chase's mother decided to enter the domestic violenc program with Chase. So if a circumcision is scheduled, or even a pre-op visit, Chase's mother must be informed -- and Judge Gillen agrees.

Secondly, Judge Gillen desperately wants to see Chase's mother sign the consent papers, so there is no way he can let the circumcision happen and render that moot. The whole point of arresting and jailing her was to make her face her intact son once last time and sign the paperwork. Or lock her up and throw away the key.

And lastly, Federal Judge Marra is very aware of what's going on, and it appears he doesn't like this whole predicament, which reeks of Elian Gonzalez. If Dennis & Co. tried to get Chase circumcised before Monday's federal hearing, there would be serious federal ramifications.

For these reasons, it may be safe to assume that Chase will be safe up through Monday's hearing. The child may be scared witless, angry and sick to his stomach, but at least he won't be facing forced surgery.

Why can't authorities just step in and demand that he be left alone?

Common Sense in Israel
Posted by Joseph at 5:12 AM