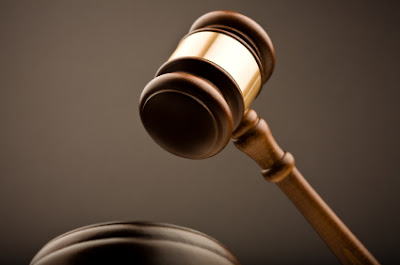 Georganne Chapin of Intact America was present at the hearing of Chase's case in the federal courts today. I'm tired, and I've been holding my breath until now, so I'm just going to post Georganne Chapin's review and comment minimally towards the end:

The long hearing touched on all the important issues, but in the end, Judge Kenneth Marra did not rule on any of the motions.

The child's attorney, Thomas Hunker, went first. He argued that the Federal court should accept jurisdiction. Judge Marra asked him many questions, focusing on the critical questions of whether the child is indeed a new party (i.e., not represented in the state court case) and whether the issues had already been litigated.

Mr. Hunker made compelling arguments that the boy's Constitutional rights were not presented in the state court—that the dispute then was between the parents, that it was viewed as a contract dispute, and that the boy's right to bodily integrity was not presented.

Federal court Judge Marra was not ready to rule today on the jurisdiction question, which is key to determining whether the child has additional legal remedies.

Early in the hearing, he asked the attorney for the father Dennis Nebus if he would agree to wait before carrying out the circumcision. Nebus' attorney expressed reluctance to do that, but said he would defer to the judge for a limited time. It became clear that the Defendant's position is that if the Federal court does not have jurisdiction to litigate the case, it similarly has no jurisdiction to issue an injunction (a Temporary Restraining Order, in this instance). Both the judge and the Defendants were aware of this, and I believe that's why Judge Marra phrased the question as a request, rather than an order.

A good deal of the back-and-forth between Attorney Hunker (for the boy) and Judge Marra consisted of arguments about whether or not the Plaintiff had the right to bring the case in Federal court. The judge wanted Hunker to tell him (1) that the boy was indeed a new party (question: if the mother wasn't representing the child's interest in state court, whose interest was she representing?); (2) that the issues presented in the federal complaint were different than those presented in the state case.

The two questions are actually, in my mind, intertwined. It seems that the boy's constitutional right to bodily integrity was NOT raised in the first case. Neither was his right to equal protection - but, ironically, it was Judge Marra who zeroed in on the latter, asking: "OK, so you're saying that if a parent were prosecuted for cutting the genitals of his daughter, that parent's defense could be that the anti-FGM statute is unconstitutional because it only protects girls?"

What was historic about the discussion is that there was actually a discussion about circumcision as infringing upon the rights of the male child to bodily integrity and equal protection.

Where I felt the Judge was totally off base was in focusing on circumcision as a medical decision - one that the parents had the right to make. He kept raising examples like tonsillectomies and cancer treatment. Where I felt that the child's attorney could have argued more strenuously is that (1) there is absolutely NO medical need for the surgery (unlike in the Judge's examples; and (2) there is absolutely no necessity for the surgery to take place NOW. The father's attorney said "Mr. Nebus is entitled to finality, and the boy is also entitled to finality."

Finality? Even though it's irreversible bodily mutilation of a child?

Unfortunately, Heather Hironimus was not in court. Her mother, father and sister were there, they did not know ahead of time that Heather would not be.

The judge did not indicate when he will rule on the jurisdiction question. The timetable seems likely to be set by whether the father goes ahead and schedules the surgery, promising to give the judge a 7-day notice.

I came away feeling neither optimistic nor pessimistic about whether the Judge will accept the case. I remain optimistic that the child can be saved.

My Thoughts...
I'm glad that even though no rulings were made, the case has made history as I've highlighted above.

What bothers me is that the case has become stuck in the matter of whether or not this case should have been brought to the federal court. It is believed by the plaintiffs that the state court has ruled unjustly, and that thus, this would be the next step. That they are trying to argue that the judge did not have this child's best interest in mind is the whole reason they are there. As Georganne Chapin has rightly highlighted, neither the child's constitutional right to bodily integrity, nor his right to equal protection were raised.

Other things that I think ought to be considered when discussing whether or not this judge had the child's best interests in mind are other actions. How could the judge have had the child's best interests in mind when he was not interested in what the child had to say for himself? Why deny him a guardian ad litem? Why dismiss amicus curiae by other parties wanting to speak on his behalf?

Why does it seem the judge's actions were meant to disable the mother while giving the father an advantage? Why did he forbade her from seeking help from others? Why did he deny the mother and child a voice, and then signed a warrant for their arrest when they tried to run to seek someone who would speak for them?

Why does it seem to escape the judge that the child is three years older from when the written agreement was made? Why doesn't it seem to matter to him that the child is now older, fully aware and conscious of his body and his surroundings? That the mother now has information she didn't have three years ago when she signed the agreement? What is wrong with the child that this is being called a "medical decision?"

Why is what this child now thinks about his own body irrelevant?

His needs, wishes and constitutional rights were clearly ignored by the judge in the initial case. Why the continued insistence that this child, whose body is in question, neither be represented, seen nor heard?

Georganne hits it on the nail here. The child is not sick nor suffering an illness that requires surgery. How is it, then that the judge insists it is any kind of "medical decision?" How are healthy, anatomically correct genitals in any way comparable to inflamed tonsils or a cancerous tumor?

What does this mean?


That Nebus get the last word? Is that what this is all about?

If the boy is entitled to "finality," why not ask HIM what he wants?

Whose body is it? Whose choice?

Though nothing has been decided yet, at the very least I can breathe a sigh of relief in that, at least for now, the boy is safe.

I pray that people come to their senses. Let this couple fight their own battles and stop using this child's body as a battle ground.

Let the basic human rights of this child be recognized.

I Close With My Mission Statement
The foreskin is not a birth defect. Neither is it a congenital deformity or genetic anomaly akin to a 6th finger or a cleft. Neither is it a medical condition like a ruptured appendix or diseased gall bladder. Neither is it a dead part of the body, like the umbilical cord, hair, or fingernails. 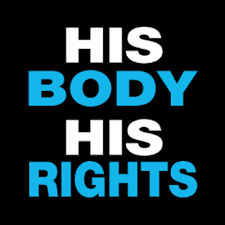