The Future of This Blog 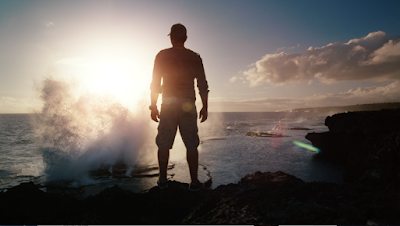 Well, it's been nearly a decade since I started this blog.

I've tried to faithfully publish my thoughts by making at least one post monthly for nearly 10 years and now I wonder what the future of this blog will be.

The fight to end the forced genital cutting of healthy, non-consenting minors is far from over, in my home country of the United States, let alone the rest of the world.

However, I do feel that the intactivist movement has made strides.

It had been nearly 15 years since I first started questioning circumcision when I decided to start this blog in 2011, and now in 2020 it has been about 24 years since, and a lot has changed.

When I first started researching the topic of circumcision on the internet in say, 1996, there were few resources on the topic, most of which were, in my view, very pro-circumcision.

Indeed, the first website that ever came up in AltaVista (Do you remember that?) was circlist.

There were, of course, also, a few organizations that opposed male infant circumcision, but I found those much later in my journey.

The topic of male infant circumcision was a lot more taboo.

In parenting forums, the bias was always mostly in favor of circumcision.

If anyone ever questioned it, they were usually shouted down by all the other pro-circ parents.

Nowadays, it's not the same.

Where I would see a parent questioning circumcision be overwhelmed by pro-circ parents, now I see more and more parents speaking out in defense leaving baby boys intact.

I used to be one of those activists who always felt the need to counter pro-circ comments on parenting forums, Facebook and other mediums, and I always felt so alone to be practically the only one speaking out.

Now, when I see nasty comments on the internet mocking anatomically correct male organs, I scroll down and I don't even have to comment; there are now enough aware parents out there speaking out.

Sadly, an increase in the intactivist voice among parents also means that a lot of parenting forums and groups have also taken it upon themselves to silence this conversation.

Since I started this blog, new organizations opposing the forced genital cutting of healthy, non-consenting minors have arisen.

IntactAmerica, Intaction, and Genital Autonomy just to name a few.

The information database intactiwiki.org has been established.

The award-winning film American Circumcision was published and was even available on Netflix.

Activist Eric Clopper spoke out in a performance he gave at Harvard University; the university has effectively cancelled him and he is now involved in a defamation lawsuit against them.

Male infant circumcision is now being talked about in the mainstream, and it simply is not the taboo subject it once was.

But while more than ever, there is awareness of what's going on in American hospitals, the practice of male infant genital mutilation continues.

The practice continues because it's a moneymaker and doctors have no real reason to stop, even though, reaping profit from performing non-medical surgery on healthy, non-consenting individuals already constitutes medical fraud.

There is still a need to bang the intactivist pot.

For this reason, I plan on continuing to publish on this blog, although I'm sad to announce that from now on, it won't be as often as I'd like.

The sad truth is that your blogger is becoming more and more busy with life.

He is a father of three wonderful children and he works a job whose hours are increasing to support his family.

All is not lost, however; in a way, the goals of my blog are already being achieved.

As I've stated already, more and more circumcision is less of a taboo subject; there is more awareness and the topic is being discussed more openly.

Though I project my presence on this blog is going to decrease in the coming years, there are already other voices speaking out to replace me.

I'm just too busy with my job and family to keep up with any of the latest developments.

And others are already articulating my thoughts and sentiments more tactfully and eloquently than I ever could.

So with this post, I announce that I'll be stepping down, albeit not completely.

I'll still be around to post from time to time, but not as frequently as I'd like.

Up until now, I had been trying to post at least once a month, but I think that more and more, this is becoming less possible.

I'd like to thank all my readership that has followed me this far.

Do check back here from time to time, as I'll still be posting.

Who knows! Maybe I'll find something to post about every month.

I just can't make any promises.

I pray for intactivism for one day to be obsolete, and relegated to the past, where it belongs.