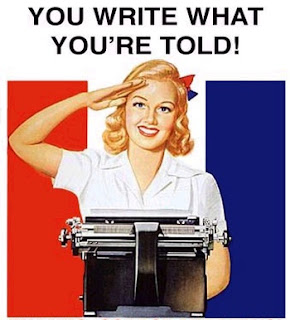 In an earlier post, I talked about how American media uses the "Great Controversy" trope to sell the American public the false perception that the issue of circumcision is one that is fought between "expert researchers and physicians" with an interest in public health, who make sound and compelling arguments in favor of the routine circumcision of healthy, non-consenting minors, and "angry laymen" who offer nothing more than charged emotion.

In a recent set of articles, journalist Janice D'Arcy set out to reaffirm this false perception of reality. This resolve to enshrine pediatricians who advocate and perform circumcisions can be seen in the title of an article in the Washington Post, which reads "Circumcision, and why pediatricians are offering more support."

Self-appointed chair of the so-called "AAP circumcision task force" Douglass Diekema is given the spotlight, and he wastes no time chide his opposition by saying:

"For individuals who have decided that circumcision is wrong, no amount or quality of data will put these questions to rest. It is always possible to find potential weaknesses in any study. What the AAP report does is provide a critical assessment of all of the studies that have been done to date. There are clearly many studies of good quality that demonstrate that circumcision has potential medical benefits.”


In other words, it's all about the "data," and no other group could give a better assessment, than the so-called "circumcision task force" at the AAP, headed by none other than himself.

"Pediatricians want to do what is best for their patients. The AAP policy and technical report on circumcision is intended to provide physicians with an assessment of the scientific knowledge we have about circumcision so that they can best counsel parents. That is more important than what certain groups might think about the report."


This is the self-serving picture that circumcision advocates want the American audience to see, and American media is an accomplice. Only "experts" such as Diekema, and only trade unions like the AAP are capable of assessment of data, and not "certain groups."

In what I can only see as a scripted question and answer handed to Janice D'Arcy by one other than Diekema himself, we see the following Q&A:

Q: Is there a concern among pediatricians that this report will alienate the anti-circumcision folks and isolate them from the medical community (as has happened with some anti-vaccine folks?)

A: Pediatricians want to do what is best for their patients. The AAP policy and technical report on circumcision is intended to provide physicians with an assessment of the scientific knowledge we have about circumcision so that they can best counsel parents. That is more important than what certain groups might think about the report.


This could have better read "Characterizing intactivists as anti-vaccine folks, alienating them and making them as incredible and far-fetched as possible, while making *us* appear to be the knowledgeable 'experts' is precisely what we want."

The sleight of hand that has happened here is that Diekema and his trade organization, along Janice D'Arcy of the Washington Post, is trying to equate the amputation of normal, healthy flesh with immunization vaccines. The assumption that circumcision acts as a vaccine has been planted in the reader's psyche without even knowing it.

Anyone against circumcision is as irrational as people who oppose vaccines, and so they shouldn't be lent any credibility. Neat huh? 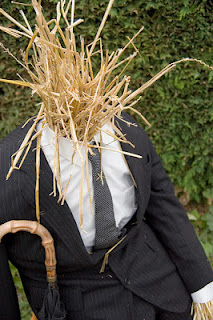 Attacking another person based on an argument he never made is known as "attacking a straw man."

It must be made clear: Circumcision does not, cannot function anything like a vaccine. A vaccine can be demonstrably proven to strengthen the immune system against pathogens that cause disease. When a virus enters the body, it makes no difference whether a male is circumcised or not. Comparing circumcision to a vaccine is an insult to science and modern medicine.

Calling intactivists anti-vaxers is a straw-man argument, and here we see the Washinton Post and Douglass Diekema using it to dismiss intactivists.

Some people who oppose circumcision may also happen to be against vaccinations, but that is not true of all intactivists.

Scathed by the remarks left on her AAP plug piece, Janice D'Arcy set out to publish yet ANOTHER piece to praise the "experts" at the AAP, and dismiss intactivists as "angry laymen," this time titled "‘Intactivists’ furious at new AAP circumcision policy."

She seems intent on separating what intactivists have to say from "expert advice," and this can be seen in the following remark:

"So angry are opponents to the procedure, sometimes called “intactivists,” that their response may be remembered as much as the pediatricians’ advice."


And we hope people might actually analyze and look beyond this "advice" from people who wish to profit at the expense of their children.

"The attempt to respect both sides fell more than flat among critics, including many readers of previous posts here this week on the statement."


It never ceases to amaze me how people try to talk about this issue as if it could be "fair and balanced." Since when do we consider and respect "both sides" of female circumcision?

"Few addressed the issue of religious freedom or that faith is central to many parents who chose to circumcise."

But more to the point, what does the fact that some people see circumcision as a religious requirement have to do with standard of care doctors use for treating children who don't even come from a religious background?

Since when does the AAP concern itself with appeasing a parent's faith over the health and well-being of children?

In my opinion, not much further than that members of the AAP can capitalize. Let us not forget that not too long ago, the AAP tried endorsing a "ritual nick" for girls.

“For individuals who have decided that circumcision is wrong, no amount or quality of data will put these questions to rest…”


Diekema and D'Arcy want to pretend like it’s all about “research” and “benefits.”

Readers, ponder this for a moment; at least ostensibly, the ethics of cutting off normal, healthy tissue from a healthy, non-consenting minor was decided on a “cost-benefit” analysis that, supposedly, erred in favor it.

The unspoken and disconcerting implication seems to be that the forced genital cutting of female minors could one day be legitimized, if enough “research” and “quality data” said that it was “harmless,” even “beneficial, when performed by a trained professional member of the AAP/ACOG.”

This is a textbook case of sexist special pleading; there will never be enough “quality data” that would ever justify the smallest “ritual nick,” as the AAP found out not too long ago.

D'Arcy is intent on reaffirming the false reality of which she want to convince her readers:

"It remains to be seen if rates will continue to decline and which will have more sway among new parents: the pediatricians group or the fierce reaction to their new advice."


Pitting "expert professionals" against "the angry mob" is a disingenuous misrepresentation of reality. Absent from these smear pieces is the fact that the AAP is stepping out of line of Western medicine.

The fact of the matter is, the trend of opinion on routine male circumcision is overwhelmingly negative in industrialized nations. The most respected medical board in the world all have access to the same data as the AAP, and yet there is not a single one that recommends circumcision for infants, not even in the name of HIV prevention. They must all point to the risks, and they must all state that there is no convincing evidence that the benefits outweigh these risks. To do otherwise would be to take an unfounded position against the best medical authorities of the West, as the AAP has done in their latest "statement."

It would be more honest of D'Arcy to paint the whole picture, not just the angle that favors the AAP, and quite possibly her own bias.

These articles follow the AAP press script closely, giving canned answers to scripted questions. Either D'Arcy is in the pockets of the AAP and she rehearsed her lines well, or she really is that out of touch with reality.

Leave it to American reporters to investigate an issue to the fullest.

Read what this expert is saying; he is an ethicist and does a much better job than Diekema. The AAP ought to consider him for their "task force." (Something tells me they're not letting people who can actually debate the issue in...)