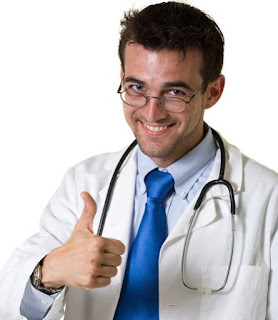 The following circumcision "researcher" flubs were highlighted on Circumstitions News.

Circumcision "Researchers" in Africa: "Oops"
First on the bill are the three big African "circumcision trials." Apparently, the fact that two of them were registered late went unnoticed. That is, until recently.

It looks like PLOS One and The Lancet wanted to publish impressive high impact trials, but found they weren’t registered. To get around this, it looks like they got the authors to do it retrospectively, and hoped no one would notice!

Discrepancies and/or absurd correspondences between the plans and the outcomes as a result of the late registration can be observed, for example, that the South African trial got EXACTLY as many subjects (3274) as planned.

US Circumcision Death Rate May Be 156 Annually: Thx Prof. Morris!
Next up, a Brazilian study, which evaluates circumcisions performed at Brazilian hospitals within a 27 year period, has been reportedly circulated by Australian circumcision enthusiast Bryan Morris, presumably because he likes the "very low mortality rate" associated with the procedure.

For the study, researchers used figures from the Unified Health System database from 1984 to 2010. A total of 668,818 men were admitted to public hospitals for circumcisions to treat diagnoses of phimosis.

Brian Morris must have been jumping for joy to see this figure. Except, that percentage hides a rate of 1 in 7692 circumcisions (63 out of 484,596 circumcisions in a 12 year period). An estimated 1.2 million newborn boys are circumcised in the United States yearly, where this rate would mean 156 circumcision deaths per year.

Forget the fact that phimosis is often misdiagnosed, putting into question the necessity of a percentage of the circumcisions examined; this number far exceeds Bollinger's estimation of 117 circumcision deaths per year.

It is difficult to come up with an accurate estimate as to the deaths caused by circumcision, because hospitals aren't expected to report this data, and/or because doctors often deliberately misattribute them to other causes to avoid a lawsuit.

But thanks to Professor Brian Morris, we may now have a better idea.

(For more details, read the article and Hugh Young's commentary here.)
Posted by Joseph at 6:14 AM