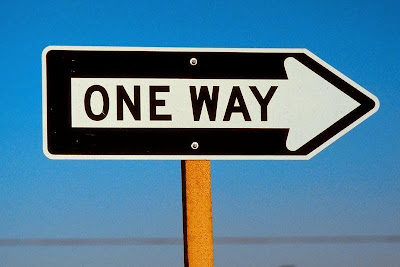 In advance, I'd like to apologize to my readers for the bad quality of my latest posts. I barely have anytime to throw this one together. Please bear with me, forgive the recent hastiness with which I write, and forgive me where I could have expressed myself better.

On with my post...
Even in Israel, circumcision is being questioned, and there are Jewish parents who are choosing to forgo infant circumcision for their male newborns, in lieu of leaving the choice up to them when they are adults. This does not sit well with rabbinical authorities, however, and it looks like they're trying to make an example out of a dissenting woman.

To make a long story short, a rabbinical court in Israel (rabbinical courts have legal jurisdiction over religious questions, including marriage and divorce, concerning the country's Jewish majority), is forcing a divorced woman to facilitate the performance of a Jewish circumcision for her son.

As part of the divorce process, her ex-husband has asked the rabbinical court to compel her to circumcise her son, who is now 1 year old, and was never circumcised in accordance with Judaism.

A rabbinical court in Netanya this week forced a divorced woman to facilitate the performance of a Jewish circumcision for her son,

The woman tried to argue that the rabbinical court does not have jurisdiction over her son, but her argument was rejected by the rabbinical judges, and the court is now fining her about $140 a day until she goes through with her child's circumcision, in order to appease her ex-husband's wishes.

The rabbinical judges claim the woman was opposing her son's circumcision as leverage to keep her husband from divorcing her, but this is strange, as, apparently, her husband didn't have a problem with their son not being circumcised until now that they're getting divorced. It would seem, at least to me, that it is quite the opposite; the man wants to use the child as leverage to keep the woman from leaving, if not permanently mark the child in his flesh as a means of retaliation against her for divorcing him.

While the rabbinical judges claim to simply be siding with the father, they have also referred explicitly to the growing debate around ritual male circumcision elsewhere in the world, and voiced their fear of a precedent that could be created if a Jewish Israeli succeeded in keeping her son whole.


“We have witnessed for some time now public and legal struggles against the brit milah in many countries in Europe and in the United States. The public in Israel has stood as one man (Really? Are they speaking for all of Israel?) against these trends, seeing them as yet another aspect of displays of anti-Semitism that must be combatted. How will the world react if even here the issue of circumcision is given to the discretion of any person, according to their own beliefs?”


Indeed, how would the world react if "religious freedom" was actually practiced in Israel, by those who expressly demand it in other parts of the world?

Meanwhile, in Sweden...
Meanwhile, in Sweden, a Jewish woman is claiming asylum in her own country, "for the right to live a religious life, to preserve our cultural identity, and to be who we are without fear of persecution." She protests that Jews are losing the right to practice their religious observances, namely kosher meat slaughter and, you guessed it, circumcision.

"This is the self-image—the reality—that Jewish children in Sweden grow up with: being Jewish means being under threat of harm from bad people. This is where we are at.  One by one, our practices are being outlawed. Attacks on us are going unpunished. Politicians, journalists, and intellectuals describe us as barbarians."


I wonder what self-image the child in this case, what "reality," he'll have to grow up with; what threats HE has to live under. While a Jewish practice is being outlawed in Sweden, it is outright being forced in Israel. Is it any wonder that anyone describes Jews as "barbarians?"

"Why do we put up with it? And why do pundits and politicians assure me that Jews in Sweden are perfectly safe when what they really mean is that we will be safe only so long as we agree to become invisible as Jews and cease to practice Judaism?"


Funny word she uses here... "invisible..." Here, it means a Jew who ceases to practice "Judaism," at least as she defines it, but in Israel, "invisible" means quite the opposite. (A good Israeli Jew is one who complies with all Jewish customs, including the one that says you must cut your children's genitals.)

"EU statutes provide that asylum be granted to persons with “well-founded reasons to fear persecution due to race; nationality; religious or political beliefs; gender; sexual orientation; or affiliation to a particular social group.” Jews in Sweden meet these criteria, and should be eligible for the same protection and support extended to non-natives."


I wonder if the woman in this divorce case meets these criteria and is eligible for this same protection and support... in her own country...


"And so today, November 18, I am legally filing for refugee status and asylum—not in America, not in Israel, but here in Sweden, my own country.
Absurd?  No doubt."

Let's hear what she has to say about this divorced woman in Israel.

To close:
So while in Sweden, a woman "files for asylum" because she demands the right to mutilate her (male) children in the name of "freedom," a religious court in Israel is forcing a woman to go against her own beliefs that her son should be free to make his own choice.

That's funny, because right now Israel's Knesset has sent evangelist MK's to Europe to try to get the Council of Europe to void their latest resolution declaring circumcision the violation of basic human rights that it is, on grounds that it violates "religious freedom."

Who should be filing for asylum here?

Just imagine if an Islamic court were forcing a divorcee to cut their daughter. Isn't Israel supposed to be like, the only democracy in the Middle East?

What would be the public outcry?

What utter shame and hypocrisy.

The very least the rabbinical judges in this case can do is grant this woman the freedom they claim they demand for Jews in other parts of the world.

If you want to help:
A Facebook group has been created dedicated to helping this woman out, to those who are interested.

"We're looking for help with this case, most urgently a way to donate money for the legal fees and the fines this mom is racking up. If we could piggyback on an existing charitable organization that would be great. All ideas are welcome."