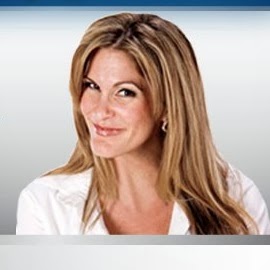 Very recently, money mogul Dani Johnson openly bragged on her Facebook page about her grandson having had his genitals ritually mutilated by a rabbi. (Link may not work as she may have deactivated her post or taken it down.)

Reads the caption with a picture she posted:

"My little grandson Anthem Hosea was circumcised today by a Rabbi. Such an awesome experience to witness. I was blown when Arika told me she and Zac wanted a Rabbi to do the procedure. So deliberately making a covenant with the God of Israel, the Maker of the Heavens and the Earth, the God of Abraham. (Get ready for the hate mail)....I really DONT CARE!!! I know who I am and WHO has blessed me!! I love Him with my WHOLE HEART and I am NOT ashamed of the Gospel of Yeshua Ha Mashiach (Jesus the Messiah)."


She doesn't seem concerned that the experience may not have been so "awesome" for her grandson.

She doesn't seem to actually understand her own faith and the implications of a rabbi performing a Jewish blood rite on her gentile grandson.

She says she's "not ashamed of the gospel," yet she seems to be oblivious to what it actually says. She seems oblivious to the whole meaning of the word "Christian," where Christians are supposed to be saved by the grace of Christ (hence the name CHRISTian) and not by the keeping of Jewish law.

"Stand fast therefore in the liberty wherewith Christ hath made us free, and be not entangled again with the yoke of bondage. Behold, I Paul say unto you, that if ye be circumcised, Christ shall profit you nothing. For I testify again to every man that is circumcised, that he is a debtor to do the whole law. Christ is become of no effect unto you, whosoever of you are justified by the law; ye are fallen from grace. For we through the Spirit wait for the hope of righteousness by faith."


So is she going to start eating kosher too? Keeping Shabbat?

Is her grandson going to be raised Jewish?

It's bad enough this woman sounds oblivious to her own faith, I ask, what was the rabbi thinking when he agreed to circumcise a gentile child?

Why didn't he say "No, I only circumcise Jewish babies?" Does this not cheapen the whole significance of what is supposed to be "an holy covenant?"

Or did he intentionally do this for bragging rights?

"For not even those who are circumcised keep the law, but they desire to have you circumcised that they may boast in your flesh."


This whole thing is despicable. The parents for having gone through with this, the rabbi for doing it, and this ignorant woman for bragging about it on a social network like Facebook.

Don't get me wrong, I have disdain for anyone that mutilates the genitals of a healthy child, but this rabbi, if he is worth his own salt, and others like him, should know better than to be circumcising non-Jewish babies.

Why are they doing this?

If this is such a "cherished tradition," what is the reason for circumcising non-Jewish babies willy-nilly, to whom the circumcision will have no actual significance whatsoever?

What would they think if a Jewish couple took their child to be baptized at a Catholic church?

Well, she should. (Or maybe she does... why else would she be preempting hate mail?)

If she can't even get her own faith straight, how can any of her advice concerning other matters be taken seriously?

I feel sorry for that child, who has been reduced to just a mere accessory.

I don't know which is more despicable, the fact that it is acceptable to forcibly use a body that is not your own for the expression of your faith, or the fact that people can be so oblivious that they commit actions that go against their own faith, and then publicly BRAG about it.

Others have tried making educational posts on her page with the verses quoted above and more, but apparently she is just deleting them and blocking those who contradict her, self-servingly leaving up only posts that praise and validate her. It's rather sad that there seems to be a hundreds of people who are as oblivious about Christianity as she is. Talk about the blind leading the blind.

Dani Johnson doesn't seem to be interested in educating herself, just preserving her own religious fantasies and public image of enlightened and informative millionaire.

She is sadly mistaken if she thinks we will remain silent.

"Truth suppressed will find an avenue to be told."
Related Blog Post:

Why Christians need not be circumcised
Posted by Joseph at 7:05 AM