FLORIDA CIRCUMCISION SAGA: Mother May Get Monitored Visits With Her Son 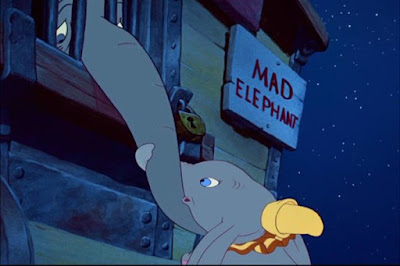 It has been a while since I last commented on this story from Florida, where a court has ordered a child to be taken away from his mother to be circumcised as his father wished, and his mother was forced to sign the documents of consent under duress. In part, I don't want to write about this story any further, as it breaks my heart every time I think about it.

It looks like at long last, the mother in this case is going to be reunited with her baby after being forcibly torn apart by the state to appease her ex-husbands wishes to have her son circumcised, albeit under tough conditions and extreme surveillance. The father fears the child will be "abducted." (That's a laugh, considering what he put the child through, ripping him away from his mother in the first place. No, the father is afraid the mother will try to do what he has done.)

No one knows what will happen exactly, as the father has fought tooth and nail to keep this under wraps, and the courts are taking his side and cooperating with him, but the possibility of meeting at a neutral place, once a week for an hour, while being watched by a cop was discussed in recent proceedings. No photos can be taken, and the mother is not to say a single word to the child about circumcision. For the fuller story, the Sun Sentinel article can be read here.

My Comment
That this is happening seems so surreal.

Is this really happening in the United States of America?

It fills me with rage every time I think about it.

Now imagine that the state was actually on his side. Imagine that no matter how hard you tried, the state would not listen to you, ignored you every time you tried to ask for their help, and dismissed everything you tried to say to let you protect your own son from needless surgical intervention. Imagine the state actually commanded you to hand your child over to your husband so that he could do as he pleases with your son, while you stand idly by.

Now imagine you doing the only thing you could think of as a last resort; taking your child and running to a place of asylum for one last attempt to protect your son. Imagine police forces storming in, ripping him from your arms and whisking him to his designated fate. Imagine being thrown in jail, being treated as a criminal for wanting to protect your son from needless surgery, and a judge forcing you to sign the permission papers for your son's abuse in exchange for your freedom.

There are no ifs or buts about it, your ex-husband is going to have his way with your son and the state is actually protecting him helping him realize his sick ambitions.

Now imagine that after time has passed, the court has finally decided it's time for you to see your son, but you will be monitored, and you are gagged from asking the one burning question whose answer you've been dying to know; is he OK? Has he been mutilated or has he been, at least for the time being, spared?

How is it the father can take the child and do as he wishes, telling him the boy whatever he wants, but the mother is gagged from doing so?

How is it that what the boy actually wants for himself hasn't been considered? And that the courts have actively refused that option?

How is it the boy's own mother is being denied the right to know what has transpired in the time her son was taken away?

A father who is hell-bent on having his son's genitals mutilated for his own self-satisfaction is rewarded sole custody, while the child's mother whose only wish is to protect her son from needless surgery is being treated as a criminal.

All meanwhile, no one has bothered to ask the child whose body is in question what it is he wants for himself.

His story is a catastrophe and a shame on this country.

It is a shame in this country when the selfish whims of a father are more important than the fundamental human rights of a child.

To end this post...
There is nothing more to say.

We live in a backwards country where you're thrown in jail and treated like a criminal for wanting to protect your children from forced needless surgery, but sick perpetrators who want to take them to have plastic surgery on their genitals to fit their liking get awarded sole custody.

Only if the child is male.

Were this a Sudanese, Malaysian, Indonesian man, or a man from a culture where female genital cutting is the norm, the scene would be different.

In this scenario, such a father would be jailed.

Girls and women are protected from unwanted, non-medical genital surgery by law, but the state will actually help you out if you want to inflict the same to a boy.

How fucked up this country...

A country whose laws will not protect the most basic human rights of a child, a country who was complicit in actually carrying the violation of these rights has failed.

It sounds as though intactivist efforts may be paying off however; according to the report referenced here, the father appears to be having a hard time finding somebody that will circumcise the child without a medical diagnosis. This may be due in part to intactivist demonstrations being held across the country, but also in great part to doctors and other organizations threatening to file a complaint against the doctor and hospital who would perform or facilitate this child's non-medical genital surgery.

What will happen to this child?

Will a father actually get away with having a doctor perform non-medical surgery on his 4yo son's genitals for his own satisfaction? At the expense of the child's rights and express wishes?

Will a doctor actually go through with carrying out the whims of this mentally depraved father?

I hope that this is the last blog post I EVER write on this story.

To be honest I don't want to know anymore than this; I'd be too afraid to know this child was mutilated, to imagine the horror and pain he must have gone through.

My deepest prayers are that this child is safe, that this mother is finally reunited with her child, and that he doesn't have to spend any more time with that sick, disgusting monster of a father of his. 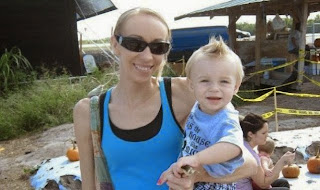 May this child be back in his mother's arms where he belongs.