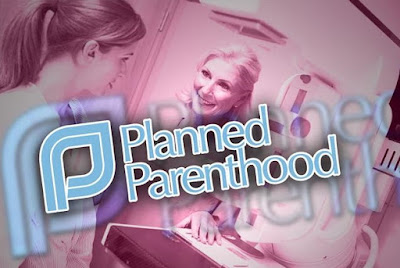 Some controversial videos have been released, and now Planned Parenthood is in the hot seat. The videos depict Deborah Nucatola, Planned Parenthood's medical director, casually discussing the sale of aborted fetal organs to researchers for profit, and how abortion procedures could be performed in a way that the organs remain intact, and now pro-life groups are lobbying to cut their federal funds.

It's hard for me to agree one way or another whether Planned Parenthood should lose federal funding or not. On the one hand, I feel that there are a lot of good health services they provide which benefit both men and women. I don't have a problem with providing couples with contraception and detecting services for life-threatening diseases like breast cancer. On the other, I'm going to declare a conflict of interest right here and say that generally, I am pro-life.

I know that sometimes abortion is inevitable, so I don't think there should be a complete ban on it, but generally, I oppose abortion, as I do view it as taking a life. On the whole, I oppose the killing of a child that may as well survive outside its mother's body, let alone selling its body parts off to research facilities; that just creates demands for more abortions, and creates incentive in organizations like Planned Parenthood to gear parents towards abortion. Instead, I am fully supportive of providing education in sex and contraception.

Women's Health at the Expense of Boys and Men
My own personal disdain for Planned Parenthood began with the release of a video they made targeting teens, in which they inadvertently, or perhaps quite deliberately, it's hard to tell, try to portray having a circumcised penis as "normal," while portraying having a foreskin as some kind of genetic variation, and as the cause for angst in some teens who might be worried about being viewed "normal," like a big nose or ears that stand out.

The creators of the video take great care to show all the different variations of the female vulva (e.g. large labia, small labia, uneven labia, large clitorises, small clitorises, etc.) and reassure their female viewers that "all are normal." For males, you're either circumcised or not, those are the only two options, and not being circumcised is portrayed as some kind of deformity only some males are born with, when in actuality, a penis with a foreskin is standard equipment when it comes to human male anatomy, and not having one is not even a genetic variation but a deliberately forced phenomenon. Somehow, I don't think Planned Parenthood would ever depict vulvas with missing labia and/or clitorises as "normal variations of female genitals."

Even in their 2012 statement, the AAP stopped short of a recommendation for male infant circumcision because "the benefits are not great enough." Somehow Planned Parenthood is above them?

Of what business is Planned Parenthood's that funding is cut for an elective, non-medical procedure on healthy, non-consenting minors that they don't even provide?

Their business is with adult men and women. Cutting funding for an elective, non-medical procedure that is forced on healthy, non-consenting minors should be of zero consequence to them.

WHY did they stand in the way of this bill?

What are the implications?

"Having a foreskin is normal, except for having one automatically makes you a promiscuous male likely to have STDs and are prone to UTIs?"

"Having a foreskin in normal, but better cut it off?"

But it doesn't stop there.

Planned Parenthood can be seen jumping onto the circumcision/HIV bandwagon, as, apparently, they're also in Lesotho, Africa, pushing male circumcision there.

My guess is, it has to do with securing funds from HIV organizations who make pushing male circumcision as prevention one of their conditions.

It seems funding is what it all boils down to.

While in this recent case they are fighting to secure their own funding on the grounds that cutting federal funding is "an assault on women's rights," because they should have this "choice" on what to do their bodies, on the other hand they worked to deny this same "choice" for male children, the same "choice" they claim women are entitled to. 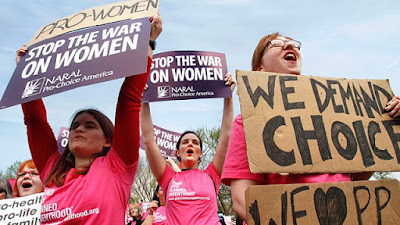 Ultimately, it seems like planned parenthood is willing to throw the rights of boys and men under the bus in the so-called name of "women's health."

Until I see them change this stance, I'm afraid I can only agree that federal funds should be cut.

As a taxpayer, I don't want to be paying into an organization that tacitly approves of, advocates for, even facilitates male genital cutting, and promotes "women's health" at the expense of men's health and choices.

What if it were made "safe?"

What if new gadgets were made that would make it "quick and easy?"

What if doctors were trained to do it with sterile utensils in pristine clinics?

Or is all they care about funding at the expense of males?

What if female genital cutting provided some "benefit" to males?

Would they ever promote female circumcision if it "prevented prostate cancer" in males?

Planned Parenthood defends male genital mutilation. Why should I support an organization which opposes the right to autonomy over the bodies of healthy, non-consenting male children?

As long as Planned Parenthood approves of, defends and facilitates male genital cutting, I can't approve of them getting federal funds.

RED HERRING: The Abortion Debate
Posted by Joseph at 3:42 PM