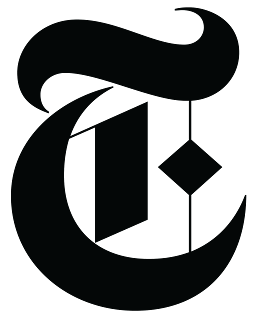 It's rare to find a balanced article regarding the forced circumcision of minors in the media nowadays, particularly in knife-happy America, where 80% of men are circumcised. Most seem to be shameless plugs for circumcision, focusing on the latest "research," or the enthusiasm of some crazy circumfetishist gushing on and on about how all men in the world should be circumcised, which is why I was surprised to find this article in my news feed on Facebook.

The article is surprisingly balanced, considering it was written by a Jewish author. He counters the most commonly cited alibis with reason and reality, and he beckons readers to listen to what the other side has to say, without dismissing them, conceding that we might actually have a point.

I especially like the fact that he openly declares the fact that he is Jewish, admitting that he has a religious conviction to circumcise his children. I don't think I've read an article written by a Jewish person which gives both sides of the debate consideration in my life.

Still, although I see the author strive for balance, he does stop short of asking some very important questions, but I suppose I can see why; as a Jewish advocate of circumcision with a religious axe to grind, there is only so far he can go.

Still, he is to be commended, for in spite of his conviction he has given our side a fair chance.

Could it be American media is coming around to giving the questioning of the practice of forcibly circumcising healthy, non-consenting infants serious consideration?

I wrote a letter to the editor, which I doubt will be posted, because it's probably too long. I've taken the liberty of posting it here for my readers to read.


This is in response to the recent article "Should You Circumcise Your Child?" by Aaron E. Carroll, May 9, 2016.


First off, I must applaud the author, for this is the most balanced article I've read on the New York Times concerning this issue. Most articles read like an infomercial selling male infant circumcision, citing all the wonderful things American medical organizations have to say on the matter, mostly ignoring what medical organizations in the rest of the world have to say. I applaud the author for going out on a limb and declaring the conflict of interest that he is Jewish and has religious conviction to do this to his children regardless of what the "science" says. Nonetheless, this author goes out of his way to give American readers perspective, citing reality in light of all the "research" (mostly conducted by American, presumably circumcised authors), that says male infant circumcision is all great and wonderful.


There are a few important facts that I hoped the author would include, however. For example, that in spite of having a male population that 80% is circumcised from birth, we still manage to have higher, if not the highest rates of STDs than industrialized countries where circumcision is rare or not practiced. In some instances, we have higher STDs than countries said to be 2nd world, or developing. According to the CIA World Factbook, we have a higher HIV prevalence than 53 countries where circumcision is rare or not practiced. We have more HIV than Mexico.


Under any other case, performing elective, non-medical surgery on healthy, non-consenting individuals constitutes medical fraud. Without medical or clinical indication, can a doctor even be performing surgery on healthy, non-consenting minors, let alone be giving parents any kind of "choice?" What other elective, non-medical cosmetic surgeries are doctors obliged to perform on children "because the parents wanted it," or "because it's the parent's religious conviction?" These are the questions that Mr. Carroll forgot to ask in his paper. Otherwise, I really must say, Kudos on a paper well-written.


Thank you for your time.

The risks and complications of male infant circumcision include infection, partial or full ablation, hemorrhage and even death.

Intactivism: It's Not Just for Gentiles Anymore
Posted by Joseph at 7:27 AM