The Crimson Joins Harvard in Filing "Motion to Dismiss" 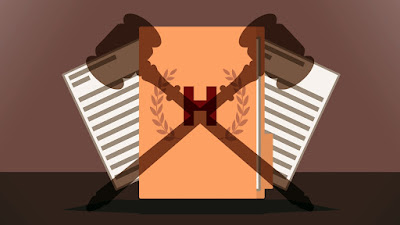 Earlier this month, I posted about how Harvard University basically wants to shrug off Eric Clopper's lawsuit for defamation by filing a "motion to dismiss."

And now, it appears the university's publication, The Crimson, which has also been implicated in the lawsuit, has responded in turn with its own "motion to dismiss."

There is no doubt that a third "motion to dismiss" by the third party implicated in this lawsuit, Baystate Sound, is to be expected.

I'm just going to quickly comment on how bold-faced these actions are before letting you read for yourself what Eric Clopper has said in his mailing list below.

How brazen it is of Harvard and their publication, and Baystate Sound to collude in the deliberate defamation of Eric Clopper to then attempt to brush it off.

Harvard University, The Crimson and Baystate Sound colluded in the defamation of Eric Clopper and the violation of his constitutional rights, not to mention the University's own stated conviction to Freedom of Speech and the pursuit of truth. 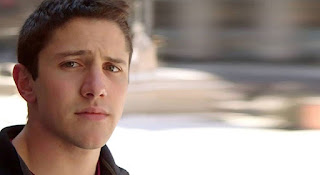 The following is a message sent out by Eric Clopper:

It's been twelve weeks since I filed my complaint against Harvard and their student newspaper The Crimson to begin my lawsuit against them for the violation for free speech, defamation, conspiracy and other claims.

The Crimson has responded my to complaint with their own 12(b)(6) motion, called a "Motion to Dismiss for Failure to State a Claim." This is the same type of motion Harvard filed a week prior to The Crimson. It is essentially their "so what?" defense.

I have updated the docket so you can read The Crimson's motion, i.e. Doc 36, available at https://www.clopper.com/docket.

As a reminder, this motion is essentially The Crimson's "So what?" defense. These motions argue (in the generic sense, not specific to my case), "Let's assume all your alleged facts are true. Even if they are true, so what? There are no legal remedies for the facts as you state them."

You can read The Crimson's "So what?" defense (DOC #36) and compare them to my Complaint (DOC #1) then form your own opinion.

Follow Eric Clopper
If you would like to help Eric Clopper in his litigation against Harvard University, or if you're simply interested in finding out more, visit Eric's web page:
https://www.clopper.com/