CIRCUMCISION DEATH: A Casual Report of a Circumcision Death Makes the News 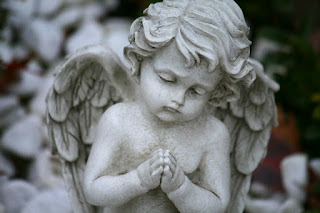 The body of a 9-week old was found, and the news report only briefly mentions that the medical examiners found that he died from a kidney infection that resulted from a botched circumcision.

Death is a risk from circumcision.

It is difficult to pinpoint the exact rate of deaths caused by circumcision because people have incentive to hide the fact.

At 1.3 million infant circumcisions a year, circumcision is a money-maker for pediatricians and OB/GYNs, so trade organizations such as the AAP and ACOG have incentive to hide or downplay deaths due to circumcision.

Doctors have been known to deliberately misattribute the death of a child caused by circumcision to secondary causes, such as "bleeding," "hemorrhage" or "septic shock," so when a child dies as a direct result of circumcision, it is rarely reported as such. Parents are usually complicit with the doctor because they feel just as guilty for agreeing to have the procedure done.

Circumcision is an important ritual for Jews and Muslims, and religious communities have been known to be complicit in hiding culprits whenever deaths due to circumcision arise.

Here, we witness a rare instance in which a death caused by circumcision actually makes the news.

Notice how nonchalant and casual the reporting of this fact is.

Readers will gloss over this fact as if it were no big deal.

They include infection, partial or full ablation and even death.

Because male infant circumcision is elective, non-medical surgery, this risk is unconscionable.

Are American doctors properly warning parents of this risk?