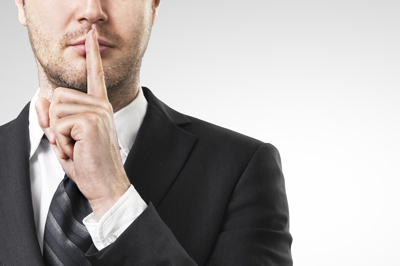 More details have emerged surrounding the circumcision death case in Ontario, and there are a lot of red flags that are going up for me.

I'm going to cut and paste relevant excerpts from a Toronto Star news article, commenting as I go along.

"One Toronto pediatrician was cautioned in writing and another told to get informed consent from parents after 22-day-old Ryan Heydari bled to death following a circumcision in 2013."

First red flag; one would think that informed consent was obtained from the child's parents before performing surgery. Am I missing something here?

"Details about the complaints against the two physicians made to the College of Physicians and Surgeons, including their identities, would have been kept secret had Ryan’s parents not sought a review by an appeals panel. That is a level of secrecy that critics say must change, even as the college is promising to improve transparency."

Second red flag; what is the reason that parents have to seek a review by an appeals panel to get details surrounding their own child's death?

How many other cases are being kept secret because parents didn't think to do what these parents have?

"Earlier this month, the Health Professions Appeal and Review Board (HPARB) upheld the decision made by the college’s inquiries, complaints and reports committee to “advise” Dr. Sheldon Wise, who performed the operation on Ryan following a referral by a family doctor, to document his consent procedure — including discussion of potential risks and complications around circumcision."

Why is he being asked to document the consent procedure after the fact?

Is there no obligation to document the child's diagnosis first?

Why aren't doctors required to have a diagnosis for medical indication for surgery?

"Death following circumcision is rare, a three-member panel of the board noted."


This worthless note is not helpful here.

A child has died.

Duly noting it doesn't help the child or his parents.

"The panel also found the committee’s order to be reasonable, that Dr. Jordan Carr, the North York General hospital pediatrician who saw Ryan after he started bleeding, should be cautioned in writing for “his failure to recognize the seriousness of the patient’s condition and to treat compensated shock.” Carr was also ordered by the committee to write a 2- to 4-page report on the possible complications of circumcision and on how to recognize and treat compensated shock"

They try to downplay this child's death, but somehow, the doctor who saw him should have "recognized the seriousness of the patient's condition."

So much weight on the doctor who had nothing to do with the child's surgery, nor with convincing his parents to have it done seems unfair to me.

Shouldn't the burden of having to outline the possible complications of circumcision be on the doctor who pushed it on the parents in the first place?

The message that "death following circumcision is rare," but that physicians ought to "recognize the seriousness of a circumcised child's condition" is a confusing one.

Scolding this doctor seems like backwards logic to me.

There was nothing wrong with the child.

A healthy child underwent elective, non-medical surgery because a doctor pushed it on reluctant parents.

Before a doctor suggest surgery, shouldn't there be a diagnosis of a medical condition for which surgical intervention is necessary?

It seems to be that medical necessity needs to be establish first.

Before eliciting consent from parents.

Before presenting them with the risks and complications.

Before advising a doctor to "recognize the seriousness" of a child's condition following surgery.

The first fault in the series of events is the doctor who convinced the parents that the child should undergo circumcision.

So why so much weight on the physician who saw him second?

And why should he be expected to believe the situation was "serious," when he has been most likely taught to believe that circumcision is "simple, fast, and risk-free?"

"Wise told the complaints committee he routinely performs circumcisions, and the committee expressed no concerns about his technique or equipment, according to the HPARB decision. But it did feel that he should be obtaining and documenting informed consent before doing the operation."


This part really disturbs me.

A child has died, but  the fact that the doctor circumcised him performs this elective, non-medical procedure routinely seemingly voids any cause for concern.

More important than establishing a medical diagnosis for a condition that necessitates surgery is obtaining and documenting informed consent before doing the operation, is this group's decision.

This seems strange to me; it would seem to me that consent from the parents was obtained., albeit reluctantly.

But what's really disturbing is the fact that a child has died as a result of a needless, non-medical procedure, but that the group is more concerned that the doctor is able to absolve himself by pushing the burden of responsibility on the parents.

Am I misunderstanding something here?

"In Carr’s case, the committee found that he assessed Ryan in a timely manner, but 'overall, the committee was concerned by the lack of urgency and aggressiveness in (Carr’s) approach in this case, and his failure to recognize pending hypovolemic shock.'"


Again, rather this is paradoxical. In one instance, the committee must establish that "death following circumcision is rare," but then they want to chastise this doctor for "lack of urgency and aggressiveness" in the next.

"None of this information can be found on profiles for Wise and Carr in the College of Physicians and Surgeons’ online registry, as the complaints against the doctors were made before the college changed its policies as to what information it releases to the public."

So what else could they be hiding?

"'I think most people would agree that where there was a death of a 22-day old baby, there should be public disclosure where there was criticism found with relation to care,' said medical malpractice lawyer Paul Harte, who is pushing for the college to release information about all complaints against doctors, including their identities and the disposition in each case."


No, some fight to hide this information at all costs, and for good reason too.

What doctor is eager to face a malpractice lawsuit?

"College spokeswoman Kathryn Clarke said the penalty formerly known as a “written caution” no longer exists; only an oral caution, made by a panel of the complaints committee to the doctor. Since this year, this caution is included on the doctor’s profile in the college’s online registry."


Am I reading this correctly?

This physician's "advice," and his execution of this elective, non-medical procedure on a healthy, non-consenting minor has lead to his death, and all he gets away with is "caution," not written but oral?


"But the committee can also choose to issue advice or recommendations to the physician, or request that the doctor work with the college on developing an educational plan. “Both outcomes are considered of low risk to the public, and therefore they are not included on the physician’s profile on the public register,” Clarke said."


Both outcomes are merely a slap on the wrist, and don't take into account the gravity of the situation. 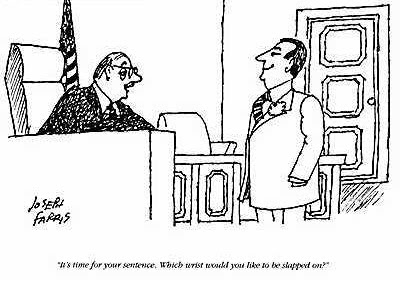 Let me repeat, a child has died as a result of this doctor's "advice" to have elective, non-medical surgery performed on him, and all he gets is "caution."

The parent's testimony is heartbreaking:

“We had Ryan circumcised for health reasons, based on the advice of our family doctor. We were initially very much against having Ryan circumcised, as we felt that Mother Nature had created us the way she had intended us to be...

Our family doctor convinced us though of the health benefits of this procedure, but we had no idea that the loss of Ryan’s life was one of the risks. The loss of Ryan, our only child, has made us realize that we cannot possess anything, even our hopes and dreams. We hope that this never happens to any baby, but losing your child is the only way to find out what effect this can have on your life.”


Before suggesting surgery, a doctor needs to establish medical necessity.

Then he needs to obtain informed consent from his patient, if not the patient's guardians.

The patient and patient's guardians ought to know all the risks and complications of the procedure.

These risks include infection, partial or full ablation, hemorrhage and even death.

In Closing
The foreskin is not a birth defect. Neither is it a congenital deformity or genetic anomaly akin to a 6th finger or a cleft. Neither is it a medical condition like a ruptured appendix or diseased gall bladder. Neither is it a dead part of the body, like the umbilical cord, hair, or fingernails.

CORRECTION (10/28/2015): I have just learned that the physician who convinced this couple to have their child circumcised and the physician who actually carried out the procedure are in fact two different people. I still think the doctor who convinced the couple should also be held responsible. Medical boards ought to begin to issue warnings to doctors not to advise parents to have their children circumcised unless there is diagnosis which indicates clear medical necessity for surgical intervention.