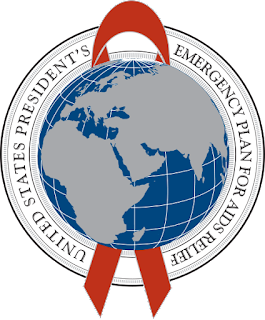 Since the Obama years, PEPFAR has spent millions of tax dollars on "mass circumcision campaigns" in Africa under the pretext of "reducing HIV transmission," based on claims made by authors of very controversial studies.

Ignored Warnings
Their 2020 Country Operational Plan Guidance draft says they are ending their support of infant circumcision due to a high rate of "adverse events" and circumcision complications.

The fact that PEPFAR was funding male circumcision for *infants* in the first place raises many questions.

First, the famous African circumcision "trials" involved grown, sexually active adults. All of the campaigns happening in Africa were supposed to be aimed towards *adult* males, and was supposed to be "voluntary," hence the oft-repeated acronym "VMMC," which stands for "Voluntary Male Medical Circumcision." WHY were infants who are at ZERO risk for sexually transmitted HIV being circumcised? HOW was this "voluntary" for them?

Second, are they seriously proposing that they hadn't known of "adverse events" before? That they had to circumcise millions of infants to find out? Aren't warnings complete with photographs of adverse outcomes published in guidebooks put out by PEPFAR or UNAIDS? How was this not a live human experiment carried out on unwitting children and their parents in Africa?

Promoting the Usage of a Device Known for Circumcision Mishaps 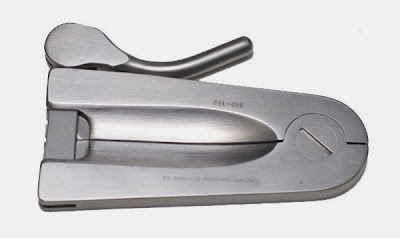 I have already written a few posts regarding the Mogen device, and how despicable it is for "researchers" to feign dissimulation as to the adverse outcomes of the usage of this device. 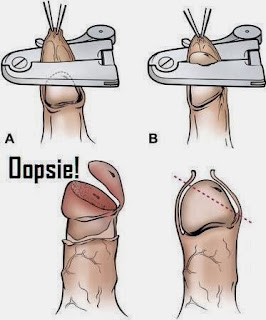 It has been long known that the Mogen
clamp is infamous for glans amputations.

Yet, in their plan, PEPFAR admit to using the Mogen clamp.

Why were they using it?

How was this widely-published, well-known information not known to them?

These are children who will have to go through their entire lives with damaged genitals, no thanks to PEPFAR using a device known to cause errors on a massive scale.

Taxpayers Deserve to Know More
PEPFAR claims to have done 22.8 million circumcisions, according to one of their posts on Twitter.

This information can also be found on the government website here.

This program is being funded by the taxpayer. Former Secretary of State Hillary Clinton gave 40 million of your tax dollars to this program. She and her husband have been known to be avid supporters of circumcising as many African boys and men as possible. As the people funding this madness, we have the right to know the full extent of the damage and implications this program has caused in the so-called name of "HIV prevention."

Precisely how many adverse events were there? Exactly what type of adverse outcomes are we talking about here? How old were the children? What devices were used?


Guidelines for commenting on PEPFAR's website:
PEPFAR says on their website: “Your comments on the guidance are welcome and encouraged, and it is recommended that you are as specific as possible when submitting feedback.”

Meaning: PEPFAR will not read your long philosophical rant. They may not even be interested in public comments at all, and their request for comments is only a formality.

Circumcision in Africa: It ain't workin'...

Circumcision in Africa: We Keep Warning. Is Anybody Listening?