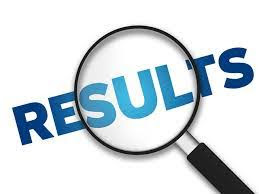 In my last post, I discussed No Nut November and why people might choose to partake in it.

I discussed "death grip," what might be contributing factors to its cause, and how one may be able to overcome it.

Finally I discussed the effects of circumcision and why I believe there might be a correlation between the incidence of "death grip" and being circumcised.

Being No Nut November, and overcoming "death grip" being one of the reasons men might decided to take part, I created a poll on Twitter asking for men to self-report whether or not they are struggling with "death grip" and their circumcision status.

Well, the poll has finally closed after 7 days, the result are in, and here they are.

Up front, it must be said that 40 respondents isn't a huge sample size, but I'm still posting these results for what it's worth.

Here are my observations:

There were slightly more circumcised respondents than intact.

I want to bring attention to the difference in intact and circumcised men who reported they were experiencing "death grip"; there were far more circumcised men than intact men.

The greater number of respondents were intact men reporting they were not experiencing "death grip."

Is there a correlation between circumcision and a higher rate of men experiencing "death grip?"

Again, this isn't definitive by any means, as the sample size is rather small, but if these numbers mean anything, it seems more circumcised men may be experiencing the phenomenon of "death grip" than intact men.

This was an informal poll with a very small sample size, but I hope this might serve as a starting point for others interested in exploring this further.

That's all she wrote for today!

Joseph4GI's Twitter Penis Poll Results
Posted by Joseph at 5:56 AM