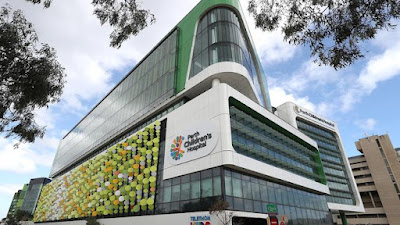 Hey readers... I know it's been a while, but as noted earlier, I just don't have time to post anymore. I felt this was worth posting and I wasn't going to let it get away.

Every once in a while, a circumcision mishap makes the news. I say this, because as a follower of circumcision stories on Facebook, there are a lot of stories that just don't. When I can, I post on here, but it's not always possible.

Even this post is going to be rather brief because I need to get ready for work and I don't have the time to write in all the details as I'd like. Instead I'm going to post links to various articles so readers can go check out the story for themselves.

At any rate, one child has died in Perth, Australia, and another has nearly bled to death.

As is the usual case, doctors and reporters are already trying to shift blame away from circumcision and are studiously avoiding talking about the fact that as male infant circumcision is cosmetic, non-medical procedure in healthy, non-consenting individuals, and that these deaths should have never happened.

Here is a list of news articles; I'll let the reader make their own judgement:

Likely cause of WA toddler’s death after circumcision revealed

Perth toddler who died after circumcision had adverse reaction to anaesthetic, officials say

At least one doctor has his head on straight:

Parents are warned against circumcising their children after a toddler, 2, died 'of a reaction to anaesthetic' and his baby brother almost bled out

The spin of these news articles seem very suspicious.

As a follower of circumcision stories, I observe a tendency for news reporters, especially reporters in countries where circumcision is a normalized procedure, to want to shift blame away from and vindicate male infant circumcision.

"It was an allergic reaction."

"The child suffered from bleeding problems."

All these reasons and excuses as to why readers should overlook the fact that a child has died from medically unnecessary procedure.

Shouldn't have doctors known before?
A few things aren't adding up here.

Let's just assume for the sake of argument that the children were undergoing medically indicated surgery. (Which they weren't.)

An allergic reaction to general anesthesia, even local anesthesia is, or should be a serious concern, and so should a history of hemophilia, as these could prove fatal.

So what is the reason the doctors involved, the anesthesiologist, the surgeon, the doctor who consulted these parents, did not order tests and analyses to make sure the children would survive the surgery?

Why are these even to blame?

From experience, I recently had to have knee surgery to have my anterior crucial ligament (ACL) repaired. At least in my case, in addition to questioning my family history for hemophilia and allergic reactions to drugs and anesthesia, the doctor ordered blood tests and analyses weeks ahead of my surgery.

Is this not standard procedure at all hospitals or clinics?

What is the reason these have become the culprit and not the incompetent doctors?

And it isn't it convenient that the first child died of an "allergic reaction" while the other nearly bled to death?

The two children are related; why was only one found to be allergic to anesthesia but not the other?

I'm no expert or coroner, but I suspect the OTHER child died of uncontrollable bleeding too, except doctors want to save their skins, avoid malpractice lawsuits while keeping male infant circumcision as a source of income, so they shifted the blame, and, as is the usual case, reporters, who may be circumcised and/or parents of circumcised children themselves, are complicit.

The elephant in the room here, however, is that without medical or clinical indication, doctors have no business performing surgery on healthy, non-consenting minors, let alone giving parents any kind of a "choice."

Whether or not blood tests or allergy analyses were conducted are secondary, as far as I'm concerned, because these surgeries were not medically indicated, and should have never happened in the first place.

"After reviewing the currently available evidence, the RACP believes that the frequency of diseases modifiable by circumcision, the level of protection offered by circumcision and the complication rates of circumcision do not warrant routine infant circumcision in Australia and New Zealand."

This is in sharp contrast to the American Academy of Pediatrics (AAP) circumcision policy statement of 2012, which attempts to vindicate, but never quite coming to a recommendation circumcision, saying both that "the benefits outweigh the risks," and that "[the benefits] are not enough to recommend circumcision."

It should be noted that Australia and the US also have starkly different rates of male infant circumcision, Australia, fewer than 20% according to BetterHealth, and at about 56%, according to the CDC.

While the trend in other English-speaking countries is to recommend AWAY from male infant circumcision, American physicians strive to hang on.

What's it going to take for American doctors and world medicine in general to recognize that male infant circumcision is needless and potentially life-threatening?

Closing Statement
The foreskin is not a birth defect. Neither is it a congenital deformity or genetic anomaly akin to a 6th finger or a cleft. Neither is it a medical condition like a ruptured appendix or diseased gall bladder. Neither is it a dead part of the body, like the umbilical cord, hair, or fingernails.