It was something I would expect to find only on one of those cheesy infomercial channels, but there it was on the BBC website.

In the heading underneath the video, you can see it, as if it were irrefutable fact:

"Male circumcision reduces the chances of men in heterosexual relationships becoming infected with HIV."
This should have been my first clue.

This would more accurately read "horrendously flawed and heavily manipulated "research" suggests that male circumcision *might* be responsible for reducing the chances of sexually promiscuous men in Sub-Saharan Africa with multiple partnerships, who don't wear condoms, from becoming infected with HIV."

I was expecting more from a British, non-American news outlet.

At first glance, you would think that the people portrayed might be genuinely interested in HIV prevention in Africa, but upon closer inspection, you find that it's simply more circumcision propaganda, particularly the promotion of the PrePex circumcision device.

How does circumcision prevent HIV? 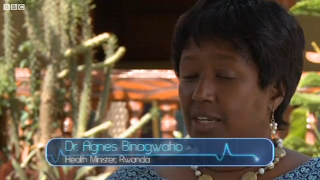 It's disconcerting enough to hear a woman mindlessly chant the well-worn line that "circumcision reduces the risk of HIV transmission in men by 60%." (What does this actually mean, anyway? 60% of what?)

Note: The woman that appears is the Health Minister of Rwanda. According to a demographic health survey taken in 2005,  the ratio of circumcised vs. intact men who contracted HIV was 3.8 vs 2.1. (See p. 10) According to a 2010 study published in the New England Journal of Medicine, rates of HIV among adults in Washington, D.C. exceed 1 in 30; rates higher than those reported in Rwanda. (In America, 80% of the male population is circumcised from birth.) It is disconcerting that the Health Minister is either not aware of the facts, or she is deliberately ignoring them. I suspect she may be receiving a bribe from Bill and Melinda Gates, PEPFAR or whatnot to boldly ignore the situation in her own country.


What is truly disturbing is to see a video on BBC, where a man touts that circumcision reduces the risk of HIV by making the head of the penis tough and callused like the sole of the foot, acting like a "barrier," as if it were matter of fact. 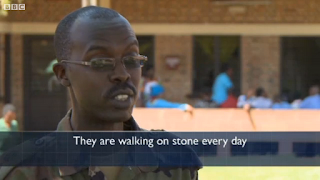 "A person living without shoes, they have very hard skin. They are walking on stone every day, without any wounds. So it's the same thing with the penis."


"Researchers" may claim that circumcision "reduces the risk of HIV transmission by 60%," there is not a single doctor, scientist or "researcher" that can say with certainty that the callused penis acts as a "barrier" against HIV. To be certain, there is absolutely no scientific basis for this claim.

In actuality, this, the theory that the keratinized surface of the penis in circumcised male resists infection, while the tender mucosa of the glans and inner of the intact male are ports of entry, is perhaps the oldest hypothesis on the mechanism whereby circumcision prevents the transmission of HIV.

It has also long been debunked.

One study found that there is "no difference between the keratinization of the inner and outer aspects of the adult male foreskin," and that "keratin layers alone were unlikely to explain why uncircumcised men are at higher risk for HIV infection." Another study found that "no difference can be clearly visualized between the inner and outer foreskin."

To be sure, while "researchers" insist with skewed statistics that there is a "correlation" between circumcision and a reduction in HIV transmission, there is not a one that can demonstrate precisely how this happens.

Few people know this, but the famous big three "studies" from Africa lack a working hypothesis. The claim that circumcision "reduces the risk of HIV transmission by 60%" is pure speculation; there is not a single doctor, scientist or researcher who can provide a demonstrable causal link between the foreskin and HIV transmission.

And yet, here we have it, a man on a video on BBC, pretending to tell us exactly how circumcision works.

Why the BBC allows such drivel on their website is mind-boggling.

Conflicts of interest
In the video, a particular woman stands out. Her eyes are wide and glowing, and she tells us, grinning like a french poodle, the wonders of circumcision, and how this new device does away with "that unwanted foreskin." "Unwanted" by whom? Why is she so enthusiastic about circumcision? Particularly this new "PrePex" device? And why does it seem like she's more excited about getting millions circumcised, than she is about HIV prevention? Why is the fact that, even if "studies" were correct, circumcision is not "100% effective" an afterthought? 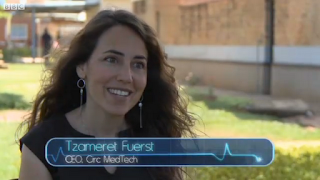 The enthusiastic woman in the video is Tzameret Fuerst, CEO of Circ MedTech, the company marketing the PrePex device. If my presumptions are correct, she is the wife of Oren Fuerst, co-inventor of this device. Millions of men circumcised means that millions of PrePex devices will be bought and used. She's cashing in on the HIV gravy train, and that's why she's smiling.

It is difficult to get a man to understand something when his job depends on not understanding it.
~Upton Sinclair


But this would not be the only conflict of interest this woman has. PrePex was invented by Israeli researchers Oren Fuerst, Ido Kilemnick, and Shaul Shohat.

Why do I mention this fact?

I find it increasingly disturbing, the idea that there are Israelis, and Jewish people intent on evangelizing circumcision to other parts of the world. Shusterman Foundation paid Neil Pollock, a professional mohel and child circumcisor by trade, to promote infant circumcision in Rwanda. The Jerusalem AIDS Project (JAIP) created Operation Abraham, which is an organization whose sole purpose is to promote circumcision any which way it can. They've gone as far as Africa, Mexico, and even America to do just this.

A disproportionate number of "researchers" and outspoken members of medical organizations just "happen" to be Jewish. Aaron J. Fink, the very inventor of the idea that circumcision might prevent AIDS was Jewish. Stephen Lewis, former head of UNAIDS, is Jewish; he founded AIDS-Free World in 2007, and he uses this organization to gather funding for male circumcision programs. Daniel Halperin, a lead circumcision "researcher" is Jewish (his grandfather was a mohel). On May 28th 2010, at the UNC School of Medicine, Halperin lectured on "Moyels without Borders?: Barriers to Scale-up of Circumcision."

So in the end, what's this all about?

Is it really about HIV prevention?

Is it about cashing in on the opportunity? Striking while the iron's hot?

Or do people's intentions on spreading circumcision run deeper than that?

Is this really about HIV prevention? Or is it about popularizing and safeguarding a religious and cultural tradition that has come ever under scrutiny? (Cases, in point, the San Francisco Ban, efforts by the Dutch to discourage circumcision etc.)

All I've gotta say is, there's something fishy going on around here.

This video on the BBC website is nothing more than a paid advertisement for the PrePex device. It's rubbish "as-seen-on-TV" telemarketing that isn't even fit to be on infomercial channel, and the BBC ought to be ashamed for publishing it.

Disclaimer:
The words in this blog belong strictly to Joseph4GI, and do not necessarily reflect the views of other intactivists. Please do not conflate my pointing out of conflicts of interest with anti-Semitism. It is simply matter-of-fact that circumcision is an important and indispensable religious custom to Jews, one that they have historically fought to defend for centuries. Being both Jewish and a circumcision "researcher" presents a conflict of interest, because it places one in the awkward position of reporting accurate findings, and questioning the propriety of what, for Jews, has been a historically controversial and ethically problematic religious practice.

Other posts of interest:
Where Circumcision Doesn't Prevent HIV

The "Anti-Semite" Card No Longer Washes
Posted by Joseph at 9:28 AM