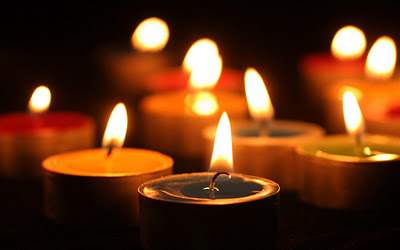 It has all happened before.

And, until the non-therapeautic circumcision of infants is banned, it will all happen again.

But this time, it happened in Sacramento, California.

Within the last hour, Brayden Tyler Frazier died after circumcision put him in critical condition.


He started bleeding uncontrollably after he was circumcised Wednesday at UC Davis Medical Center in Sacramento.

They tried to use coagulants, platelets, plasma etc. to try and save his life, but to no avail.

His body started having seizures because of it, which lead to his liver and kidneys starting to shows signs of failure.

He was 9 days old when he was circumcised, and he died at 11 days of age.

He was alive and well for 9 days until the day he was circumcised, and it was found that he had hemophilia.

EDIT: Brayden's grandfather says that he had been ill and taken to the Dr. for 2 days prior to the circumcision, as Brayden was sleeping constantly and not eating. Initial sticks and pricks were not healing quickly, and most bandages were kept on him for 2 days before the wounds sealed. It appeared his body was not producing "clotting" materials prior to the circumcision. But, according to Brayden's grandfather, "...it wasn't so much that anyone was alarmed."

His parents are now grieving at the Lodi Memorial Hospital.

As a Californian who was born and raised in this area, this is very, very close to home for me.

What will happen now?

Here's what will happen.

Just like all circumcision deaths, this one will be swept neatly underneath the rug.

The cause of death will be recorded as "hemorrhaging to death."

Hemophilia will be blamed.

EDIT: "He had "generalized bleeding"...sepsis, among other things," according to Brayden's grandfather.

The baby will have died of "organ failure."

No mention is going to be made of his circumcision.

Nobody is going to ask why doctors didn't test the child for hemophilia (or any potentially hazardous conditions) prior.

Everyone will demand nobody bother the parents because they are grieving.

They will not press charges.

They will be complicit in covering up this circumcision, and protecting the doctor that did it.

They may have yet another child, and go on to circumcise him too.

People will keep quiet, and demand others do too.

And so it will continue.

One conservative estimate says that 117 deaths a year happen in the US as a result of circumcision.

Although, a recent study in Brasil suggests that rate is closer to 156 deaths a year.

Because circumcision is performed in healthy, non-consenting children without any medical or clinical indication whatsoever, how is anything above 0 conscionable?

Were these parents not made aware of this risk?

Do the benefits truly "outweigh" it, as the AAP repeats over and over?

Or was this child's death not important "because he was going to die anyway?"

I hate having to write these.

When will it end?

Note: Pictures and links to Facebook accounts were not used for this post in respect of the grieving parents. 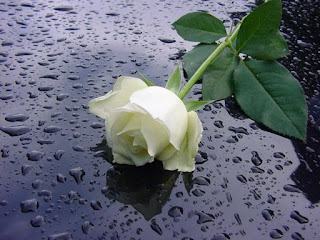 Update (3/9/2013):
Already, Brayden's family is taking down pictures and status updates on Facebook. They're already trying to change their story to make it sound like Brayden's circumcision had absolutely nothing to do with his death, and accusing activists such as myself, of "misconstruing and exploiting Brayden's story for our own selfish purposes."

This seems to be an exact replay of Joshua Haskin's death.

It's rather sad that the health and well being of children is considered a "selfish cause" by some.

A child has died because of a needless operation.

But more important is to preserve the fantasy that he didn't, for the parents' (and the doctors') sake.

So what is more selfish?

You be the judge.

We are being called liars who are "misconstruing," but sadly, this is the internet, and the whole thing, pictures and status updates, was caught on screen shot.

"If someone had stabbed him, and he bled to death, no one would blame the child's condition. It would have been crystal clear that the injury killed him."

To which I say, EXACTLY.

They seem to be a family of faith.

Let it remain in their conscience who the real "liars" are.

Meanwhile, may Brayden rest in peace.

And may one day baby boys be spared from needless deaths like this one.

"Every time a baby dies from circumcision, there's something else involved. Bleeding. Infection. Anesthesia. Shock. Stroke. Heart attack. There's always something that can take the blame. Vulnerable parents are going to choose those things to blame, and so are the guilty medical professionals, because those things were beyond their control, and circumcision was elective and unnecessary. They are in a place where they CAN NOT admit the truth, and it is counterproductive to try." ~Aubrey Terrón

CIRCUMCISION: Another Baby Dies
Posted by Joseph at 9:47 PM

New comments are not allowed.