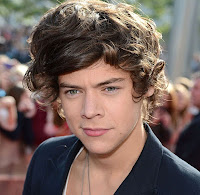 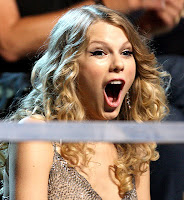 And now they're never, ever, ever getting back together.

Ladies, what would you do if your guy was constantly poking fun at a part of your body he isn't satisfied with, and he kept nagging you to get cosmetic surgery to satisfy his aesthetic tastes?

What would you do if your boyfriend kept telling you that you're flat as a board, and that he would like at least a C-cup?

Maybe he thinks your nose is too big, and you need a rhinoplasty.

What if he called your labia unsightly, comparable to an Arby's pastrami sandwich, or a chewed-up piece of bubblegum? 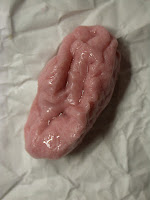 What if he kept nagging you to get a labiaplasty because he thinks your labia are unsightly?

Or would you tell him to fuck off and find a new boyfriend who appreciates you for who you are?

Well, according to recent news, Harry Styles has apparently dumped Taylor Swift because she kept nagging him to get circumcised. (In the UK, where Styles is from, circumcision is rare.)

It pisses me off the sexist double-standards we have in this country, where girls are taught to demand respect for their bodies and that men not view them as just another piece of meat, but boys are taught that they have to sacrifice themselves to appease a girl.

Women are not to be objectified. Women's rights activists decry the notion that beauty can only be found on the cover of a fashion magazine. They fight to send girls the message that they don't have to fit themselves into the mold of a Barbie doll to appease others.

At the same time, more than half of all US born males are taught from birth that their bodies are not their own, and that they must sacrifice it for social conformity.

"I don't want him to be made fun of in the locker room," goes one quip.

"I think it's more attractive, and I don't want any hypothetical girlfriends to be grossed out," goes another.

Self-respect and empowerment for one sex, conformity and subjection for the other.

Why the sexist double-standards?

Good on Harry Styles for standing up for himself.

Guys, if you have normal genitals and a girl keeps nagging you to mutilate yourself for her own enjoyment, tell her you will, just as soon as she goes and gets a labiaplasty.

And while she's at it, tell her to upgrade to a D-cup.

Then maybe you'll think about it.

Or better yet, show her the door.

She ain't worth it.

Find someone who doesn't have a fetish for mutilated penises and who will love you as you are.