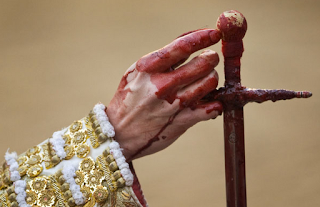 Ever since the WHO endorsed this madness, we intactivists have been issuing this warning.

Here is yet another example of this in action.

It appears Roman Catholic bishops in Malawi have approved of circumcision as an HIV prevention method, because, according to this article, "As a church we are against the use of condoms."

This is despite the fact that in Malawi, the ratio of circumcised vs. intact men who contracted HIV was 13.2% vs 9.5%, according to a study conducted there:


According to Fr. George Buleya, "We have examined theological texts and found no opposition to it."


Here is some of what they would find if they had searched with their heads out of their asses:


~Gal. 5:2 "Behold, I Paul, say to you that if you become circumcised, Christ will profit you nothing!"

~Gal. 5:3 "And I testify again to every male who receives circumcision, that he is in debt to keep the whole Law. You who do so have been severed from Christ. . . you have fallen from grace."

~Gal. 5:11 "But if I still proclaim circumcision. . . then the stumbling block of the cross has been abolished."

~Gal. 5:12 "I wish that those who are pushing you to do so would mutilate themselves!

~Gal. 6: 12-16 "Those who desire to make a good showing in the flesh try to compel you to be circumcised, simply that they may not be persecuted for the cross of Christ. . . They desire to have you circumcised so they may boast in your flesh. . .

~Col. 2:8-14 "See to it that no one takes you captive through philosophy and empty deception, according to the tradition of men...rather than according to Christ. For in Him all the fulness of Deity dwells in bodily form and in Him you have been made whole.. and in Him you were also circumcised, with a circumcision made without hands, in the removal of the body of the flesh by the circumcision of Christ, having been buried with Him in baptism, and raised up with Him through faith. And...in the uncircumcision of your flesh, He made you alive together with Him. . . having cancelled out the certificate of debt consisting of decrees against us which were hostile to us. And He has taken them out of the way, having nailed them to the cross."

What does this friar mean with approving circumcision as a way to prevent HIV?

Does he have no faith that faithful Christian men will not do as the scriptures say, and be faithful and abstain from sex until marriage?

Does he expect for Christian men and women to fornicate and engage in adultery?

But that is a secondary detail; the fact of the matter is that now, thanks to the WHO, thanks to these "mass circumcision campaigns," we have religious leaders telling African Christian masses that they approve of circumcision in lieu of condoms. 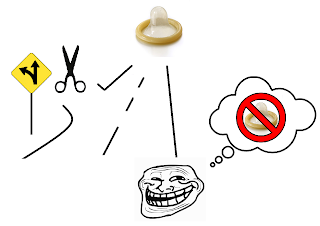 Condoms prevent HIV transmission and the transmission of other STDs in both men and women by 95%, not to mention unwanted pregnancy.

Even if the "science" were sound (and it is hopelessly full of holes), circumcision would only "reduce the risk of HIV transmission" by 60%. Women are 50% more likely to acquire HIV from a circumcised partner, as they would be 100% exposed to the viral load in semen. Circumcision also fails to prevent unwanted pregnancy. (The Catholic church loves that part...)

Which is why even the authors of all this so-called "research" cannot stress the use of condoms enough.

Is this what you wanted?

When the dust clears, the blood of millions of Africans will be on your hands.
Posted by Joseph at 7:50 AM