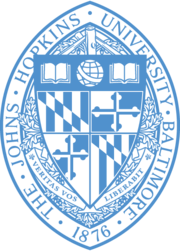 It's been a while, and I apologize for not being as frequent with my posts. My life has just gotten busier, and I no longer have the time I wish I had to devote to this. I ask for your understanding, as I will only be able to publish every so often. On with my rant!!!

When a pro-circumcision "researcher" publishes yet another "study" that "proves" circumcision is not child abuse, news outlets repeat it, each headline more emphatic than the last. When real-world data which damages the credibility of these so-called "studies" is published, all they get is a whopping "meh," if that. Why is it only pro-circumcision rubbish gets all the attention? What about this analysis? Or this one? Or this one? Is it that the media prefers to publish comforting lies than inconvenient truths? 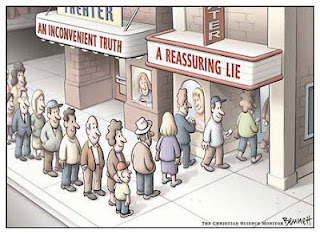 Perhaps kicked off by the ruling in Cologne, or the AAP saber rattling that has been going on recently (or perhaps both), this Monday, the circumcision preservation brigade at Johns Hopkins published a "study" that claims, according to the Baltimore Sun, that "a 20-year decline in male circumcision has cost the country $2 billion in medical costs that could have been prevented." This story also appeared in BloombergBusinessweek, ABC and the Huffington Post. Only the Baltimore Sun seemed to give a more balanced view, giving voice to the opposition; the others simply give a one-sided approach.

I'm going to take apart the dubious premises on which this "study," and the claims made by their authors, are based.

First, let's begin with who the authors and proponents are; it's nothing but the same usual suspects who can't seem to cook enough numbers to convince the world that all males need to be circumcised immediately. Who else but Aaron Tobian, who happens to be Jewish and circumcised his own son out of religious conviction. Who else but Arleen Leibowitz, who published her own "study" earlier, crying a river over state healthcare plans that have dropped infant circumcision?

Is this about preventing disease, or preserving the practice of infant circumcision which also happens to be highly-defended religious custom, not to mention a money-maker for American doctors? WHY are these "researchers" concerned about circumcision, and not other modes of disease prevention that does NOT involve penis cutting?

Let's get down to business and see what the hullabaloo is all about:

"It's never happened before... honest..."
From the Baltimore Sun:
In what is believed to be the first look at the economic impact of male circumcision on the health care system, the Hopkins scientists say that boys who are not circumcised are more prone to sexually transmitted diseases and other health problems over a lifetime that are costly to treat.

No, circumcision advocates have been trying to clothe male genital mutilation with "science" and "research" for at least a century; there are numerous analyses of "the impact of male circumcision on the healthcare system," all performed by the same people, and all reaching the same conclusion; every male that walks this earth needs to be circumcised immediately. 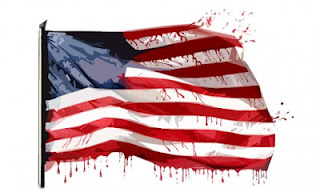 Circumcision hasn't stopped HIV in our own country. And, it hasn't stopped other STDs either. In America, the majority of the male population is circumcised, approximately 80%, while in most countries in Europe, circumcision is uncommon. Despite these facts, our country does poorly.

In fact, AIDS rates in some US Cities rival hotspots in Africa. In some parts of the U.S., they're actually higher than those in sub-Saharan Africa. According to a 2010 study published in the New England Journal of Medicine, rates of HIV among adults in Washington, D.C. exceed 1 in 30; rates higher than those reported in Ethiopia, Nigeria or Rwanda.

The Washington D.C. district report on HIV and AIDS reported an increase of 22% from 2006 in 2009. According to Shannon L. Hader, HIV/AIDS Administration, Washington D.C., March 15, 2009, "[Washington D.C.'s] rates are higher than West Africa... they're on par with Uganda and some parts of Kenya." Hader once led the Federal Centers for Disease Control and Prevention's work in Zimbabwe.

One would expect for there to be a lower transmission rates in the United States, and for HIV to be rampant in Europe; HIV transmission rates are in fact higher in the United States, where most men are circumcised, than in various countries in Europe, where most men are intact. It is telling that the HIV epidemic struck in our country in the 1980s, 90% of the male population was already circumcised. Somehow, we're supposed to believe that what never worked in our own country, or anywhere else, is going to start working miracles in Africa. 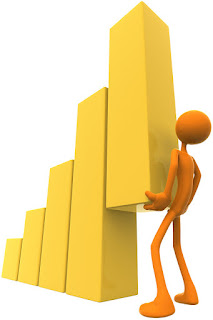 "Studies show..."
From the Baltimore Sun: "Studies have long shown that when babies are not circumcised, where the foreskin on the tip of the penis is removed, they are at risk for health problems in the long run. Bacteria and viruses can get trapped in the extra layers of skin left on the penis."

No, studies have long shown cooked, esoteric "data" that fails to correlate with reality. There is not demonstrable scientific proof that viruses are transmitted to men by "getting trapped in the extra layers of the skin left of the penis." Actually, langerhans cells can be visualized effectively fighting off HIV. The "researchers" and authors of the recent HIV crock are hard-pressed to produce visualizations of the facilitation of HIV transmission via the foreskin; what they keep coming up with is visualizations that show NO DIFFERENCE. The bulk of the "research" is merely heavily cooked numbers embellished with correlation hypothesis.

For more data on other places in the world where circumcision has failed to prevent HIV, see a previous post of mine.

More from the Baltimore Sun:
"Research has found that circumcision reduces the number of infant urinary tract infections."

Most of which was dismissed as being horrendously flawed... Some research actually shows UTIs maybe more abundant in CIRCUMCISED boys.

Men who are uncircumcised are more at-risk for cancer-causing HPV, HIV, herpes, bacterial vaginitis and other sexually transmitted diseases, studies have found.

Again, only if you look at cherry-picked data (Precisely WHAT is this "analysis" based on? Where are these people getting their numbers?); other studies show a prevalence of these diseases in CIRCUMCISED men. 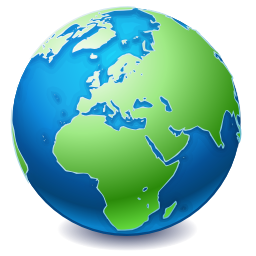 This statement is misleading; the reader would think that there is a global endorsement of circumcision as a way to prevent HIV; there are only efforts to circumcise MEN, voluntarily (at least on paper), in high risk areas in AFRICA. There is no world "push" in nations to have their men and children circumcised.

"The area beneath the foreskin of the penis is believed to have a higher density of target cells for HIV."

Notice the word "believed" in this sentence. So much for "evidence-based medicine."


"Oh the future costs! The costs!"
Baltimore Sun: "The Hopkins analysis found that when a male is not circumcised it costs $313 more in medical expenses to treat conditions he would not otherwise have suffered."

IF he suffers them. The dubious premise here is that all men who are not circumcised grow up to develop conditions that accrue medical expenses. If we are to believe Tobian and his buddies, the men in the UK, Japan, Australia, Denmark and other countries where circumcision is rare, are all clogging up urologists offices because of problems their foreskins are causing them.

The fact of the matter is, 80% of the world's male population is intact, and the vast majority of the 20% who happen to be circumcised were all circumcised as a matter of religious conviction or cultural tradition; very few men ever have penile conditions for which circumcision is indicated.

And now for the clincher:
"The researchers said that if male circumcision rates dropped to those in Europe, where 10 percent of male babies get the procedure, there would be a 12 percent increase in men infected with HIV and 29 percent in those who contract HPV." 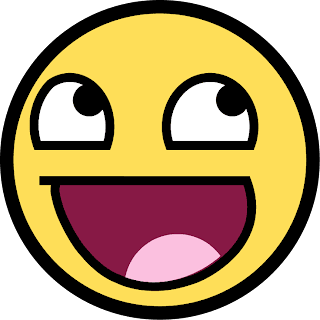 "The parents must decide..."
Quotes Richard Colgan from the University of Maryland School of Medicine:

"It is one of several pieces of information that can be used by families to make the decision that is right for them."

It's been 6 years. 6 years since the so-called HIV mumbo-jumbo came out, and there hasn't been a single medical organization in the world who has thought it compelling enough to endorse the circumcision of children. The AAP keeps hinting that it -MIGHT-, but already, we know that they stop short; AGAIN, "leaving it up to parents."

But here's the million dollar question; there is not a single medical organization in the world that has found the evidence "compelling" enough to recommend infant circumcision. They all say that there are risks, and that the benefits do not outweigh them. Families, most of who are not medically literate, are supposed to use "pieces of information" that respected health boards across the globe have not found compelling enough to endorse the practice? And somehow come up with a better conclusion?

Think about it; naive parents are being asked to make a medical judgement on an elective procedure, based on data that respected health organizations in the world could not use to endorse it.

What other procedures are parents to come up with their own diagnosis on and doctors are obliged to act based on that?

Without medical or clinical indication, how is it that doctors are performing surgery on healthy, non-consenting individuals, much less giving parents any kind of a "choice?"

"By the numbers..."
Again, from the "Baltimore Sun."
"$2 billion is how much uncircumcised males have cost American medical system"

Again, assuming intact males all had the problems Tobian etc. all say they do.

So let's tally up how much money circumcised men cost the American medical system. Let's see how the numbers line up with Europe, where circumcision, along with STDs, are rarer.

Tobian pulled this number out of his ass.

And finally...
There is one more dubious premise: The idea that the right amount of “science” can be used to legitimize the deliberate violation of basic human rights.

Let's just be honest with ourselves here; there would never be enough "research" or "benefits," no matter how "compelling," that would ever convince us to endorse female genital cutting of any kind. 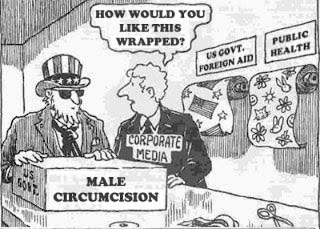 The decline in circumcision is costing the health care system billions alright; with parents waking up to the quackery that is circumcision, doctors can't cash in on this freebie at the expense of children's basic human rights anymore.