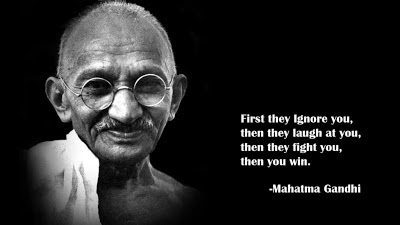 In my last post, I wrote about how the AAP decided to kick out the intactivist organization Intact America from within their 2012 trade show. I speculated that the AAP made this decision because they saw Intact America as a threat.

Kicking out Intact America from their 2012 trade show wouldn't have been their only attempt at silencing dissent; the AAP has taken the liberty of taking down, and refusing to publish moderate, referenced, well-researched letters in opposition on their website. 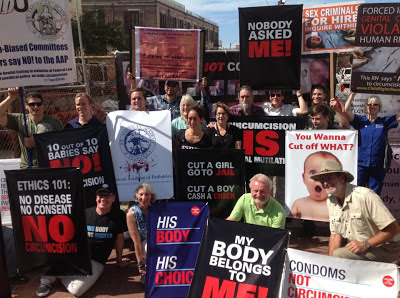 Intactivist Protesters Outside of the 2012 AAP Trade Show

It is now ever clear that the AAP has made a huge mistake, they know it, and they are feeling the burn. It is now clear that self-serving forces with an agenda are working from within the AAP to silence dissent. They are intimidated by intactivists and terrified of the truth; their actions of fear and apprehension prove it.


The AAP is mistaken if it thinks they can hide the truth from everyone. They may withhold letters of opposition, and kick out groups they do not like from their trade shows, but they WILL NOT SILENCE US.