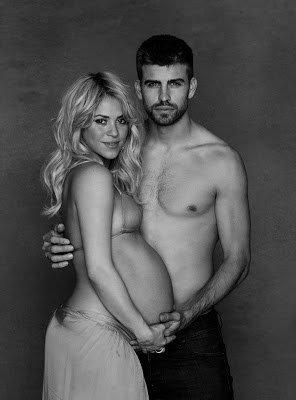 In what is at least an ostensive act of charity, Shakira is using the fact she's pregnant to help raise funds for UNICEF.

It all sounds like a noble good cause, but there's a big reason I will not donate to UNICEF, and others should become aware and refuse to fund them as well.

UNICEF promotes the circumcision of children as HIV prevention policy.

The following is an excerpt from "Children and AIDS: Second Stocktaking Report" pamphlet:

Yes, I'm sure "access to male circumcision" is precisely what these children "need."

Currently, UNAIDS is working with the Swaziland Ministry of Health to introduce and scale up neonatal circumcision, this, even though in recent studies, HIV transmission was found to be more prevalent in circumcised males in Swaziland, not to mention other African countries, and countries around the world, and there is absolutely zero evidence that infant circumcision has any effect on HIV transmission.

Another celebrity that is tacitly endorsing male circumcision as HIV transmission is Annie Lennox, not to mention others who sang with her at the Hope Rising! "benefit concert" in Toronto.

I wonder what goes through celebrities' minds when they hop onto charity bandwagons like this.

Is it that they're honestly interested in charity and helping those in need? Or is it merely empty PR projects with the intention of gaining a positive image? (Or an image at all?)

Maybe they actually really mean well, but don't scratch deeper than the surface, and are content with just being associated with "a good cause."

I grew up listening to Shakira, so part of me wants to believe she is actually interested in doing good for children, and not just taking advantage of charity to both boost her image AND announce her pregnancy.

I wonder if any of these celebrities actually look into the causes they decide to champion, or if they merely just hop on for the publicity...

Become aware of organizations that promote, finance, or facilitate male genital mutilation cloaked as "HIV prevention strategy" and BOYCOTT them.

When All Else Fails, Hire a Sports Team
Posted by Joseph at 1:05 PM