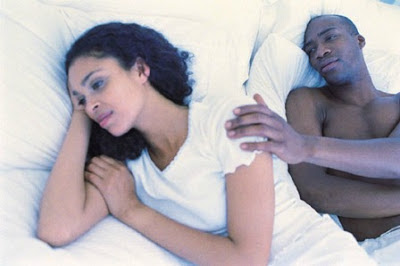 Along with a "60% reduction in HIV transmission," circumcision "researchers" in Africa promise that circumcision "doesn't diminish sex life" for men.

In fact, not only does it not negatively affect men, circumcision boosts sex life for both men and their partners!

Why, their "research" confirms it. And we all know that the more "researchers" promoters quote, (especially if it's "research" they conducted themselves) the truer their statements are.

But as I always say on this blog, there is something wrong with "research" and "findings" that don't correlate with reality.

A random survey was recently conducted amongst sex workers in the Harare red light district, Zimbabwe, by publication Zim Diaspora, which has made some interesting discoveries.

Apparently there are different prices for circumcised vs. intact clients, and circumcised men get charged more.

The reasoning behind this is that circumcised men take longer to orgasm, perhaps due to a diminished sensitivity, as a result of the removal of nerve endings in the foreskin. A longer sex session means less time to spend with other customers, and therefore a loss in potential clientele.

Said one prostitute to Zim Diaspora: "You see the problem with circumcised clients is they take too long to complete a single round. I might risk losing revenue from other clients and waste time on one guy for the same price, so we therefore push our charges upwards if one is circumcised."


According to other sex workers, the price increase can be from 20 to 30 US dollars if the client in circumcised.

Diminished sensation and therefore a longer sex session makes sense, considering research that shows that circumcision removes the most sensitive part of the penis. 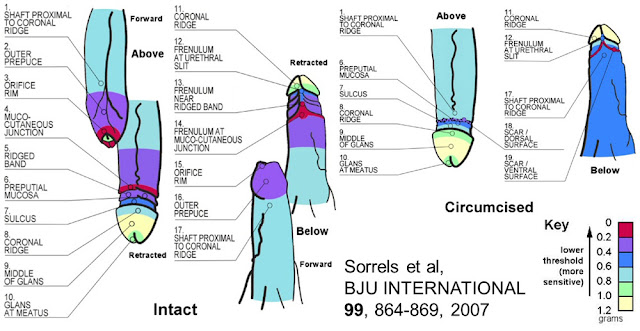 In addition, research outside the all-too-famous "African trials" fails to coincide with "researcher" claims that circumcision makes sex great and wonderful.

Be that as it may, some promoters of circumcision try to market the undeniable decrease in sensitivity as an advantage, because this makes men "last longer" in bed.

Perhaps it is an advantage for those insatiable women who want a long sex session.

This ceases to be an advantage when the sex session lasts a little too long.

The sex begins to hurt, the man becomes frustrated because he is not any closer to climaxing, and the woman wonders to herself when in the world he's going to finish.

This is my own speculation, but it may be in fact, that the men aren't finishing, which could be ironically the reason these men procure the services of a prostitute, and why men are willing to pay the extra price.

Interesting facts:
According to the latest health demographic survey in Zimbabwe, HIV is more prevalent in circumcised men. (The figures were similar - circumcised 16.6%, non-circumcised 14.2% - in 2005, before the circumcision campaign began in 2009.) 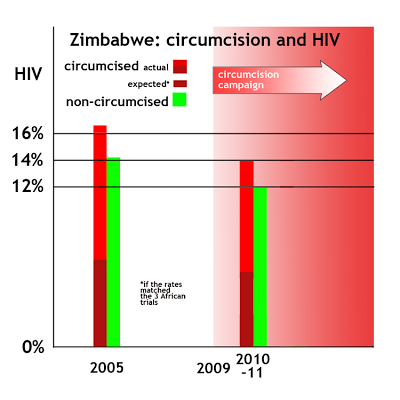