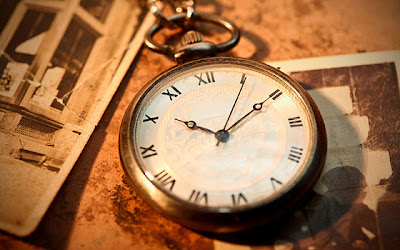 In my last post, I wrote about the WHO and its codifying of a completely bogus diagnosis. I just read another blog post which goes into greater detail regarding the history of the diagnosis "adherent prepuce," and the normal development of anatomically correct male organs, which has already been well-documented in medical history. I thought it warranted a re-post on my blog, so I asked permission from the original blogger, dreamer, if he would allow me to do so and he complied. I feel it will be a good lesson in history and male anatomy for my readers.

By dreamer - August 27, 2013
Or can the World Health Organization can be hijacked by special interest groups?

"The adhesions between glans and foreskin are divided with a hemastat (artery forceps). "

Yet Douglas Gairdner in his 1949 "The Fate of the Foreskin" article, indicated that "It will be seen that preputial "adhesions" is an inapposite term to apply to the incompletely separated prepuce, suggesting as it does that the prepuce and glans were formerly separate structures."

"Balanopreputial" means specifically something that is related to the glans ("balano") and the foreskin ("prepuce").

Synechiae is defined as an adhesion between two parts of the body.

Lamina refers to a structure, particularly a flat structure (2D)

In Anatomy, a membrane may refer to a thin film that is primarily a separating structure.

While this term is difficult to find, I've found references to the process of "balanopreputial separation" as an external sign of puberty in rats! More details here.

A book on Pediatric Drug Development includes the term "balanopreputial separation" again in reference to rats.

What about people?
It is known and reference in literature even as old as 1933, that "the prepuce in the human penis is adherent to the glans at birth, a layer of stratified squamous epithelium being interposed, and shortly after birth these parts become separated so that the prepuce may be retracted.", and the presence of this epithelium is referenced in this article as being described as far back as 1860.

The glandulopreputial lamella is defined as "a layer of embryonic epithelial tissue that gives rise to the prepuce."

A lamella is a thin plate-like structure.

The development of the balanopreputial cavity in one humped camels has also been studied, finding references to the same lamella.

A 2010 paper describes the Development of the Glandopreputial Lamella and Sulcus in Female Fetuses, including the presence of a "stratified squamous epithelium" - the same epithelium mentioned in 1933 and in 1860.

So, this epithelium as a normal part and stage of the development of the foreskin has been known for at least 150 years. Whether we call it epithelium, or membrane, or synechiae, or lamina, we are referring to the same thing. A normal structure that connects the glans and the foreskin during their development.

The same 1933 paper describes that "The separation of the prepuce in the human penis is essentially a process of keratization of the intervening epithelium. It begins anteriorly and posteriorly at about the same time and proceeds toward the center. When confined on all sides the separation manifests itself as an epithelial pearl formation. On the surface, as is possible in the anterior region, it appears as a desquamation."

What's more important is that the paper then indicates that "Separation is not completed at birth, but is accomplished sometime during infancy or early childhood."

The exact age of retraction has been a subject of debate. This old paper indicated that " Unless the prepuce has been retracted, slight adhesions may persist in the posterior regions of the glandar lamella at 5 and 6 months. Separation is sufficient at the 10-day stage to allow mechanical retraction without danger of a tear, apparently an important factor in completing the division."

Based on more recent observations, the Royal Children's Hospital in Melbourne posted in 2013 that "The normal foreskin is attached to the glans and is non-retractile in most newborns. Over time the foreskin separates and becomes retractile. The proportion of boys with retractile foreskins is: 40% at 1 year, 90% at 4 years and 99% at 15 years."

By what means are the foreskin and the glans attached? By the presence of a synechiae, or a membrane, or a lamina, or an epithelium.

So basically, it doesn't matter if we call it a synechiae or a membrane or a lamine or an epithelium. There is a normal structure that appears during the normal development of the fetus (male or female), which later starts to dissolve and separate, and the final product, usually years after birth, is the presence of a separate glans and prepuce, either the glans penis and the foreskin on the male, or the clitoris and the clitoral hood on the female.

So there is no need to play thug of war over the use of one word or another. This structure exists, has been described, has been sufficiently observed and it's normal. There is no denying this.

Which is why it can only generate shock that the new 2013 ICD-10 codes of the World Health Organization, scheduled to go into effect in October 2014, include a code (N47.0) for "adherent prepuce, newborn" as part of the disorders of the male genitals.

And who can guess what procedure cures this condition?

If this doesn't sound like a conspiracy to circumcise the world, then I don't know what is it. I can only conclude that the World Health Organization has been hijacked by a special interest group.