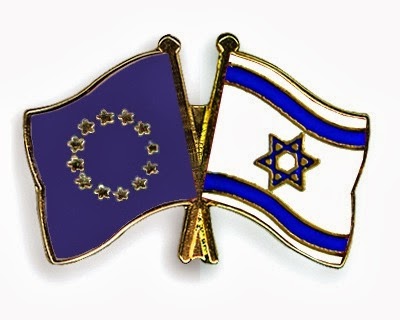 The Israeli Knesset's efforts to replace the recent resolution adopted by the Council of Europe, which calls the non-medical circumcision of minors a human rights violation, with their own, culminated in a parliamentary hearing, which took place in Strasbourg last week.

As part of their campaign, the Knesset produced a promotional film, which they aired at the PACE hearing, in hopes of getting their wish that the latest PACE resolution be replaced, vindicating the forced circumcision of healthy, non-consenting minors.

Meanwhile, in New York, yet another case of a baby contracting herpes after a traditional Jewish circumcision ritual, where a mohel sucks the wounded penis of a newly circumcised child (AKA, Metzitzah b'peh) makes the news. (Incidentally, the current mayor has shelved his promise to repeal the New York law that requires mohels to inform parents of the risks of Metzitzah for the time being.)

Those who support the current resolution also stated their case.

I wonder if the Knesset included Metzitzah b'peh as part of their film...

Circumcision Indicted in Yet Another Death: Rabbis and Mohels are "Upset"
Posted by Joseph at 2:58 PM