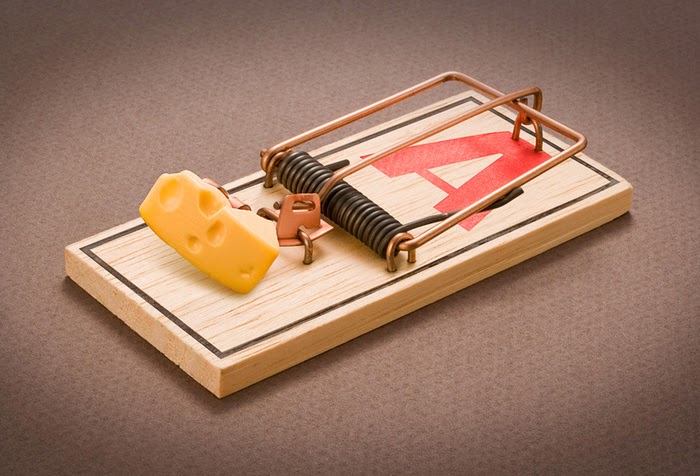 In a previous blog post, I talk about how HIV organizers are having trouble getting men to "volunteer" for circumcision, because they're falling behind on their quotas, and the men don't seem to be breaking down the doors at clinics to have part of their penis cut off (no big surprise there). I talk about how they are desperately stooping lower and lower, in order to get men to "volunteer" for circumcision out of their own "free will" (if by "free will" they mean "coercion"), from bribery, to sex appeal, to outright insults and emasculation. 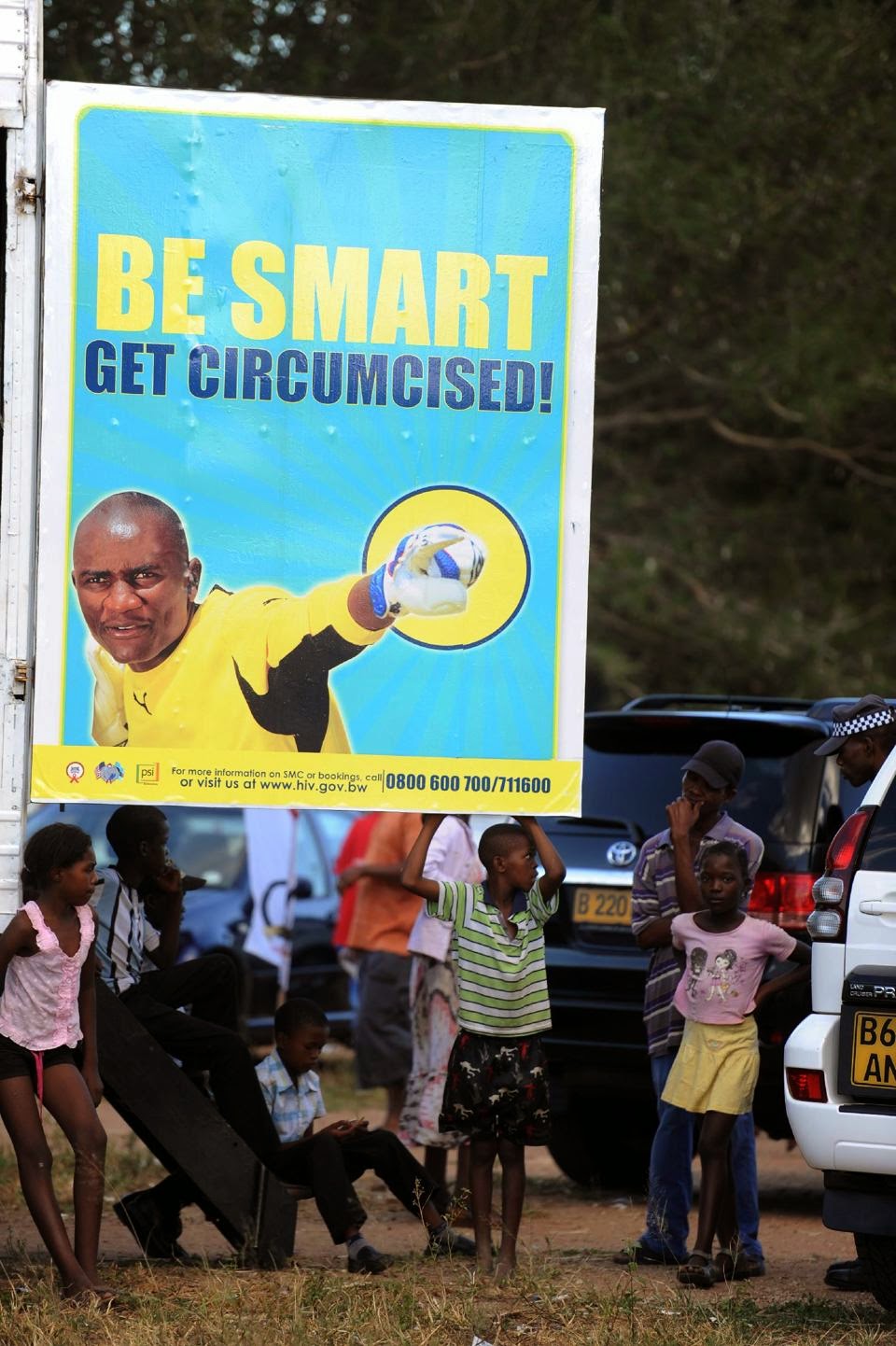 Because "being smart" can only come from having part
of your penis removed?I wonder what Africans would think
if we told them the great majority of Europeans
aren't circumcised... Not to mention the rest of
the world... That man in the purple striped shirt
is smart; he's not buying it.

It seems now, that organizers are aiming to "create" so-called "voluntary demand," or bust, by making Africans offers they can't refuse. 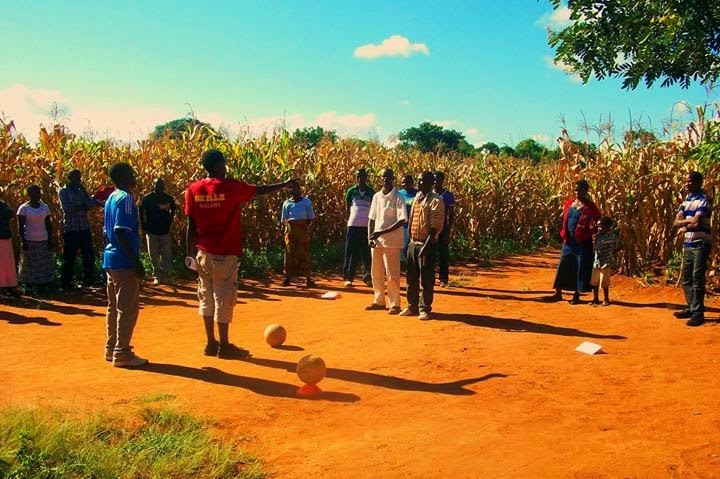 In other words, you have to "volunteer" to have your genitals mutilated in order to play.

Intactivists first heard of this last year in what we hoped would just be an exaggerated rumor. Being only hearsay, with no evidence, intactivists like myself couldn't see fit to mention it. This is what a fellow intactivist reports hearing directly from so-called HIV "researchers":

“In one presentation I sat through at a world AIDS conference (summer of 2010), a young doctor with these circumcision campaigns [in Africa] (he was marketing chief) took to the podium and explained a “successful” program. They went into the poorest communities, where the boys were mad for soccer, and bought them all new equipment and uniforms. Built them beautiful pitches to play on. Brought in well-known soccer players to inspire the boys, and got coaches. Let the boys play and get to love it. And when it came time to play in the regional tournaments, the bar came crushing down: they’d be sponsored to travel and play only if the team captain could convince most of the boys on the team to get circumcised. The peer pressure was tremendous not to let the team and community down. This doctor was positively gleeful at how successful this strategy was.”


We really hoped this would be just a bad rumor, but now it seems making circumcision a condition for participation in soccer programs is an actually strategy being implemented in Africa, which is to be presented at the AIDS 2014 Conference in Melbourne, Australia, which is happening right now (July 20 - 25). A more detailed report about this can be read here.


"Sure you can eat... IF you volunteer to get circumcised first..."
As if making circumcision a condition for soccer programs weren't enough, it now sounds like organizers are using food, FOOD, as an incentive to get men to "volunteer" to be circumcised. This has got to be the most insulting strategy for "demand creation" that can be imagined for Africans.

African countries suffer poverty. They don't have adequate medical facilities. Men and women have to travel for miles to get medical attention. They don't have enough to eat. But yes, let's CIRCUMCISE them. Sure you'll get medicine, you'll get food, you'll get advice for better living. But the price is circumcision. Give us part of your penis, and part of your children's penises if you want food, the most bare of necessity for life. We can't actually guarantee that circumcision will actually DO anything for you, but it will guarantee some food for you and your family to eat.

All of this has got to be some sort of psychological experiment with Africans as guinea pigs. You can get men to do almost anything with the proper motivation. But how is this any different than lab mice in a skinner box? 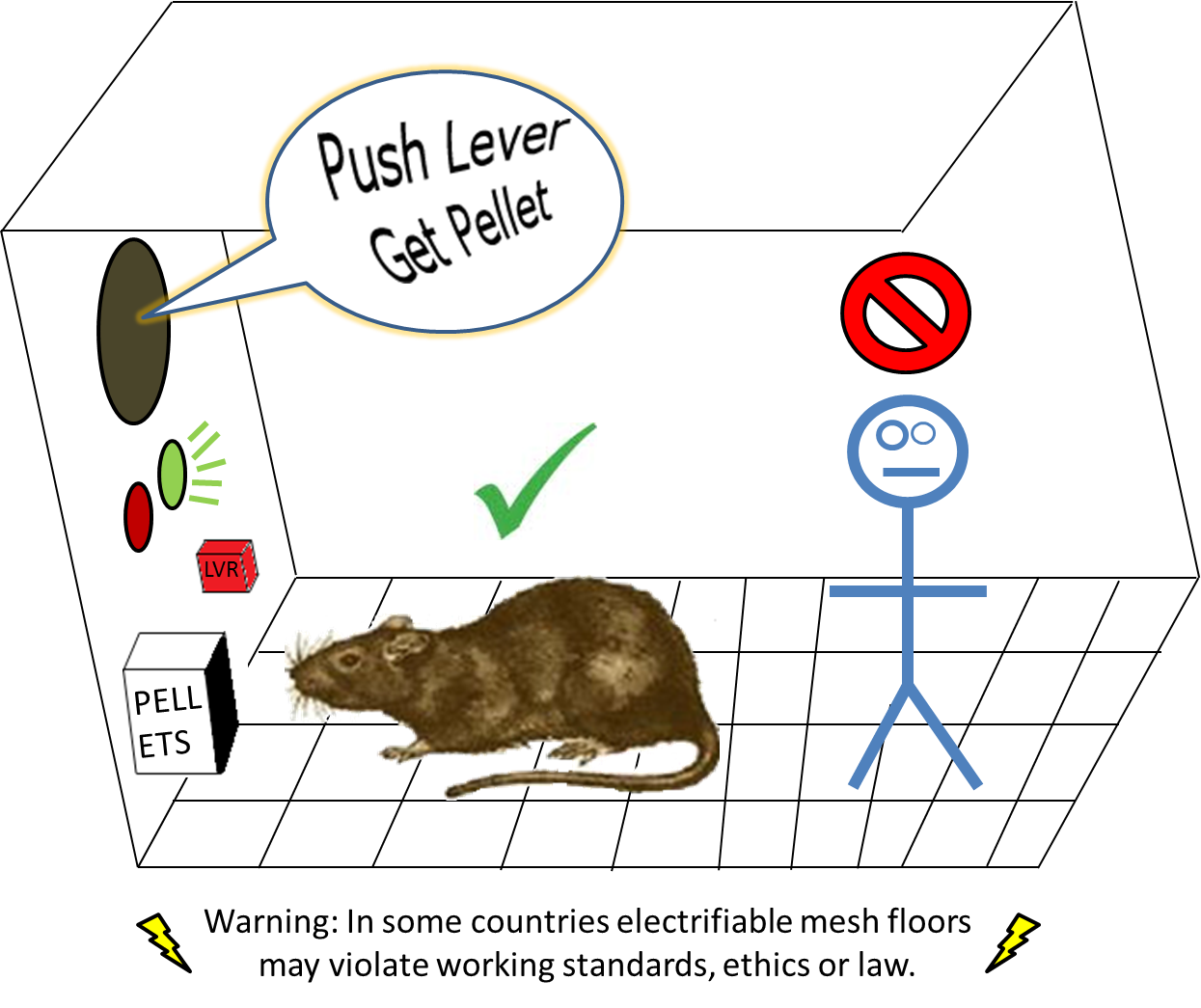 If it's "get circumcised, or get fried," how in the world is this "voluntary?"

Is it not obvious that organizers have crossed over to the realm of madness?

This is outright exploitation of Africans using HIV prevention as pretext.

There is a problem when "success" in the fight against HIV is measured, not in how much less infections we have per year, not in how much closer we are to a vaccine, but by how many people we have brainwashed about circumcision, which, even if the best "research" is correct, still fails as HIV prevention (ergo circumcised men must still use condoms). 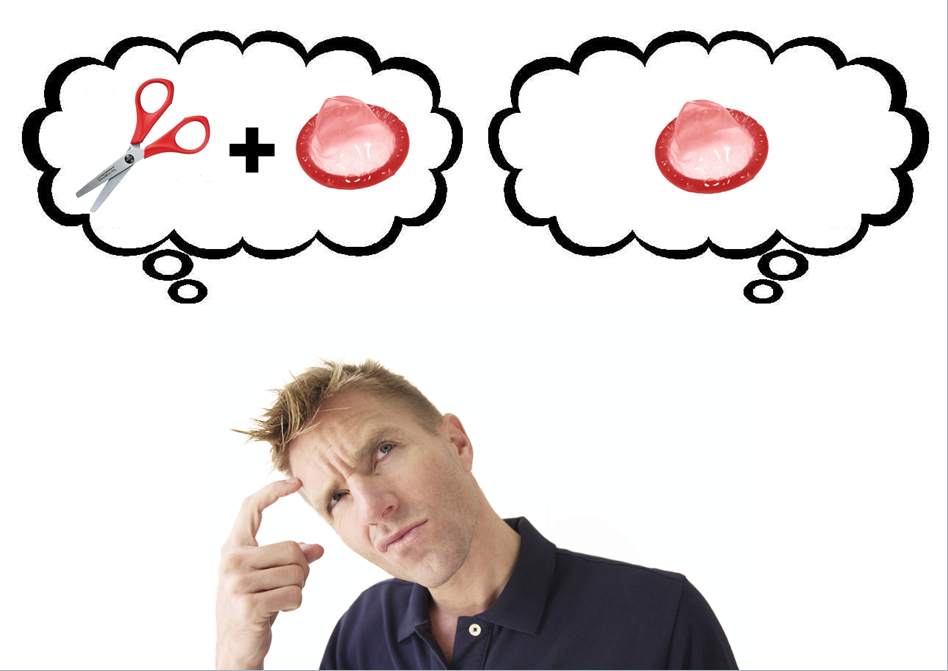 Smart men ask themselves, "If I still need to use a condom,
why even bother with circumcision?"

For heaven sakes, could we not just GIVE Africans food and water?

Could you we not just give Africans condoms and education MINUS the genital mutilation?