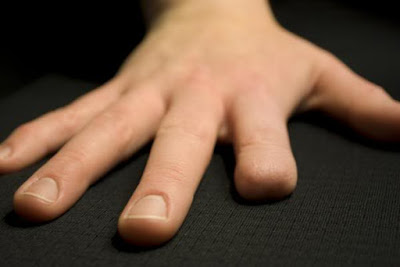 There is a tendency in Western society to dismiss circumcised men who resent their circumcisions as suffering some kind of "mental issue."

I view this as something of a paradox; while discontent circumcised men are dismissed as being "obsessed," circumcision seems to be an acceptable remedy to a body image problem, real, perceived or even hypothetical.

At least in the United States, the forced circumcision of healthy, non-consenting children is a common practice. About 1.3 million newborn boys are circumcised on a yearly basis, and the most common reasons given are his parents' desires that he "looks like his father," "fit in" with other boys in a hypothetical locker room situation, and/or that his hypothetical girlfriend would not be "freaked out."

Men who want to get circumcised to "fit in" are used as examples of "why boys should be circumcised at birth," while men who complain about being circumcised are dismissed as having "mental issues," because why wouldn't you want to fit in with the rest of society?

I really want to say that this is a phenomenon particular to America, where we have this obsession with the surgically altered penis, but I recently saw a disturbing article regarding a tragedy that happened in the UK.

A man of 35, and his mother of 66 were found dead in their home. They apparently killed themselves in a suicide pact. According to the British publication "Your Local Guardian":

"The inquest... heard that Mr Burrows, a single man, had become depressed since the age of 16 when he had a circumcision arranged by his mother.

He developed depression and dysmorphobia – a condition marked by excessive preoccupation with an imaginary or minor defect in part of the body...

At the inquest Dr Roy Palmer read a letter by Dr Indira Naganathar, who once treated Mr Burrows.
He said: “He had problems with a circumcision his mother arranged for him as a child which he believed had disfigured his penis and prevented him from having sexual relationships

“From the age of 16 he started to have depression and concerns about his appearance."

This doctor really wants to write this man off as someone who "developed mental issues," but let's analyze this line of thinking more closely.

The man may have developed a mental complex, but it's not as if this man had developed these mental issues in a vacuum; the man was circumcised at 16.

So really, writing off this man as a person who was suffering "body image problems" is an attempt to ignore the even bigger problem; WHY was this man circumcised at 16? Was it medically necessary, or could it have been avoided? Could it be that nobody wants to challenge the ideas of "parental prerogative" and/or "religious freedom?" It certainly is easier to simply dismiss this man as someone who was suffering "mental issues."

Reconstructive Surgery/Prosthetic Replacement Patients "Obsessed?"
There is a growing movement of circumcised men who resent having been circumcised, and who are going as far as tugging and stretching the remnants of their foreskin in order to attempt to replace that which has been lost.

Google "foreskin restoration" and you will see a list of sites dedicated to this practice.

Some would go as far as to say that these men are "obsessed" and suffering similar body image "mental issues" as the man above. 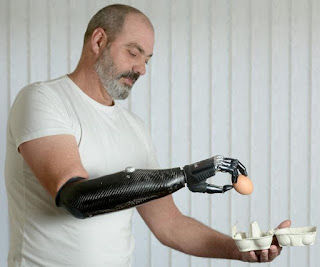 A man learning to use a bionic arm 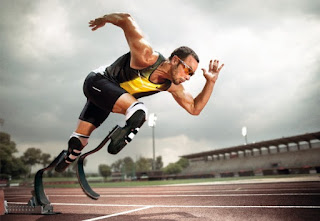 A man running on prosthetic legs 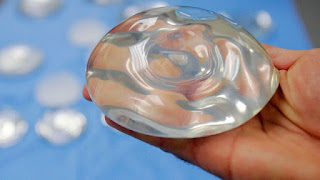 
There are efforts to help even those who were born without those parts.

Because we accept these to be normal, healthy body parts.

We consider their presence "normal" and their absence "abnormal."

Sometimes, people are born with birth defects or genetic anomalies, such as 6th fingers, or clefts.

Would we consider people wishing to correct these anomalies as "obsessed?"

No, because we consider these body appearances to be "abnormal," and in some cases, they get in the way of normal, every day life.

This would be true body dysmorphic disorder, because otherwise healthy people would be yearning artificial, distorted images of themselves.

So Who Has a Problem?
Were this man's "mental issues" inherent? Or were they externally induced?

Could foreskin restorers be compared with the people wanting to seek replacement therapy?

Or are they more akin to people wanting to alter their normal bodies?

To the objective observer, the answer is obvious.

Having a foreskin is not a birth defect. Neither is it a congenital deformity or genetic anomaly akin to a 6th finger or a cleft.

Being born with the foreskin is human standard.

The lack of a foreskin is not an "imaginary" or "minor defect" in the body. It is very real, and in the case of circumcision, it is no "defect," but a forced, artificial phenomenon.

In the absence of a true medical necessity that calls for surgery, yearning to be circumcised is longing for a distorted, imagined idea of what the human penis is supposed to look like.

Therefore, it's not men who resent their circumcisions who have some kind of "mental problem," it's men who view the normal, intact genitals they were born with as "defective" and who would seek surgical amputation to alleviate this perceived "problem" who are suffering "mental issues."

Even with men circumcised as newborns, who have no recollection of ever being circumcised, and who don't know what it's like to have a foreskin, but would have liked to have remained as nature made them, I would argue that they don't have "mental issues" and that their concerns are valid.

Why? Because from a biological standpoint, their "defects" aren't a "false perception"; compared with the human standard, a penis without a foreskin is anatomically incorrect.

From a biological standpoint, the foreskin is standard equipment.

From a biological standpoint, missing a foreskin IS a defect.

Lo, it is a forced, artificial phenomenon; a distorted image of what a human penis is supposed to be.

A person missing a foreskin has every right and reason to believe that there is something wrong, because from a biological standpoint, there is.

To be missing normal, healthy body parts that humans are normally born with, and the majority of the men in the world still have, to be consciously aware that something is wrong with your body, to know exactly why that is, all meanwhile being told "You're fine, and worrying about this is a mental issue." is something of a mindfuck.

Being forced to live a mental and physical lie is sure to drive people INSANE.

The doctor in this case is engaging in victim-shaming.


Related Posts:
PLANNED PARENTHOOD: Mutilated is the New "Normal"
Posted by Joseph at 12:09 AM