ARKANSAS: Another Baby in the ER After Circumcision 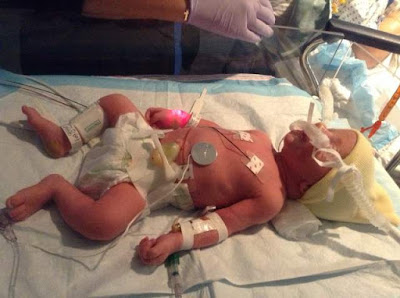 I don't have time for a long, drawn-out post today, so I'm making this brief.

Another newborn was in the ER due to hemorrhaging after his circumcision in Arkansas.

The AAP lists the percentage of risks and complications of male infant circumcision at 0.2%, though I don't believe them because they've got incentive to downplay that number; at 1.2 million male newborns circumcised a year, a great number of AAP members still reap profit from performing this elective, non-medical procedure on healthy, non-consenting minors. Given this reality, the AAP can't verily release data that disenfranchise their members.

The risks and complications of circumcision include infection (MRSA, herpes, etc.), hemorrhage, partial or full ablation and even death.

At 0.2%, that sounds like a small, negligible number, but apply it to the 1.2 million babies circumcised a year; because this surgery is completely elective and non-medical, the risk for it should be 0.

Here is another child admitted to the ER due to hemorrhaging. Is the AAP counting? 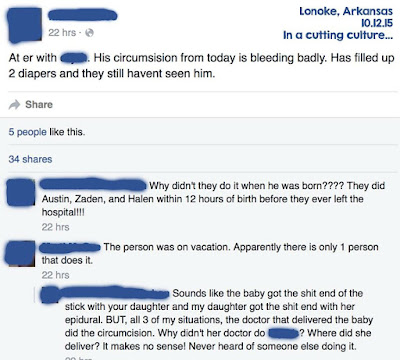