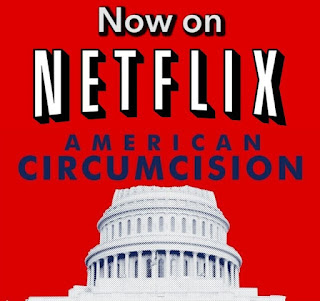 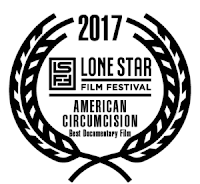 The film is making new waves. The film has only just been released on Netflix a few days ago, and it's already causing a Twitterstorm. It has been endorsed by organizations such as APPAH and blogs such as Towleroad.


@circmovie Well done! We must protect our boys from trauma at the beginning of life, especially if we want a world where safety, trust, love and connection are the blueprints with which all human beings express their lives.
— APPPAH (@APPPAH) December 18, 2018

‘American Circumcision’ is on Netflix, and Its Director Has a Few Things to Say About It https://t.co/glKi2S2wCI pic.twitter.com/70Wmg1jyUK
— Towleroad (@tlrd) December 18, 2018


It has only been the second day since its debut on Netflix, and it's ALREADY moved into the "Popular on Netflix" category. 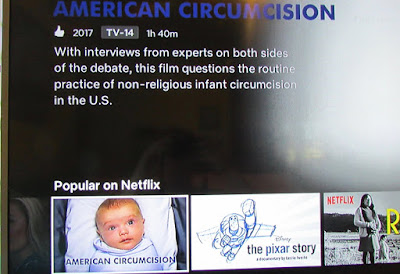 Tweets of people's reactions are pouring in, and they range from complete "I never knew!" moments, to expected reactions from people who "don't see what the big deal is." (But thought it important enough to tweet about anyway.)

I don't want to post any on here that will result in having those comments removed, thus resulting in an empty space on my blog, so I'll let Twitter users verify for themselves. Just follow the film's Twitter account @circmovie and read the reactions for yourself.

However you might feel about the procedure, one thing is for sure; cat's out of the bag. Male infant circumcision is no longer the taboo subject it once was. The conversation is happening, so you might as well become aware and informed on the topic. American Circumcision is a good start.