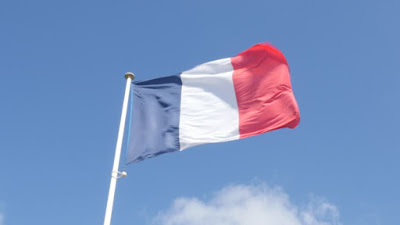 This was recent news, but on the count of I can't read French, I just recently got wind of it. Were it not for a fellow intactivist who translated this from French to English, I may have never heard of it.


I'm not going to comment on it, as I think it's pretty self-explanatory.

A French man has won a conviction against the surgeon who circumcised him as an adult. The court acknowledged sexual harm and ethical harm following the lack of information on alternatives to circumcision.

In early 2016, the Tribunal de Grande Instance (TGI) in Paris ruled on a dispute between a patient and his surgeon, a member of the French Association of Urology. In 2007, then aged 26, the patient was circumcised by his surgeon for an indication of a phimosis. Not only did the surgeon not inform him about the risks and consequences associated with this action, but he failed to propose less invasive alternative therapies.

Deeply affected by the injury, especially by a loss of sensation following the removal of his foreskin, the victim of this procedure decided to sue the surgeon in court and won the case.

After an investigation which revealed that the recommendation to circumcise was made "arbitrarily", and further that the operation had not been carried out properly, the Paris Court fined the surgeon almost 32,000 euros in compensation:

Essentially, what can we learn from this judgment?

This is a landmark judgment: the time has come for circumcision victims not to hesitate to prosecute those responsible for their mutilation.

There's been a policy of covering-up, and medical insurance, public or private, will have to make a 180 degree turn: in France, circumcision simply has no place in health care practices, except in extremely rare exceptions. How many circumcisions are performed each year on infants or children under the guise of "phimosis" in order to receive a payment by the medical system? * This fraud is all the more immoral considering it generates great suffering, as illustrated by the testimony of victims, among others.

This judgment confirms the position of the organization Droit au Corps; namely, that we need to have a public debate surrounding consent to circumcision.

What Your Dr. Doesn't Know Could Hurt Your Child
Posted by Joseph at 9:22 AM