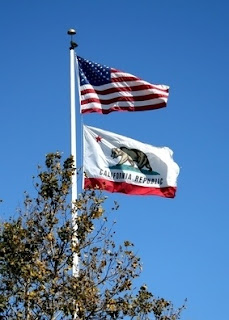 Recap
I've already written about the legal circumcision battle that has been waged on the state and federal levels.

The long and the short of it is that Congressman Brad Sherman and his former employee California State Assemblyman Mike Gatto are trying to pass measures that basically decree that infant circumcision is "medically beneficial."

Respected medical organizations in and outside of the United States have consistently stated that there is not enough evidence to endorse the practice. If made into law, the measures would codify statements that no medical organization in the world has ever dared to make.

While Gatto's law in California focuses on dictating the medical validity of non-therapeutic elective surgery, the bill Congressman Sherman has introduced in the House of Representatives, the "Religious and Parental Rights Defense Act of 2011", specifically asks the government to sanction circumcision as a religious practice, challenging the 1st Amendment, and bringing into question the validity of the  U.S. Female Genital Mutilation Act of 1996, which, by definition, also infringes on "religious and parental rights."

Here's the Latest...
Whereas the bill on the federal level, also known as H. R. 2400, was assigned to the House Comittee on Energy and Commerce on June 24th this year, and has not made it past this point, the bill on the state level, also known as AB768, has already been approved unanimously by the Senate Judiciary Committee (5-0) and the State Senate (37-0),  and by the Legislature. Amendments made to the bill have been passed by the Assembly and is at Governor Jerry Brown's office to be signed. Being presented as an "urgency bill necessary for the immediate preservation of the public peace, health, or safety," it will take effect immediately as soon as it is signed. If it passes, California will be the first state to enact a law that defies all of medicine.

Urgent
Governor Brown has until October 9th to sign or veto AB768, which says that "Male circumcision has a wide array of health and affiliative benefits" and that "No city, county, or city and county ordinance, regulation, or administrative actions shall prohibit or restrict the practice of male circumcision, or the exercise of a parent's authority to have a child circumcised."

In short, AB768 codifies medical statements that take an unfounded position against the best medical authorities of the West, and absolves medical professionals for non-therapeutic surgery on minors based on them. The measure is a clear attempt at sanctioning religious practice under the guise of medicine, and flies in the face of the First (freedom of religion), Fourth (security of person), and Fourteenth (equal protection under the law) Amendments of the US Constitution.

If you oppose measure AB768, please go here, scroll down to AB768, choose "con" and ask Governor Brown to veto it.

Contact Your Representative
If you are opposed to the "Religious and Parental Rights Defense Act" (H. R. 2400) and would like to take action to stop it, I strongly suggest you use POPVOX to contact your Representative. It is also a good idea to contact other Representatives, particularly those on the House Committee on Energy and Commerce, which is considering the Bill. When you write, be sure to include a clause which specifically says "I oppose H. R. 2400."

Let Your Voice Be Heard!
The chances that the Governor will veto this bill are slim, but don't let this stop us from speaking out! Even if he does sign, he and his staff will had to have seen our response. Nothing is ever going to be accomplished if we keep quiet.

I was writing to ask that you please use your power to stop the passing of AB768, the law to "protect" infant circumcision.

There are more reasons than one.

First of all, the bill would codify into law statements that absolutely no medical organization in the world has dared to make. The trend of opinion on routine male circumcision is overwhelmingly negative in industrialized nations. In fact, every American medical board has consistently refused to recommend circumcision for infants, saying there is not enough evidence.

No respected U.S. based medical board recommends circumcision for U.S. infants, not even in the name of HIV prevention. They must all point to the risks, and they must all state that there is no convincing evidence that the benefits outweigh these risks. To do otherwise would be to take an unfounded position against the best medical authorities of the West.

But secondly, this bill is a case of special pleading. It says clearly in our constitution:

"Congress shall make no law respecting an establishment of religion."

If this bill gets passed, it would be a direct challenge to the federal ban on female genital cutting, because it violates "religious and parental rights."

This bill would defy all of modern medicine, protect religious interests and open up a can of worms.

Sir, I call upon you to please do what is right as governor and halt this bill from passing.

Thank you for your concideration.
Posted by Joseph at 9:26 PM