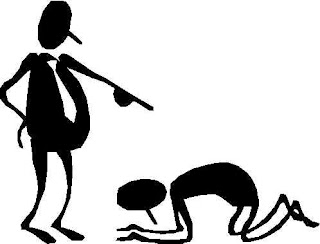 According to BBC, Deputy Prime Minister Thokozani Khupe has called on Zimbabwe's male MPs to "set an example" in the fight against AIDS and get circumcised. And who can blame her, if she's bought the line (or maybe she has been paid to say?) that "circumcised men are 60% less likely to get infected with HIV?" (Actually, it doesn't.)

Of the eight MPs the BBC has spoken to, only one said he might consider it. Another has rightfully called it "madness," while another said he was setting a good example through his behavior.

Moses Mzila Ndlovu, Minister of National Healing, told the BBC that some of his cabinet colleagues had described Deputy Prime Minister Khupe's suggestion as "madness" and "bizarre". His colleague Nelson Chamisa said it should be a matter of individual choice. (EXACTLY!)

It's nice to hear smart Africans speaking up, and that not everybody is buying into the whole circumcision/HIV gravy train.

Indeed, even the very World Health Organization, who has all but decreed that all Africans should be circumcised, is careful to say that, even if the latest "studies" were correct, "[m]ale circumcision provides only partial protection," and that it should be part of a "comprehensive HIV prevention package" that includes HIV testing and counseling services, treatment for STD infections, the promotion of safer sex practices and the provision of condoms and the promotion of their correct and consistent use.

Even if the recent trials were accurate (and their credibility is highly questionable), circumcision could only reduce the relative risk of acquiring HIV between circumcised and uncircumcised men by 60% over a period of about one year. Condoms have an absolute reduction risk of acquiring HIV that's over 95% (closer to 100% when used properly), making circumcision a moot point.

Of all the legislators, Edgar Mbwembwe, from Zanu-PF was the only one who said he would go ahead with the procedure. Another, Willias Madzamure, said the call was a good idea and said he was "seriously considering" it but did not firmly commit himself.

Two female MPs backed Ms Khupe. "Politicians, especially elected politicians, have a responsibility beyond the personal - they would set a good example if they did so, " Jessie Majome said.

Yes, it's always very easy to support circumcision when you're not the one who has to undergo it, eh Jessie? There are actually "studies" that show a "lowered risk" in HIV transmission in circumcised women here, here, and here. Maybe she should "lead by example" and go get circumcised herself?

More to the Deputy Prime Minister's Call than Meets the Eye?
Zimbabwe is one of the countries worst hit by AIDS, and the government launched a campaign to circumcise up to 80% of the country's young men (some three million people) last year. Only a few of Zimbabwe's ethnic groups practise circumcision for cultural reasons, and as evidenced by the attitudes of the MPs, there is notable resistance.

Now WHY has the Deputy Prime Minister openly made the call for MPs to "lead by example," get circumcised and announce it to the world? Why is she calling for a public display of endorsement? Could it be that like Swaziland, Botswana and now Kenya, not very many men are jumping to get part of their penises cut off, and "mass circumcision campaign" organizers are failing to meet their quotas in Zimbabwe? It would be interesting to know how far along their 80% quota Zimbabwe circumcision promoters have gotten. It might reveal the real reason for Khupe's call.

So What is Plan B?
I will keep asking; have "mass circumcision campaign" organizers ever considered the possibility that some men may never agree to get circumcised? That some men treasure their bodies and would prefer an alternative? What alternatives do circumcision campaign organizers have ready for such men? Or was preferring to stay intact simply not supposed to be an option?

One of the prime ministers has said that he was setting a good example through behavior. Why should men who intend on staying faithful to their partners be pressured to consider an operation that does not benefit them?

Nelson Chamisa said it should be a matter of individual choice, an excellent point. What of the men who don't want circumcision? Shouldn't there be an "education package" for those who opt out of circumcision?

Again, is circumcision supposed to be the only option?

These are questions that these program organizers must answer. What if despite all the efforts, the men would prefer an alternative to circumcision? Do they have that scenario in mind? Have they prepared education packages as part of these "mass circumcision campaigns" for men who do not want to be circumcised? Or are they simply not going to offer these men that option?
Posted by Joseph at 9:02 PM